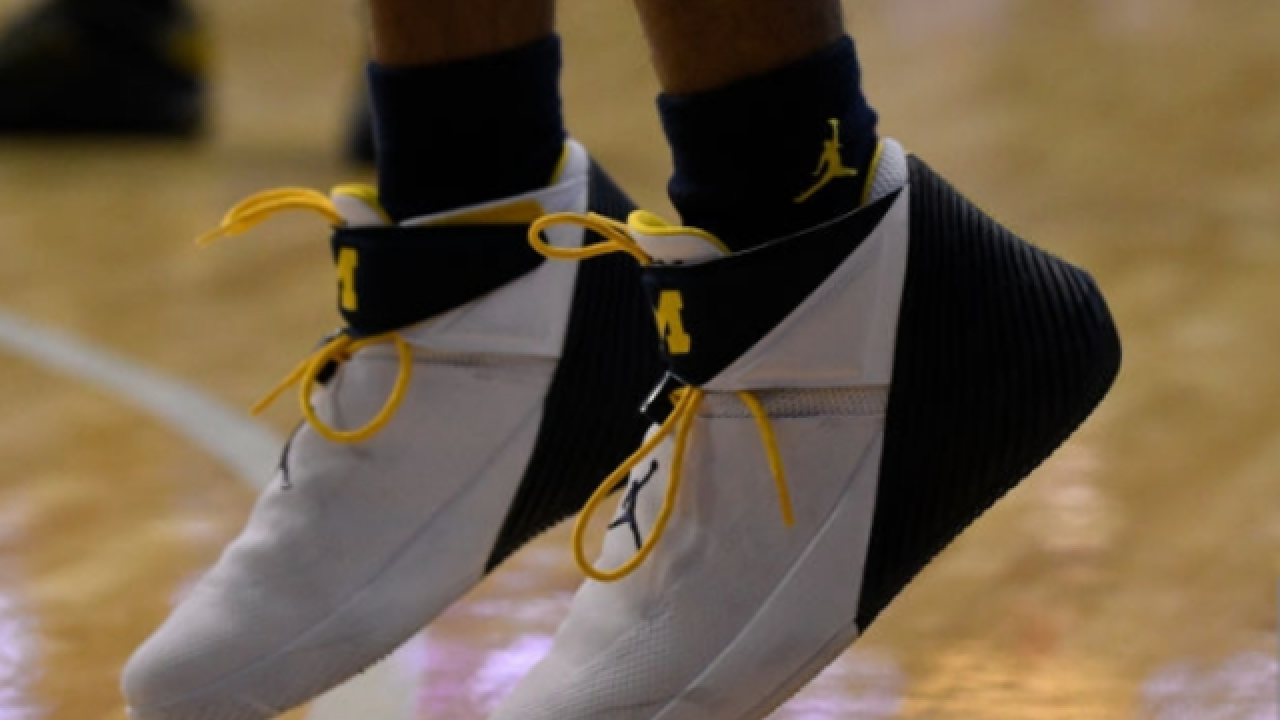 ANN ARBOR, Mich. (AP) -- The University of Michigan is trying to determine if any of its athletes violated NCAA rules by selling team-issued shoes.

The school says the athletic department's compliance office is looking into the matter. It's not clear which athletes may have been involved.

North Carolina announced Monday that 13 players will miss games while serving suspensions for selling the shoes. The school reported the secondary NCAA violations.

Spokesman Dave Ablauf says Michigan requires its athletes to sign and return forms acknowledging that any sale of team-issued shoes or apparel will jeopardize their eligibility.

Ablauf says the equipment staff writes names and numbers on shoes given to athletes. The athletes are not given the box in which the shoes were packaged by the manufacturer.