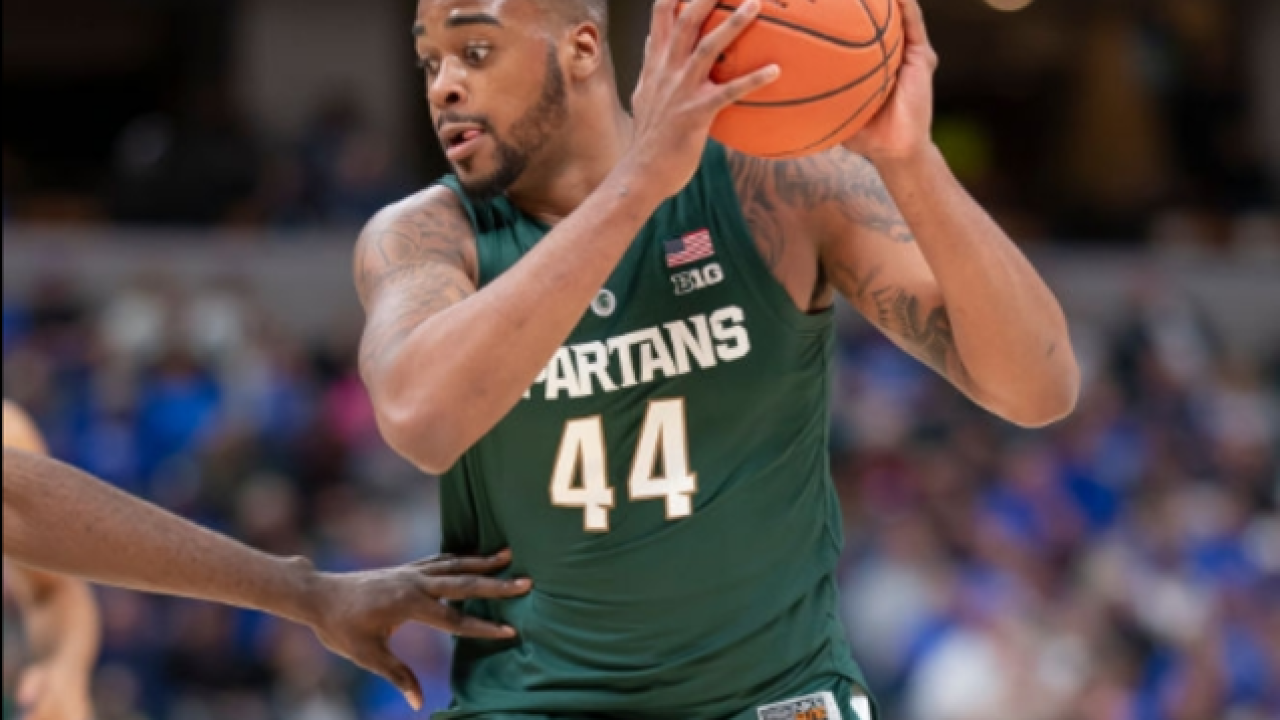 Copyright Getty Images
Michael Hickey
<p>INDIANAPOLIS, IN - NOVEMBER 06: Nick Ward #44 of the Michigan State Spartans is seen during the game against the Kansas Jayhawks at Bankers Life Fieldhouse on November 6, 2018 in Indianapolis, Indiana. (Photo by Michael Hickey/Getty Images)</p>

EAST LANSING, Mich. (AP) -- Nick Ward had 25 points and 10 rebounds, and Joshua Langford added 18 points to lead No. 10 Michigan State to a 106-82 victory over Florida Gulf Coast on Sunday night.

The Spartans (1-1) were barely challenged in their home opener and rebounded comfortably from a season-opening loss to Kansas. Michigan State led 59-35 at halftime on the strength of a dominating performance on the boards.

The previous time Michigan State faced FGCU, in 2016, the Spartans won by a point in a finish marred by a timekeeping error. This game didn't go down to the wire.

FGCU led 10-6 early before Michigan State went on a 25-5 run that broke the game open. Langford, Winston and McQuaid made 3-pointers during that stretch.

FGCU's Haanif Cheatham was called for a flagrant foul and ejected late in the first half for undercutting Ward near the basket. Cheatham appeared to be coming over to try to box Ward out, but he came in low, and the bigger Ward ended up in a dangerous position.

BIG PICTURE
FGCU: The Eagles lost their top three scorers from last season's 23-win team, but it was the defense and rebounding that let this game get out of hand. Florida Gulf Coast was outrebounded 30-10 in the first half, when Michigan State had 11 offensive rebounds to FGCU's 0. The final rebounding margin was 49-25.
Michigan State: It was an impressive all-around game for Ward, who not only contributed points and rebounds but also had a career-high four assists. The Spartans easily reached 100 points in this fast-paced game, and they had 33 assists on 41 baskets.

POLL IMPLICATIONS
Michigan State may drop a bit because of the loss to Kansas, but it's unlikely the Spartans will be punished too much by voters, especially after taking care of business against FGCU.

UP NEXT
FGCU: The Eagles host South Dakota State on Friday night.
Michigan State: The Spartans are home again Wednesday night against Louisiana-Monroe.