No. 15 Michigan aims for tuneup versus Maryland before tests 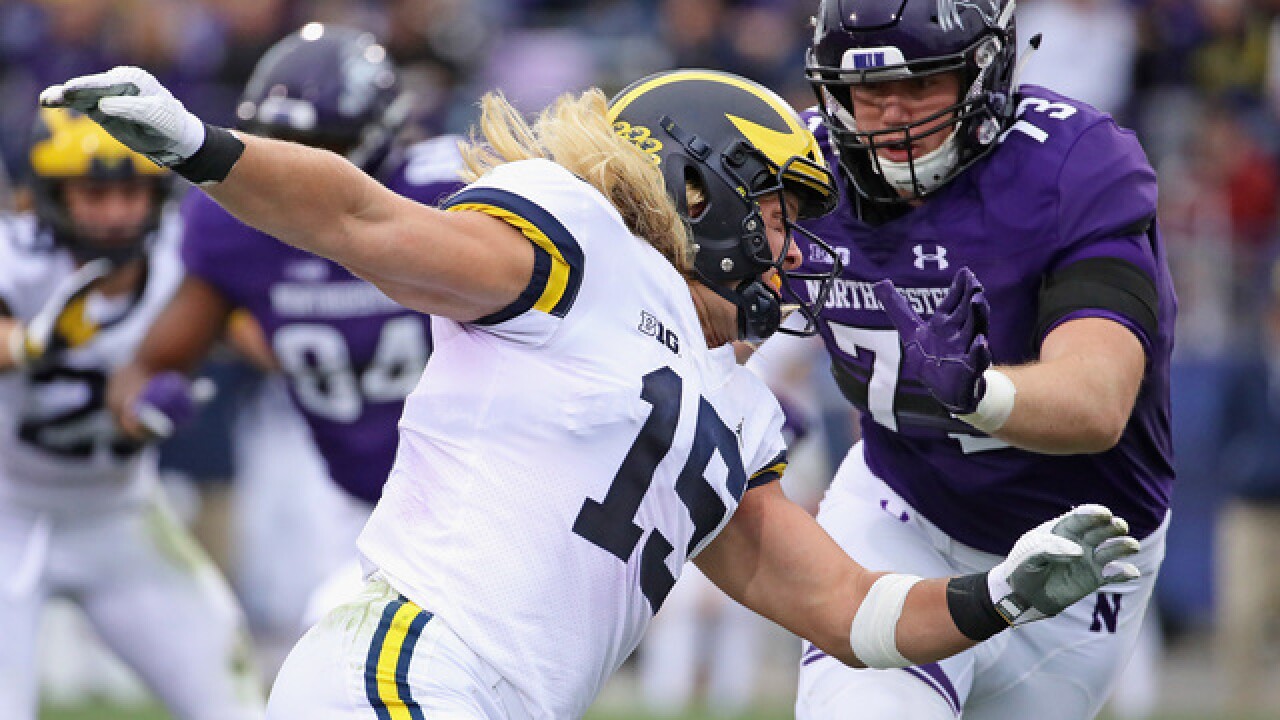 ANN ARBOR, Mich. (AP) -- Michigan's offensive line has been much maligned in recent years, getting the brunt of criticism for an offense without a consistent running or passing game.

"The narrative has been going on ever since I've been here that the Michigan offensive line hasn't been up to the standards that people outside this building would like," senior offensive tackle Jon Runyan said. "We take that personally."

The 15th-ranked Wolverines are far from perfect on offense, but their line has been opening holes for Karan Higdon and giving quarterback Shea Patterson time to pass. The defense is giving up an NCAA-low 232.6 yards per game and yet the unit still seems like it has areas of concern.

Here are some things to watch Saturday at the Big House:

GET OFF THE FIELD
The Maryland defense has excelled on third down, holding opponents to a 29 percent conversion rate compared to a Big Ten-worst 49 percent last year.
In addition, the Terrapins have only three turnovers and are 10th in the country with a plus-1.25 turnover differential.
"Our defense has been playing very, very well and they're getting off the field, getting the ball back for the offense," Maryland interim coach Matt Canada said. "Taking care of the football, ball security, and obviously getting off the field on third down, those are big, big deals."

FLAG DAY
Michigan and Maryland rank among the worst in the nation at getting called for penalties.
The Wolverines are 120th and the Terrapins are 123rd out of 129 teams, getting flagged nine-plus times a game.
Maryland has lost or given up 362 yards in penalties, including 10 for 118 against Minnesota.
Canada can accept the infractions that come after the snap, but has a problem with the offsides and illegal motion calls.
"It takes no talent to get off on the count, it takes no talent to line up onside," he said. "Any no-talent issues, we're talking about that a lot."
The other ones? Well, things happen.
"Holding, facemask, pass interference. we want guys to play hard," Canada said. "We're not going to play with fear. We're not going to play scared."

ON THE CHASE
Michigan defensive end Chase Winovich has played up to high expectations since turning down a chance to enter the NFL draft. He has 10 1/2 tackles for losses, ranking first in the Big Ten and third in the country.
"He's gaining a lot of attention," Harbaugh said. "Sometimes, it's a blocker and somebody that's chipping, or there's two. I remember one time, he got three guys. That's ultimate respect for the defensive end or pass-rusher.

HOMECOMING
Harbaugh was not in a mood to chat much at his weekly news conference, but the former Michigan quarterback got fired up when asked what homecoming meant to him."
"People coming back, whether it's a reunion or a get-together of family, it's one of the top words in the English language," he said.