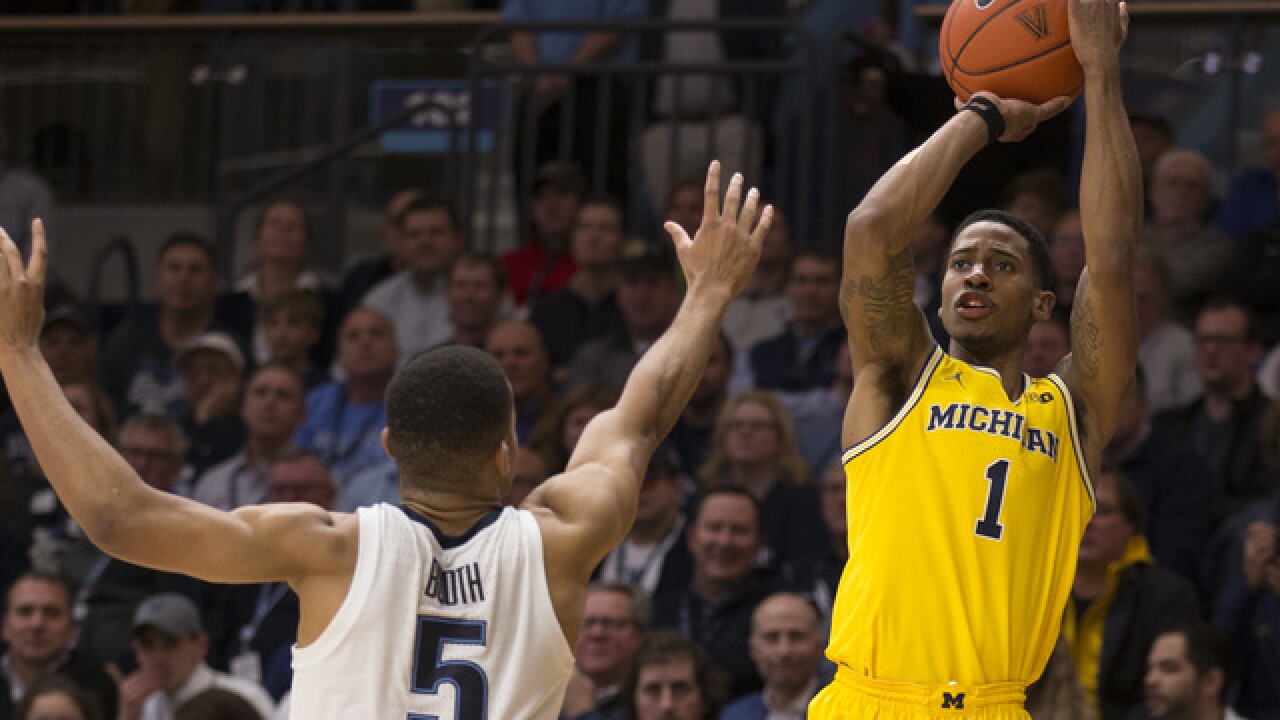 UNCASVILLE, Conn. (AP) -- Charles Matthews scored 25 points to lead No. 18 Michigan into the finals of the Air Force Reserve Tip-Off Tournament with an 84-61 rout of George Washington on Saturday.

Jordan Poole made five of his eight 3-point shots and added a career-high 22 points for the Wolverines (4-0). Zavier Simpson had 14 points, 11 rebounds and eight assists.

Michigan led by nine points at halftime and blew the game open with a 13-2 run to open the second half.

D.J. Williams had 16 points to lead George Washington, which lost its second straight game to a ranked opponent.

Michigan, which gave up just 46 points in a blowout 27-point win at No. 8 Villanova on Wednesday, held the Colonials to 39 percent shooting and outscored GW 17-2 on the fast break.

The Wolverines will play the winner of Saturday's second game between South Carolina and Providence.