No. 19 Michigan aims to maintain momentum with win over SMU 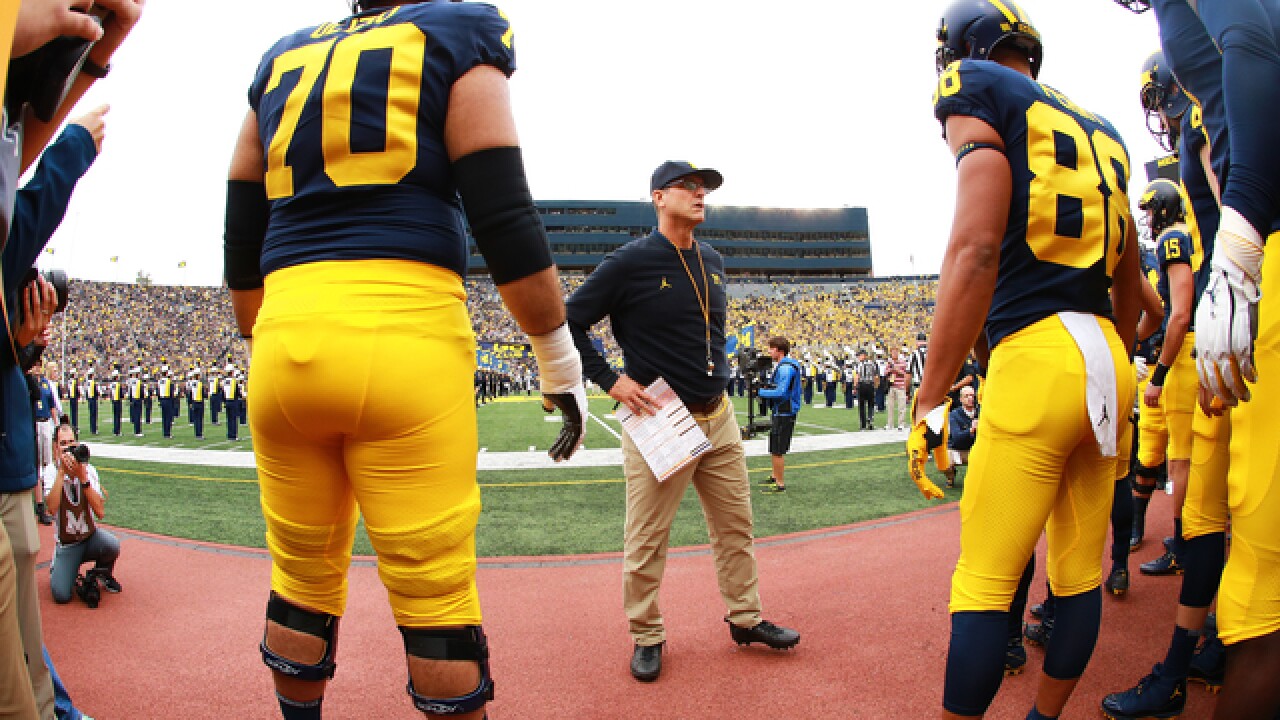 The Wolverines were successful in all phases during a 49-3 win over Western Michigan following a sputtering, seven-point loss at Notre Dame.

"It was a confidence-builder, a morale boost, especially for the offense," running back Tru Wilson said. "We've been working since last year to get better."

They seem set up for another confidence-boosting victory.

The Mustangs under first-year coach Sonny Dykes have been beaten by a combined score of 88-35 in their first two games against No. 16 TCU and North Texas.

If the Wolverines play as well as they did last week, they may be able to pick the final score. They insist SMU won't be taken lightly.

"You have to take every game like it's a rivalry or the national championship," Wilson said. "If they catch you sleeping, nobody wants that to happen."

Here are some other things know about the SMU-Michigan matchup:

GOING WIDE: Michigan quarterback Shea Patterson threw two of his three touchdown passes last week to a pair of wide receivers: Nico Collins and Donovan Peoples-Jones.
It was a significant improvement for a position group that accounted for just three touchdowns last season, none of which were scored after the second game of 2017.
Michigan coach Jim Harbaugh credits receivers coach Jim McElwain, who was Florida's head coach a year ago, for getting the most out of the group.
"I really feel like our receivers are improving, getting to where their abilities are showing," Harbaugh said. "He's doing a great job coaching them. He adds so much to everything we do game-planning."

ROUGH START: SMU hired Dykes to replace Chad Morris, who was hired by Arkansas after leading the program to a bowl for the first time since 2012. Dykes was 41-45 over seven seasons as a head coach at Cal and Louisiana Tech. He didn't inherit a favorable schedule because the Mustangs are the only team facing two Top 20 teams out of conference in the first three weeks of the season.
"Anytime you play good people, it pays off," Dykes said. "It can be painful at the time."

TWO-WAY WOVERINE: Ambry Thomas plays cornerback and returns kickoffs, including one for a score against Notre Dame. He may start to play a larger role on offense. Thomas had a 5-yard reception against the Broncos and that may have been just a sample of what's to come from perhaps the fastest player on the team.
"That's something that's good for us," Harbaugh said.

BRIGHT SPOT: The Mustangs have not had much go their way this season. Running back Braeden West has provided some highlights with a 51-yard touchdown run and a 71-yard catch for a score. He has run for 104 yards and two touchdowns and has 100 yards receiving and a score on five receptions.
"We haven't had a lot of consistency so far, but Braden has been the bright spot," Dykes said. "I expect him to have a bigger and bigger role every week."

PATTERSON'S PASSES: On a rollout to his left facing some pressure last week, the right-handed Patterson made a pass to Oliver Martin near the sideline that Harbaugh was still talking about two days later.
"That was a high-level, unbelievable play," Harbaugh said.