No. 21 Michigan aims to bounce back against Western Michigan 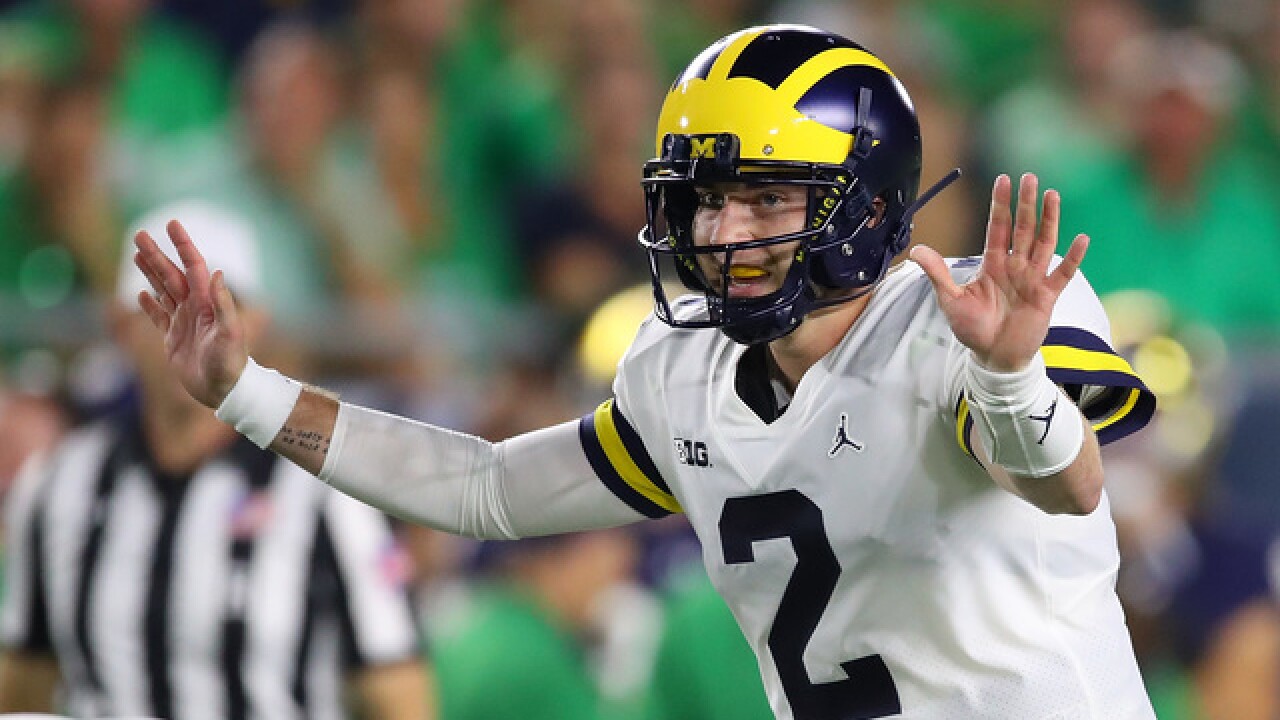 The 21st-ranked Wolverines hope to get that in their home opener Saturday against Western Michigan in a matchup of teams coming off season-opening losses.

Michigan's highly touted defense began the year by giving up two touchdowns early in the game at No. 12 Notre Dame, and the Shea Patterson-led offense didn't live up to expectations in a 24-17 loss.

Jim Harbaugh, in his fourth season as coach, could've used a victory to quiet critics.

Since starting last year 4-0, Michigan is 4-6 and has lost four straight for the first time since Rich Rodriguez lost the last five games of the 2009 season. Since starting the 2015 season 9-0, Harbaugh is 9-9, and former players such as Braylon Edwards have joined the chorus of people no longer singing the school's praises.

Days after the latest defeat, University of Michigan President Mark Schlissel said Harbaugh was not on the hot seat and added he's under contract for four more years.

"Everybody inside our team believes in each other and believes in the team," Harbaugh said. "We stress the importance of going from Week 1 to Week 2. Never more important than with this ballclub. You're looking to make all those strides you can in this one week."

Here are some other things know about the Western Michigan-Michigan matchup:

STAYING THE COURSE: The Wolverines' weakness entering the season appeared to be their offensive line. Based on its performance against the Fighting Irish, the front may still be Harbaugh's biggest problem. Instead of shaking up the lineup, he plans to stick with the same five linemen against the Broncos.

WELCOME BACK: Michigan had a handful of receivers transfer during the offseason, and one of them is coming back to the Big House. Western Michigan's Drake Harris, a graduate transfer, had one catch for 12 yards in last week's loss to Syracuse. He started two games for the Wolverines, played in 26 games, and had nine receptions for 60 yards over three years.

PUNCHER'S CHANCE: Western Michigan's best hope to pull off the upset is probably to push the game into a shootout. The Broncos scored 28 points in the third quarter against Syracuse, rallying to pull within a touchdown after trailing 34-7 at halftime before closing with a 55-42 loss .
Jon Wassink threw for 379 yards and three touchdowns and ran for a score against Syracuse. LeVante Bellamy ran for 120 yards and two touchdowns, and Jayden Reed had seven receptions for 121 yards and a score against the Orange.
"We do have enough ability to put points up and we feel like we can score on anybody," Western Michigan coach Tim Lester said.

HURRY UP: The Wolverines opened the second half at Notre Dame with a delay-of-game penalty and didn't seem to have a sense of urgency on offense late in the fourth quarter down by 14 points.
"That's something we can improve," Harbaugh acknowledged. "We're addressing that."

HE SAID IT: Even though Western Michigan has only one win over a ranked team in school history and is expected to lose by four touchdowns at Michigan, Bellamy said the Broncos won't back down and fold.
"I don't care who we play," Bellamy said. "We could play a team in the NFL. I just line up and play the game. I feel like any team we play, they have to put their pads on just like we do. End of the day, we're all human. It's my guys against your guys. End of the fight, we'll see who's still standing."