No. 4 Michigan center Cesar Ruiz headed near home at Rutgers 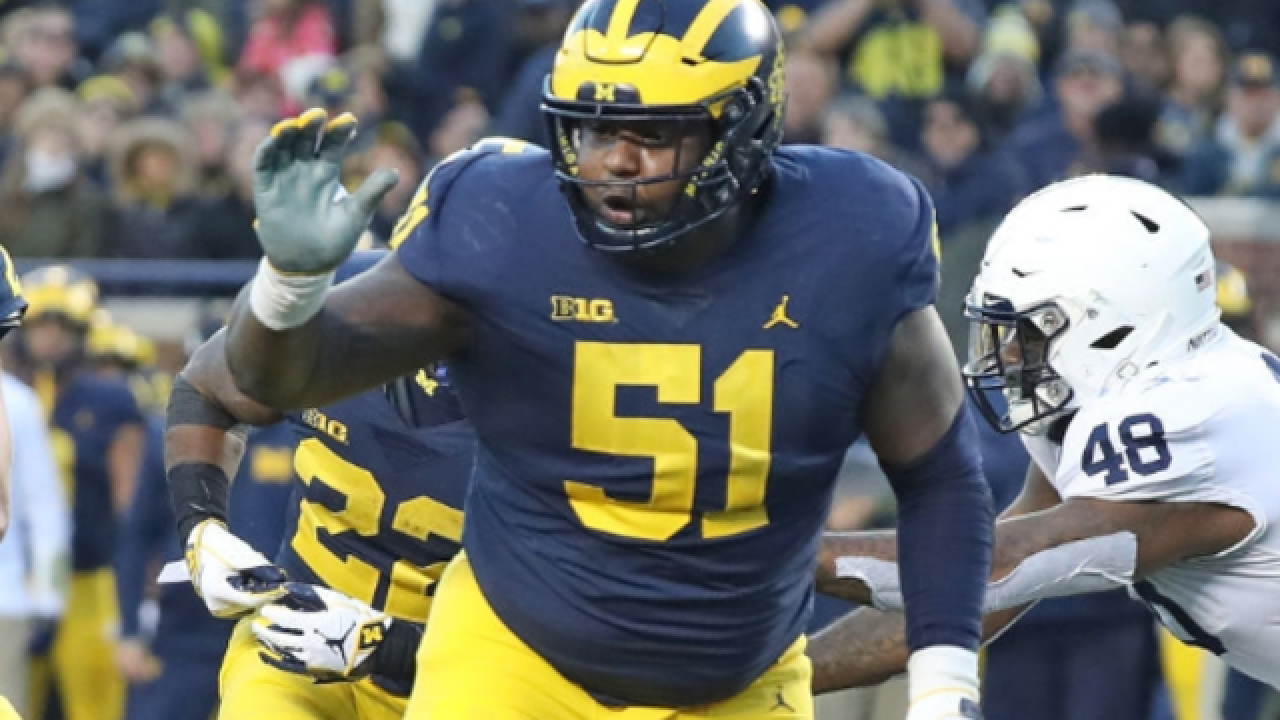 Ruiz was not prepared for a long stay during the visit the summer before his junior year of high school. He figured the plan was to fly there with his mother to talk with coaches and check the place out before returning to figure out the next steps.

"If I had packed enough clothes, I would've stayed," Ruiz recalled Monday. "I went back home because I had to make sure I got everything I wanted and needed."

Ruiz said his mother, Latoya Shambry, didn't want him to be with her in Camden, New Jersey, because it was a dangerous place to live and he could thrive at IMG in Bradenton, Florida.

It's all worked out for Ruiz, the starting center for No. 4 Michigan. He will be back in New Jersey this weekend, playing about an hour away from home as the Wolverines (8-1, 6-0 Big Ten, No. 5 CFP ) visit Rutgers (1-8, 0-6) on Saturday. Ruiz said a lot of familiar faces will be there.

"It was pretty rough in Camden with crime and violence," he said. "She didn't want me in that area when I was getting scholarship offers and I had started to make a name for myself. Once I told her I had an opportunity to leave, she made sure I got away."

Ruiz is popular back home among friends and family only in part because they can potentially get free tickets. There's more to the affection people have for Ruiz back there and at Michigan. He always seems to be smiling.

"Cesar's personality is one that everybody enjoys, very enthusiastic every day," coach Jim Harbaugh said. "Very gung-ho guy. Very popular with the players. Very respectful to the coaches and the staff. The center position is one of leadership and making calls and adjustments and he's been outstanding."

Offensive line coach Ed Warinner said Ruiz has developed a lot since his first start at center in the season-opening loss at Notre Dame.

"You love having him in the middle because you know he can hold up," Warinner said. "He's gotten better at pulling because he's so athletic that we're starting to do that more with him. He's on track to be an All-Big Ten player this season and he'll play in the NFL someday if he keeps getting better."

The Ruiz-led line has allowed running back Karan Higdon to have a seven-game streak with at least 100 yards rushing this season. The group up front has also given Shea Patterson time to pass to help the Wolverines strike a run-pass balance.

While many wondered last summer if the offensive line would be a weakness, as it has been in recent years, Ruiz predicted the unit would become strength before the season started.

"When I said that, I meant it and it's happening," Ruiz said.

Michigan has worn down its last eight opponents, running behind the 6-foot-4, 319-pound Ruiz and four teammates at least that big. It has happened so frequently Ruiz has learned the signs to look for from defensive linemen when they've had enough.

"Heavy breathing is a pretty much a giveaway," Ruiz said. "It's a good feeling. That's when you can tell they're tired and that's when you take advantage of that."