No. 4 Michigan hosts Indiana in final game before Big Game 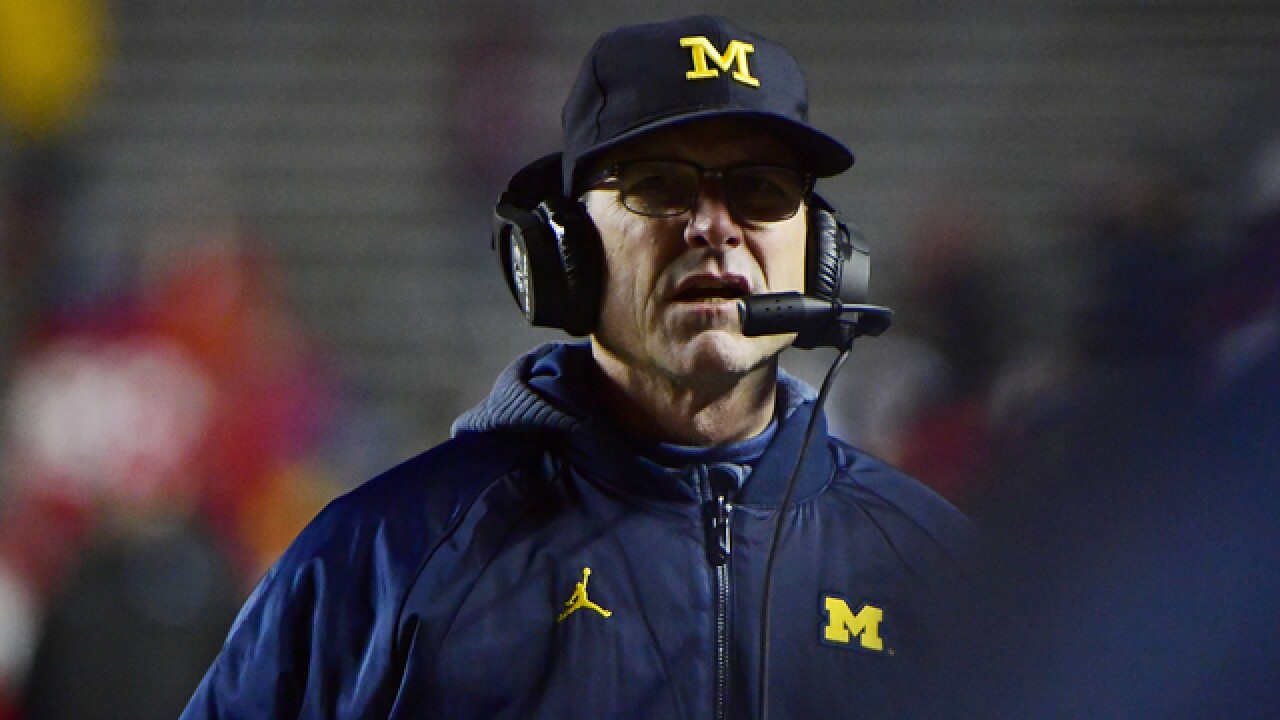 WHAT'S AT STAKE?
The Wolverines have one last chance to fine tune before closing the regular season at No. 8 Ohio State (No. 10 CFP) with a spot in the conference championship on the line. The Hoosiers have to pull off an upset at the Big House or beat rival Purdue next week at home to become bowl eligible.

KEY MATCHUP
If the game is surprisingly close, Indiana may have the edge at kicker. Logan Justus has made each of his last six field goals over four games, including a game-winning, 42-yard kick with 2:32 left to help the Hoosiers beat Maryland 34-32 that gave him Big Ten special teams player of the week honors. Michigan's Quinn Nordin is 0 for 2 on field goals over the previous three weeks and is 11 of 16 this season.

PLAYERS TO WATCH
Indiana: RB Stevie Scott. Ranks second among the nation's freshmen with 894 yards rushing and four 100-yard games and is third with eight rushing touchdowns.
Michigan: WR Donovan Peoples-Jones. The sophomore has caught at least one pass for 20-plus yards in four of the previous five games and has a team-high 30 receptions.

FACTS & FIGURES
Michigan has won 22 straight and 37 of 38 against the Hoosiers, but they pushed two of the last three games to overtime. ... Former Michigan star Mike Hart is coaching Indiana's running backs and is a nominee for college football's top assistant. Indiana's offensive coordinator, Mike DeBord, is a former Wolverines assistant coach. ... The Wolverines have won each of their six home games by at least three touchdowns. ... Indiana has forced a Big Ten-best 24 turnovers this season and has a takeaway in 16 straight games.