No. 4 Michigan mum on Chase Winovich's status at No. 10 Ohio State 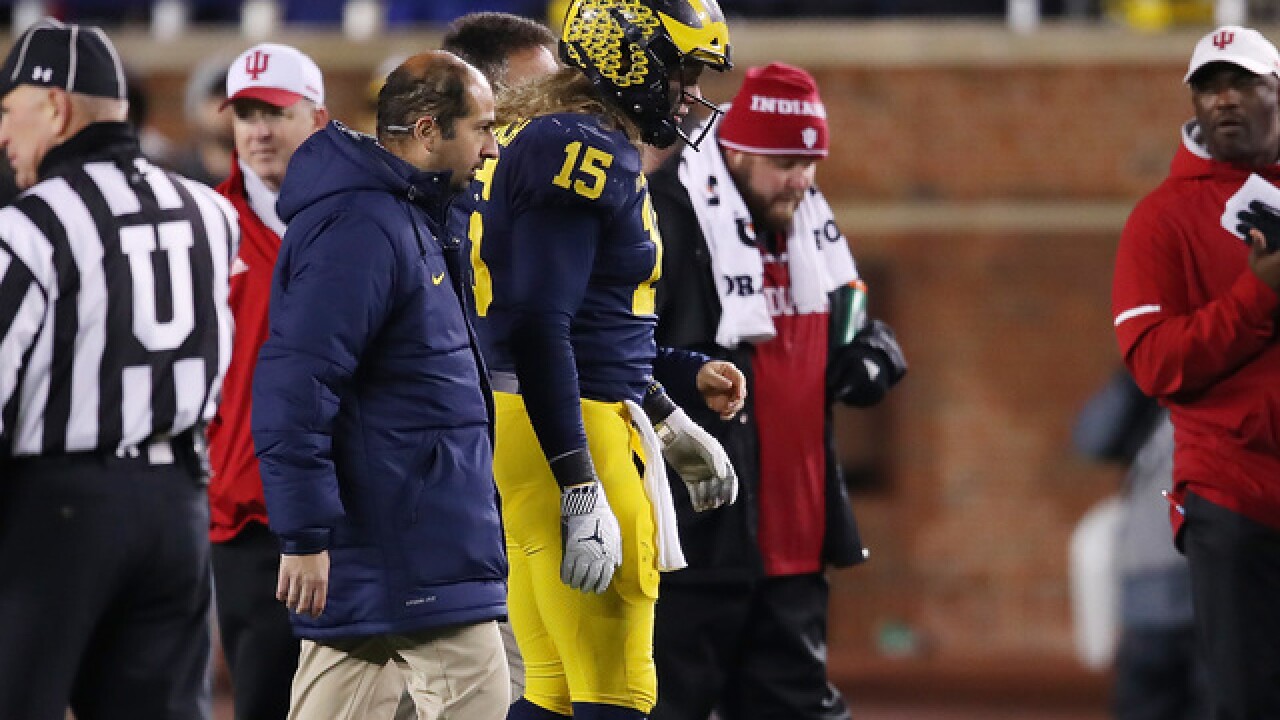 Winovich appeared to hurt his left shoulder Saturday against Indiana. He left the game in the third quarter and did not return. Harbaugh said Winovich will be evaluated every day, but gave no indication whether he will be on the field for the fourth-ranked Wolverines. Winovich posted on his Instagram account Sunday night, saying "To those who celebrated what they thought would be my demise, I'll be back."

Winovich was named an AP midseason All-American and is a semifinalist for the Bednarik Award, which recognizes the nation's top defensive player.