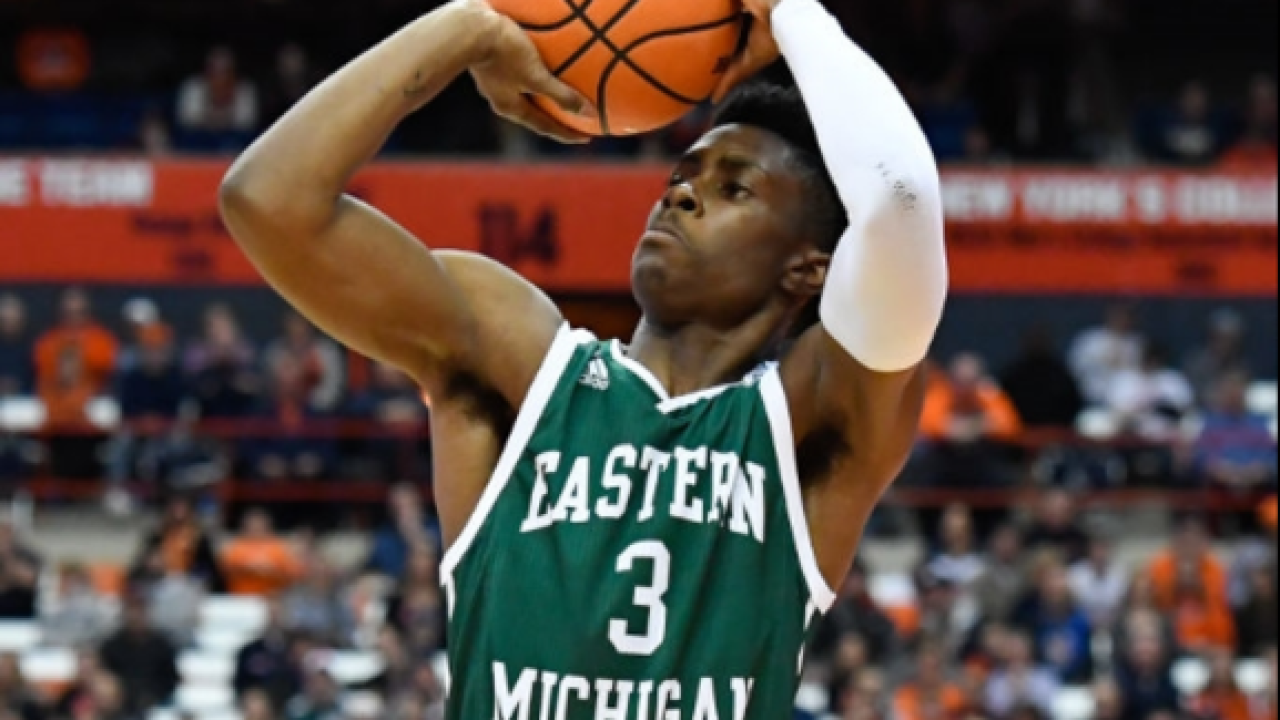 Copyright Getty Images
Rich Barnes
<p>SYRACUSE, NY - DECEMBER 27: Paul Jackson #3 of the Eastern Michigan Eagles shoots the ball against the Syracuse Orange during the first half at the Carrier Dome on December 27, 2017 in Syracuse, New York. (Photo by Rich Barnes/Getty Images)</p>

Jackson scored 11 of the Eagles' opening 18 points of the second half. EMU led 62-57 with 2:13 remaining, but Trevor John's 3-pointer tied it a minute later. Toure dunked it on EMU's next possession, was fouled on a defensive rebound and sank two free throws to seal it.

John made six 3-pointers and scored 19 points for Drexel (0-1). Kurk Lee added four 3-pointers and 13 points as the Dragons were 13 of 34 from 3-point range. The Dragons play at Rutgers on Sunday.