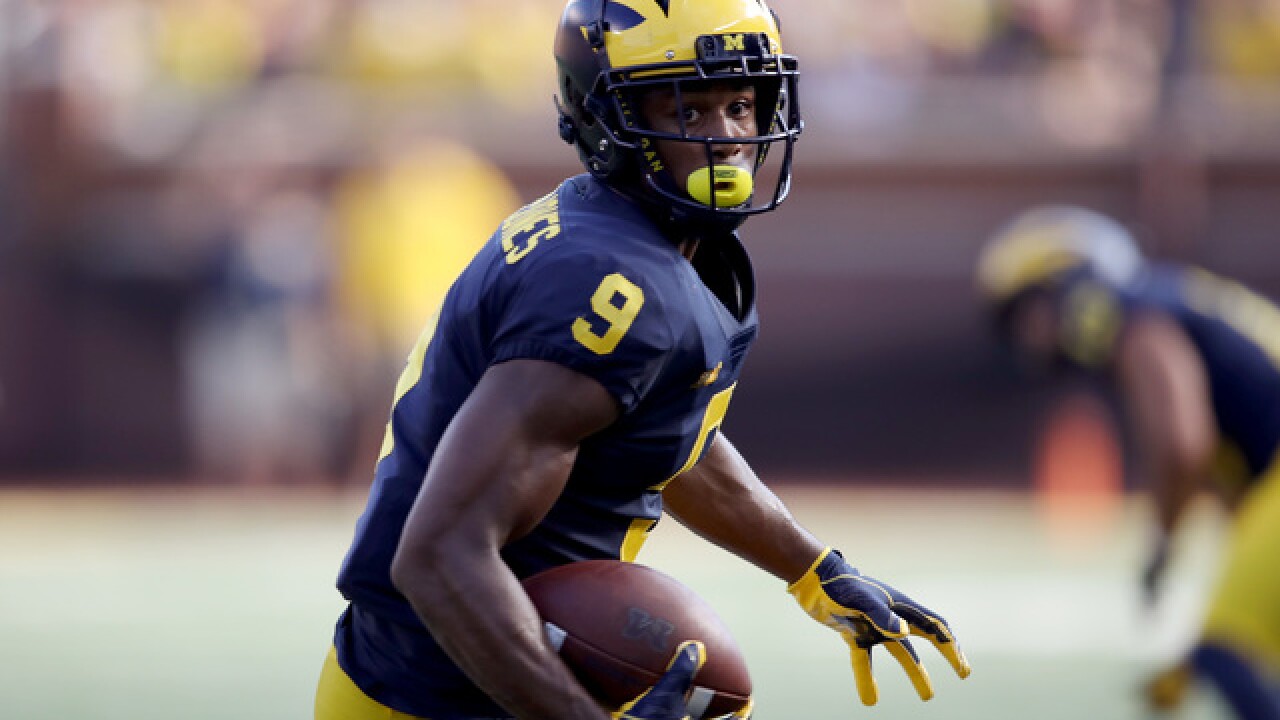 The Wolverines (2-1) didn't score until Ben Mason converted a fourth down with a 1-yard TD run midway through the second quarter.

The Mustangs (0-3) responded with Ben Hicks' 50-yard pass to James Proche to tie it.

Michigan took control over the last 2:34 of the first half. Patterson threw a tiebreaking, 35-yard TD pass to Peoples-Jones, and Josh Metellus returned an interception 73 yards for a score as time expired.

Patterson threw 7- and 41-yard TD passes to Peoples-Jones in the third, giving the Wolverines a 35-13 lead.

Michigan's Chris Evans ran for 85 yards on 18 carries. Karan Higdon warmed, but was held out of the game with an apparent injury.

Hicks started and was 7 of 16 for 113 yards with a TD and an interception. William Brown had an extended opportunity to play in the second half, completing 11 of 17 passes for 82 yards and two TDs before leaving the game after getting hit so hard his helmet came off.

THE TAKEAWAY
SMU: The Mustangs should feel good about their performance relative to their first two games in which they lost by a combined score of 88-35 to No. 16 TCU and North Texas under first-year coach Sonny Dykes.
Michigan: The Wolverines should be humbled by their performance coming off a confidence-boosting 49-3 win over Western Michigan. They had 13 penalties for 137 yards and struggled on both sides of the ball at times against an overmatched opponent.

POLL IMPLICATIONS
Michigan may stay about where it is in the poll, winning with a lackluster showing.

UP NEXT:
SMU: Hosts the Navy Midshipmen next week in its American Athletic Conference opener.
Michigan: Hosts Nebraska next week in the Big Ten opener. The Wolverines will be without linebacker Khaleke Hudson for the first half after he was ejected for targeting against SMU.