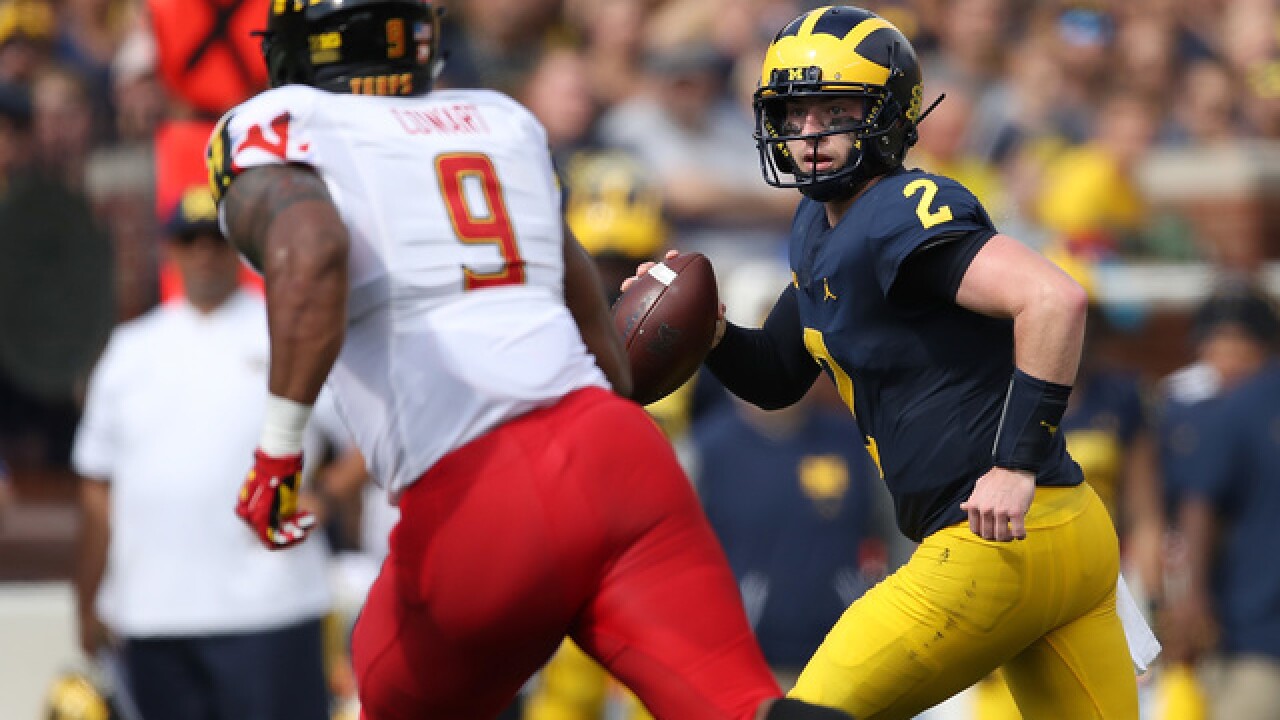 The Wolverines (5-1, 3-0 Big Ten) fell behind late in the first quarter and didn't take the lead again until midway through the second quarter. They scored 24 straight points to take control and added another TD and 2-point conversion with 6:37 remaining to seal their fifth straight victory.

The Terrapins (3-2, 1-1) went ahead on Ty Johnson's 98-yard kickoff return with 1:10 left in the first half, but they didn't score again until early in the fourth quarter.

Patterson completed 19 of 27 passes and had one interception, a pass that went off tight end Zach Gentry's hands.

The Ole Miss transfer often had a lot of time to throw from the pocket. When defenders charged at Patterson, mobility helped him make moves to avoid getting sacked and gave his teammates time to get open. Patterson threw a 22-yard TD pass to Ronnie Bell late in the first half to put the Wolverines up 17-7. His 34-yard TD pass to Donovan Peoples-Jones put them up by 20 late in the third. A 7-yard TD pass to Jared Wangler led to the final score.

THE TAKEAWAY
Maryland: Penalties are preventing the Terrapins from approaching their potential. They were flagged 12 times for 107 yards and two players, Rayshad Lewis and Tre Watson, were ejected for targeting. Maryland entered the game averaging 9.25 penalties, ranking No. 123 out of 129 teams at the highest level of college football.
Michigan: Slow starts have been a problem for more than half of the games this season. The Wolverines trailed Northwestern 17-0 last were and were tied with SMU 7-all late in second before rallying to win both teams. They fell behind 14-0 against Notre Dame and loss 24-17.

POLL IMPLICATIONS
The Wolverines will likely be around the same spot in the rankings, but they have chances to move up with three straight tests.

UP NEXT
Maryland: Hosts Rutgers.
Michigan: Hosts No. 16 Wisconsin for the start of a three-game stretch that includes a game at No. 20 Michigan State and against No. 11 Penn State.