Spartans, Wildcats have plenty of room for improvement 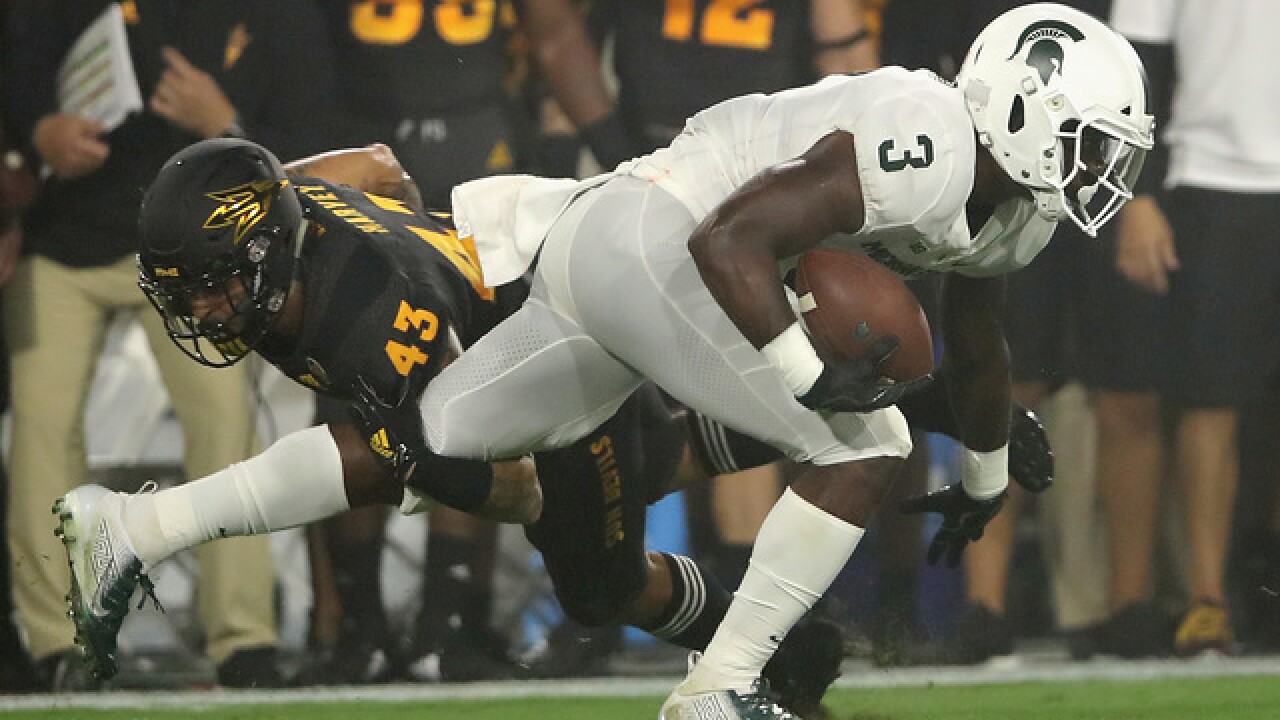 Their next meeting is this weekend, but both teams have issues that could prevent another shootout.

"I think, for our football team, we got to get some players back who are hurt," Michigan State coach Mark Dantonio said. "I think we're going to do that."

Dantonio often keeps the Spartans' injury outlook under wraps, so it's not clear who will be available Saturday when No. 20 Michigan State hosts Northwestern, but both teams have room for improvement. The Spartans have been without running back LJ Scott for the past two games, and they lost receiver Cody White to a broken hand last weekend. The Wildcats have their own problems. They lost running back Jeremy Larkin before last week's game against Michigan.

Northwestern (1-3, 1-1 Big Ten) almost beat the Wolverines, but after jumping out to a 17-0 lead, the Wildcats were shut down and lost 20-17 . Northwestern allowed six sacks and finished with just 202 yards of offense.

The loss to Michigan was Northwestern's third game this season decided by four points or fewer. Last year, the Wildcats won three consecutive overtime games, including a triple-OT victory over Michigan State. So they're familiar with close finishes.

"I couldn't tell you why we're in so many of those darn games," Northwestern coach Pat Fitzgerald said. "We very rarely beat ourselves. Philosophically, we try to make every team earn it."

The game two years ago in East Lansing was memorable as well, with Northwestern prevailing 54-40.

Here are a few things to watch when the Spartans host the Wildcats this weekend:

TOP OF THE LIST
Michigan State is No. 1 in the nation in rushing defense. The Spartans are allowing only 40 yards a game on the ground, and Northwestern's running game doesn't look too formidable without Larkin, who had to retire from football because of a medical condition involving his neck and upper back.

ALTERNATIVE PLAN
The Spartans are hard to run on, but Northwestern has a capable passing game. Clayton Thorson has started 43 straight games at quarterback for the Wildcats, and receiver Flynn Nagel has a 22-game catch streak.

GO-TO GUY
With White injured, Felton Davis is Michigan State's most accomplished receiving target. Quarterback Brian Lewerke may need to look to him even more often than usual.
"I'm sure Northwestern knows that also -- they might throw a couple double teams on him," Lewerke said. "I'm still focused on trying to get him the ball. I have full confidence that he can catch it every time I go there."
Lewerke threw for 445 yards and four touchdowns in the loss to Northwestern last year. Thorson threw for 356 yards and two TDs.

STREAK
Michigan State's Matt Coghlin has made his last 14 field goal attempts. The school record is 15 in a row by Brett Swenson.
"He's become a more confident kicker over time," Dantonio said. "I think that's what experience does for you."

DISCIPLINE
There's some evidence to back up Fitzgerald's claim that the Wildcats don't beat themselves. Northwestern has only 13 penalties on the season, tied with Navy for the fewest in the nation.
However, the Wildcats have a minus-1 turnover margin, and they only have four takeaways. Northwestern may need to be more opportunistic if it's going to upset teams like Michigan State.