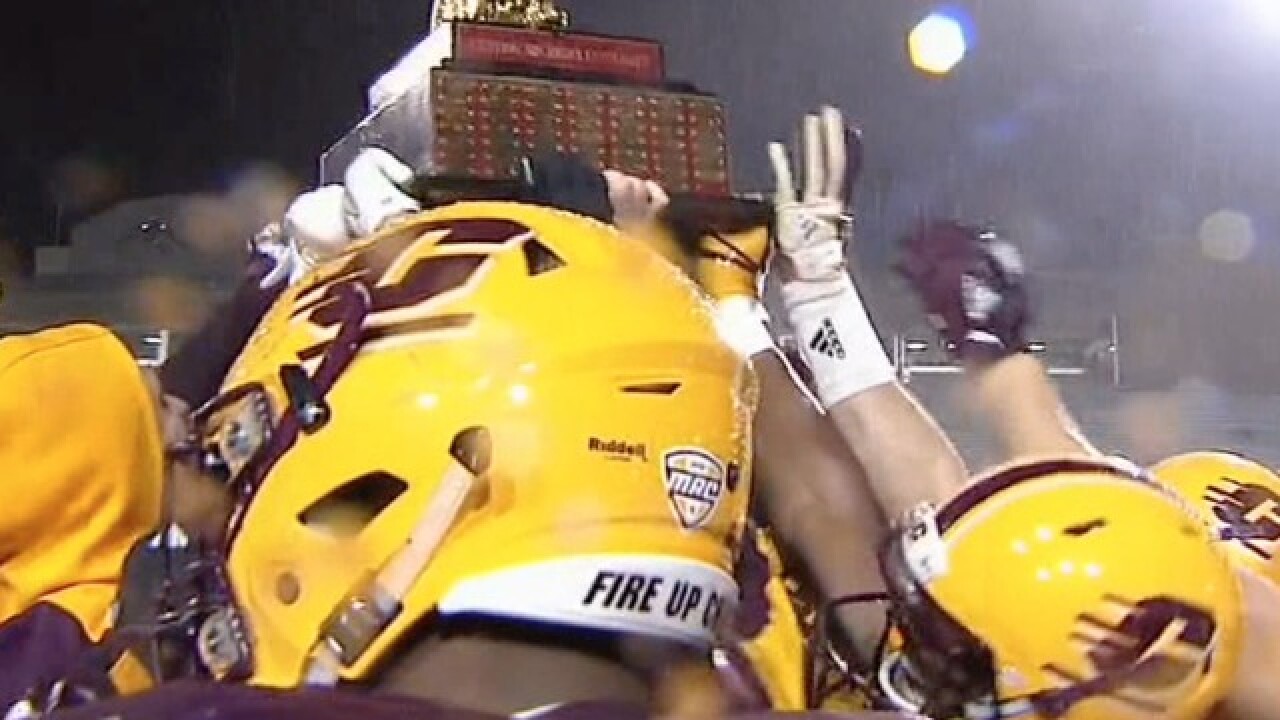 DETROIT (WXYZ) -- One of the Mid-American Conference's most heated rivalries also features plenty of respect between the two head coaches.

Central Michigan's John Bonamego and Western Michigan's Tim Lester are both alumni of their respective employers, bringing a new layer to the longstanding intrastate feud.

"(John) was the first one to send me a letter when I got the job," Lester said during Tuesday's MAC Media Day at Ford Field. "We're not supposed to be friends, but we are. When we see each other at these functions, his wife and my wife are the first ones to sit down and be talking for 25-30 minutes."

Don't get it twisted though - Lester is still focused on beating his rival on the field, especially after the Chippewas' 35-28 comeback win last season in Kalamazoo.

"That game hurt me more than any game. I think we gave that game away, we didn't finish that game, but they won it. Give them all the credit in the world."

The Broncos visit CMU on October 20.

Obviously @WMU_Football and @CMU_Football are bitter rivals on the field, but @CoachTimLester talked at #MACtion Media Day about the high level of mutual respect between he and @CMUCoachBono, especially off the field. pic.twitter.com/4QkdozCPMo