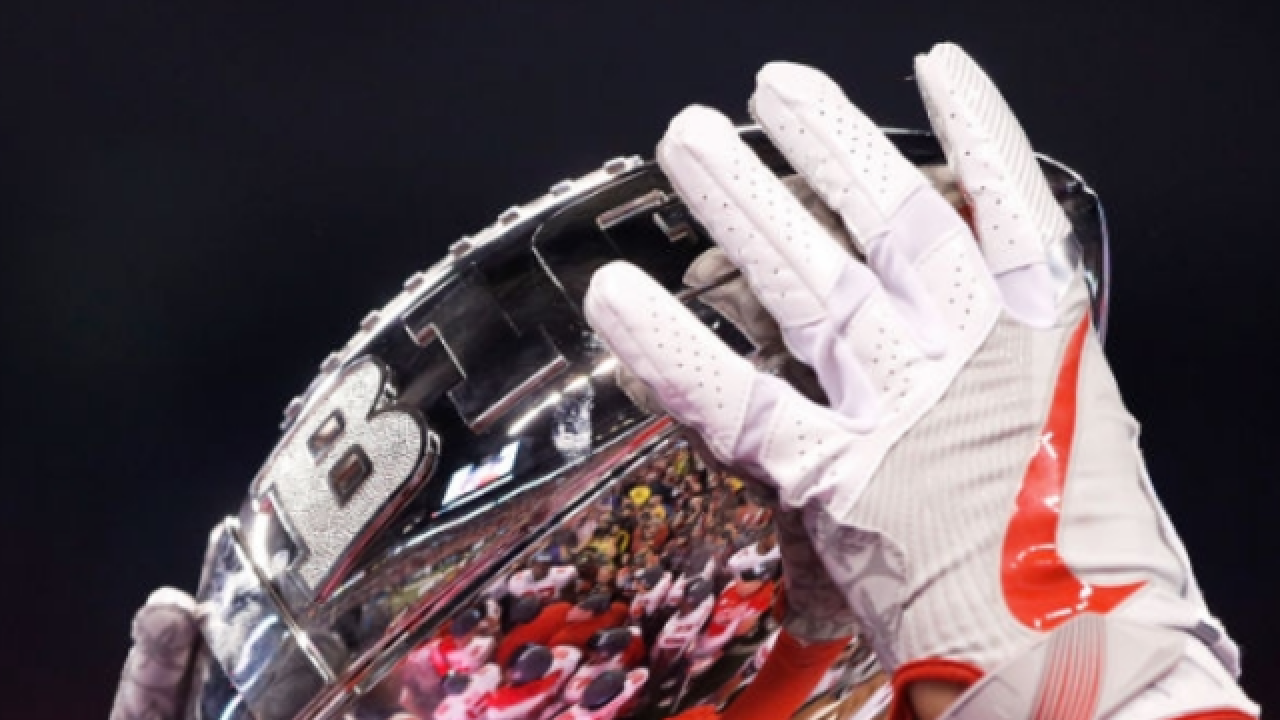 (AP) -- The Big Ten West might not be best, but it is getting closer to challenging the East Division's conference dominance.

Wisconsin returns the entire offensive line and a 1,900-yard rusher from its record-setting 13-win team, and some see the Badgers as a contender for the College Football Playoff.

Iowa has the nation's top tight end in Noah Fant, Northwestern is coming off its second 10-win season in three years and Purdue is on the rise under Jeff Brohm. Nebraska, mostly a non-factor since joining the league in 2011, is poised to make a move up after native son Scott Frost was brought home to revive the proud program.

Teams from the current East, dating to the years of the Legends and Leaders divisions, have won five straight conference championships. Ohio State, which will break in a new quarterback, is the favorite again.

Penn State has a favorable schedule and a quarterback who's passed for more than 3,500 yards two straight years. Michigan State returns a bevy of skilled players from last year's 10-win team. Michigan, winless against Ohio State and 1-2 against Michigan State the last three years, is looking for more in year four under Jim Harbaugh.

"The West will be the most competitive it's been since the Big Ten has been split up geographically," said Big Ten Network analyst and former coach Gerry DiNardo, who also noted facility upgrades across the West, Brohm's fast start and how Frost's hiring has energized Nebraska fans.

The East is the flashpoint for off-the-field issues this preseason. Ohio State coach Urban Meyer is on administrative paid leave while his handling of domestic violence allegations against former receivers coach Zach Smith is investigated. Maryland coach DJ Durkin is on leave amid allegations of an abusive culture in the program and the team's failure to properly react after offensive lineman Jordan McNair fell ill during a May 29 workout and later died.

CHAMP EXCLUDED FROM CFP
The Big Ten champion has been left out of the four-team playoff the last two years, coinciding with the start of the nine-game conference schedule. A one-loss Ohio State made the playoff in '16 over two-loss league champion Penn State; the two-loss champion Buckeyes were left out in 2017.
"I don't think there's any doubt that playing nine games in the kind of rigorous schedule that we play makes achieving an undefeated season more difficult. And it is true that the committee has not selected a team with two losses from any conference," commissioner Jim Delany said. "We continue to build a conference and want to be as good as we can be, and we think that includes playing each other as much as we can, playing the best teams in the country in the nonconference as well as postseason and continuing to make the case that our teams are among the four best in the country."

FROST FIX?
Frost is the Big Ten's only first-year coach, returning to the program he quarterbacked to a share of the 1997 national title. The Huskers haven't won a conference championship since 1999 (Big 12) and are 12-14 in Big Ten games the last three years. The Huskers' difficult schedule means progress might not be measured in wins and losses this season. Frost wants to bring back the physicality and player development that spawned championships in the program's 1990s heyday. Then he will set his sights on overtaking Wisconsin.
"A lot of what Wisconsin is doing is the Nebraska model," Frost said. "They've been out-Nebraska-ing Nebraska, and we're here to fix that."

TOP PLAYERS
Offense: Ohio State RB J.K. Dobbins started 12 games as a freshman and set a school rookie record with 1,403 yards. Penn State QB Trace McSorley has thrown a TD pass in 28 straight games, the longest active streak in the FBS. Wisconsin RB Jonathan Taylor ran for 1,977 yards to set the Bowl Subdivision freshman rushing record.
Defense: Michigan DE Rashan Gary, one of the most athletically gifted players in the college game, had 12 tackles for loss and six sacks. Ohio State DE Nick Bosa led his team with 16 tackles for loss and eight sacks. Wisconsin LB T.J. Edwards was the Badgers' second-leading tackler, and his four interceptions tied for most by a Power Five linebacker.

REMEMBER THESE NAMES
Northwestern RB Jeremy Larkin rushed for 503 yards and averaged 6 yards per carry as the backup to star Justin Jackson.
Iowa QB Nate Stanley flies under the radar even in his own conference. His 26 TD passes against six interceptions showed he's the real deal.
Indiana safety-linebacker Marcelino Ball, who missed most of last season with a knee injury, was stellar in 2016 and ready to re-emerge.