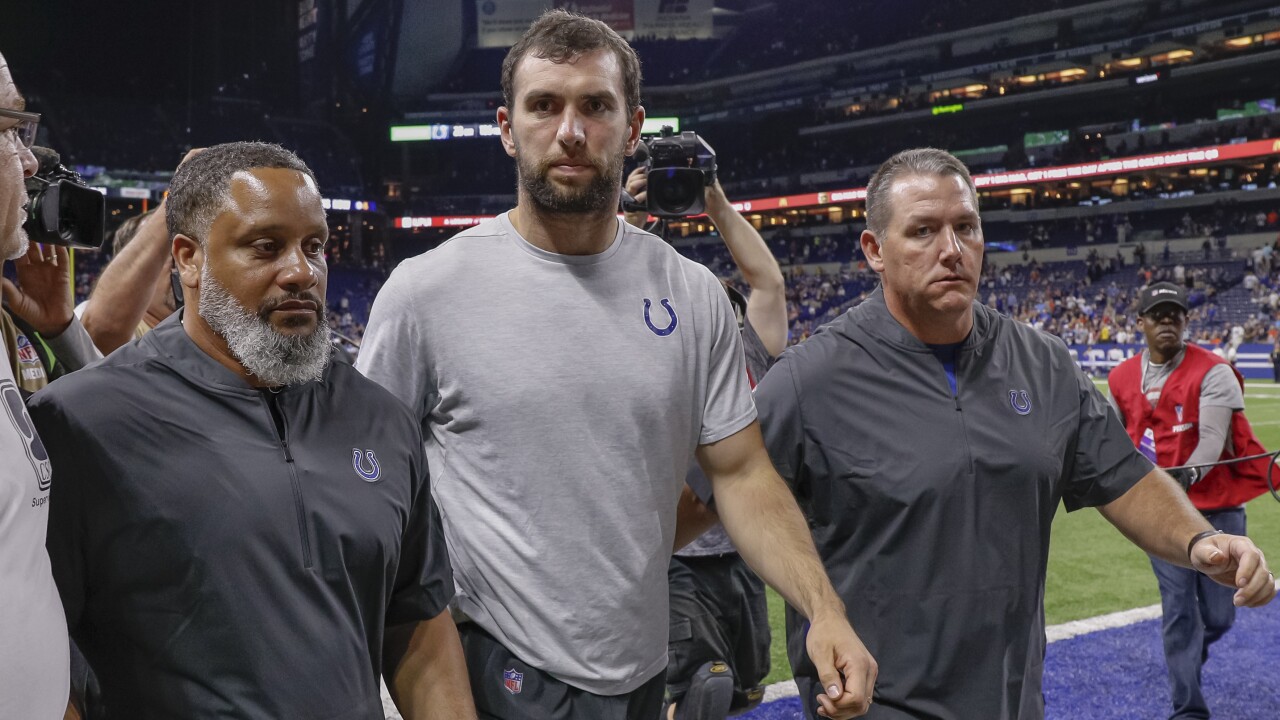 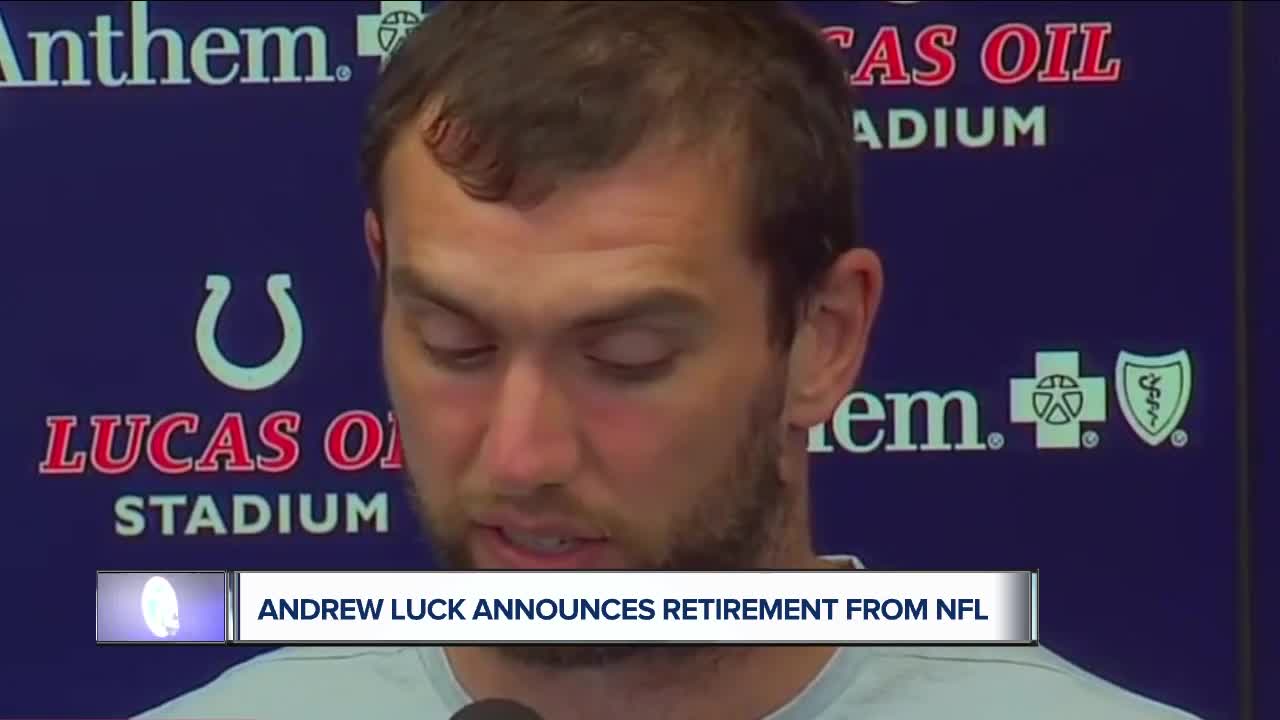 Then he said goodbye to the NFL.

The Indianapolis Colts quarterback heard boos as he walked away from the field, then walked to the podium and made the surprise decision official. The oft-injured star is retiring at age 29.

"I'm in pain, I'm still in pain. It's been four years of this pain, rehab cycle," Luck said. "It's a myriad of issues -- calf strain, posterior ankle impingement, high ankle sprain. Part of my journey going forward will be figuring out how to feel better."

Luck wasn't planning to make the announcement following Saturday's 27-17 loss to the Chicago Bears. But when ESPN first reported the news during the fourth quarter, Luck changed the plan for a Sunday afternoon announcement.

Instead, he held a 25-minute impromptu news conference.

At times he sounded wistful. At others, his voice cracked with emotion.

One thing was clear: The endless barrage of injuries stripped away his joy for the game and prompted him to walk away so he could enjoy the life he wants.

"There's no doubt when you hear him talk about the cycle of pain and injury and rehab, you can hear that," coach Frank Reich said. "There's a saying in football that everyone knows and everybody lives by, it's next man up and even though this situation is unique, no one is exempt."

That task now falls to Jacoby Brissett, a fourth-year player whom the Colts acquired in a cutdown weekend trade two years ago.

He went 4-11 as a starter in the 2017 season after taking over for opening day starter Scott Tolzien.

But the Colts had already been preparing for the possibility Luck might not be ready for the Sept. 8 season opener against the Los Angeles Chargers. Luck was diagnosed with a strained left calf in March and team officials kept him out of all of the team's offseason workouts.

He returned to limited action when training camp opened in late July. After three practices, though, the lingering pain near his ankle forced him back into rehab. He hadn't practiced with the team since, though he did throw passes in pregame warmups before last week's preseason game.

"I had a thought that it might be my last time throwing at Lucas Oil as a current member of the Colts team," Luck said. "And I wanted to make sure I could go out and enjoy it."

It wasn't just the leg.

He played with shoulder pain for most of 2015 and 2016, and his 2015 season ended when he suffered a lacerated kidney. He missed all of 2017 following shoulder surgery and then the happy-go-lucky former Stanford star dealt with more pain and more endless months of rehab.

"I am going to retire," Luck said. "This is not an easy decision. It's the hardest decision of my life. But it is the right decision for me."

Luck's former coach Chuck Pagano made his first return to Lucas Oil Stadium since he was fired as the Colts' head coach following the 2017 season. Luck did not play that season because he was recovering from surgery on his throwing shoulder.

He returned last season and led the Colts back to the playoffs for the first time in four years, winning the league's Comeback Player of the Year award.

Reich had said he hoped to have an answer about Luck's availability for the Sept. 8 season opener after the third preseason game. This might not have been the one he wanted -- and certainly didn't expect.

"Teams win, don't write the end of the story yet. "I'm telling you the story's not over yet."