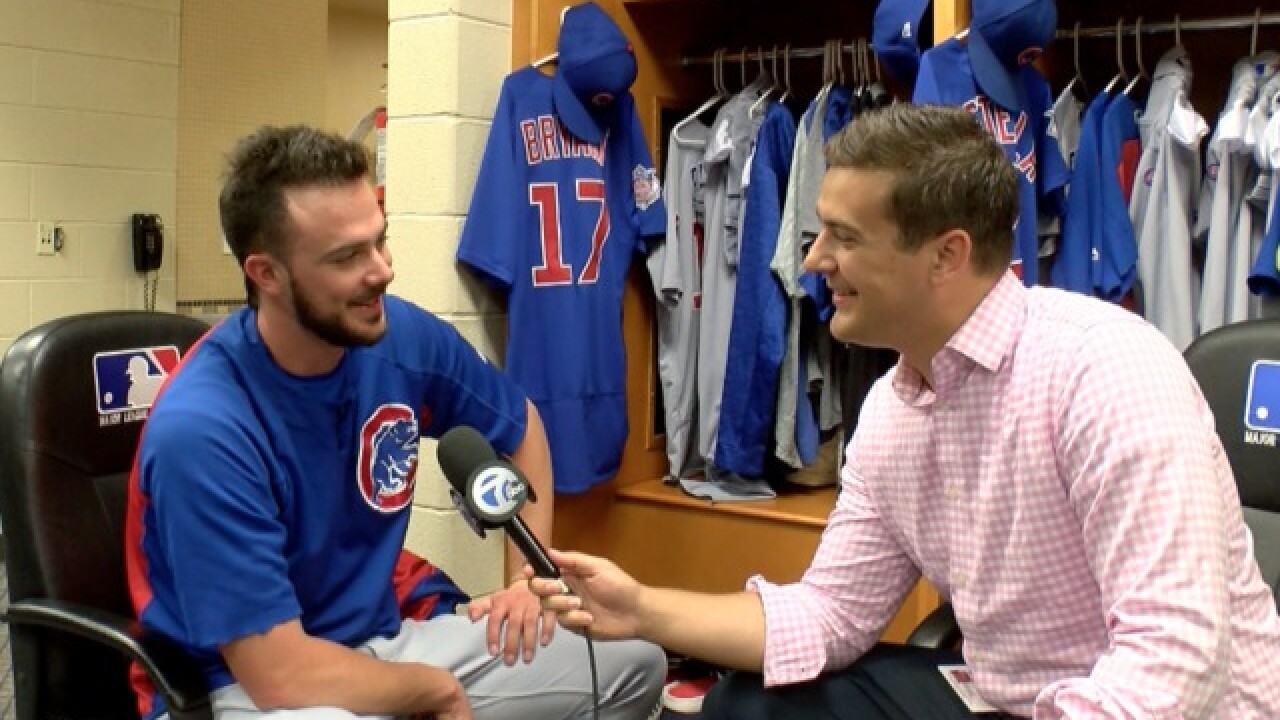 And for a long time, they didn't win a World Series championship.

On Tuesday, Chicago started a two-game series with the Tigers in Detroit, sitting atop the NL Central and in prime position to contend for their second World Series title in three seasons.

As sports fans in this town watch the Tigers and Red Wings rebuild, the Lions are seemingly the best hope for a title in the near future. But that hasn't happened since 1957.

Kris Bryant played along in offering Lions fans advice as they wait to experience what he and the Cubs provided Chicago in 2016.

"I think, honestly, the longer you wait, the sweeter it is," Bryant said. "When they finally do it's gonna be that much better."

"I saw that in our fans, in the parade, in how many people came out. I mean, what was it, the seventh largest gathering in human history? It was pretty cool."

The Cubs third baseman was in his second season with Chicago when they won the World Series. His patience wasn't tested nearly as long as most fans in the town.

"That's a tough one because I didn't really get to experience the length of (the wait) with the Cubs fans," Bryant admitted.

Does he think 61 years is enough of a wait?

"Yeah, absolutely. That's a pretty long time, but 108 years is almost double it," he laughed.