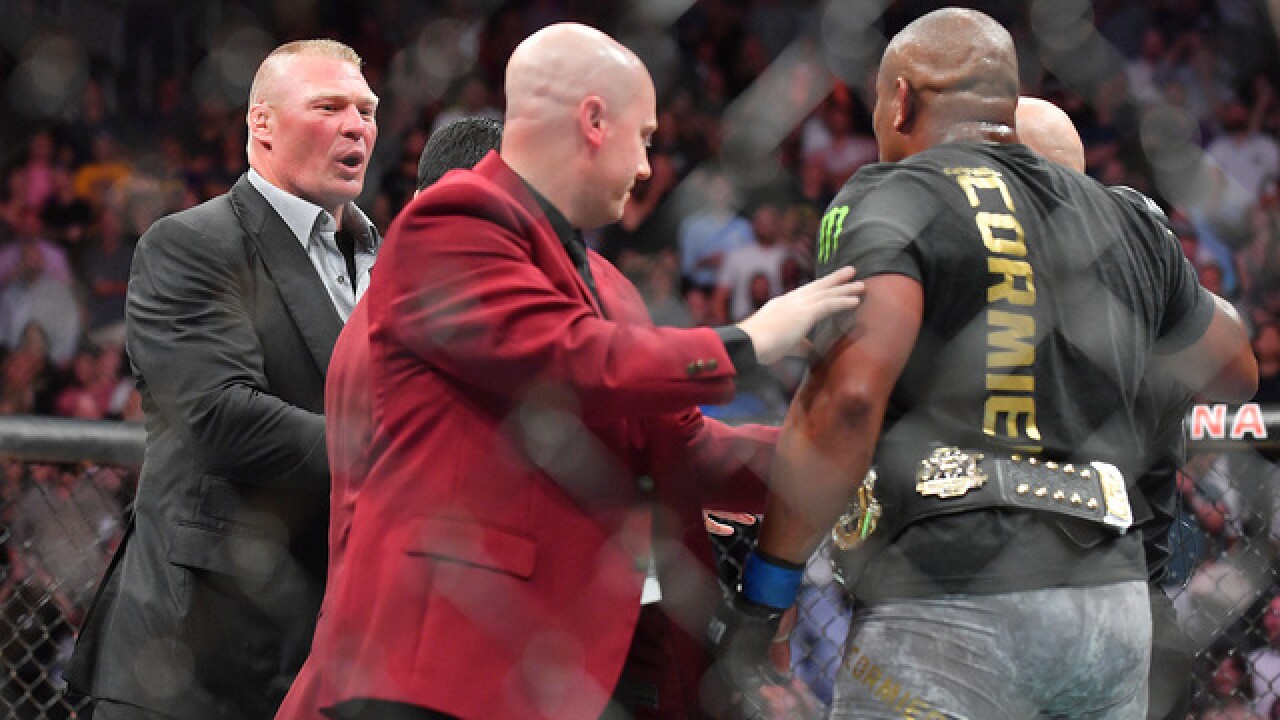 LAS VEGAS (AP) -- Brock Lesnar is coming back to the UFC next year, and new heavyweight champion Daniel Cormier wants to fight him.

White intends to match Cormier against Lesnar early next year, likely in March, after Lesnar completes the drug testing required by the UFC's anti-doping policy. Lesnar hasn't fought since beating Mark Hunt at UFC 200 and failing a doping test in 2016.

Lesnar entered the UFC 226 cage moments after Cormier took the UFC heavyweight title from Stipe Miocic, and they engaged in a wrestling-style argument, including a shove from Lesnar and a brief skirmish between entourages. Cormier insisted the exchange wasn't staged.

"Brock decided to step in the octagon with me," Cormier said. "He's a pro wrestler. He does fake fighting. So I'll do fake fighting with you until I put my fists upside your face."

Cormier expects to fight Lesnar in March. Cormier plans to retire after the big-money bout, having vowed to quit the sport after turning 40.

Lesnar, who turns 41 next week, won and lost the UFC heavyweight title during his brief MMA career, but he hasn't won a fight that wasn't overturned since 2010. When asked about the rectitude of granting a title shot to Lesnar after inactivity and a failed test, both White and Cormier acknowledged they don't care because of the extraordinary pay-per-view revenues that would be generated.

"Maybe we're living in my world now, so I dictate the rules," Cormier said with a grin.

White also said he hasn't spoken to former two-division UFC champion Conor McGregor about his return to MMA. McGregor also was in Las Vegas over the weekend, but he didn't make a public presence at UFC 226.

McGregor is due in court next month in New York for the next step in the resolution of his troubles stemming from his bizarre attack on a bus filled with fighters in Brooklyn earlier this year.