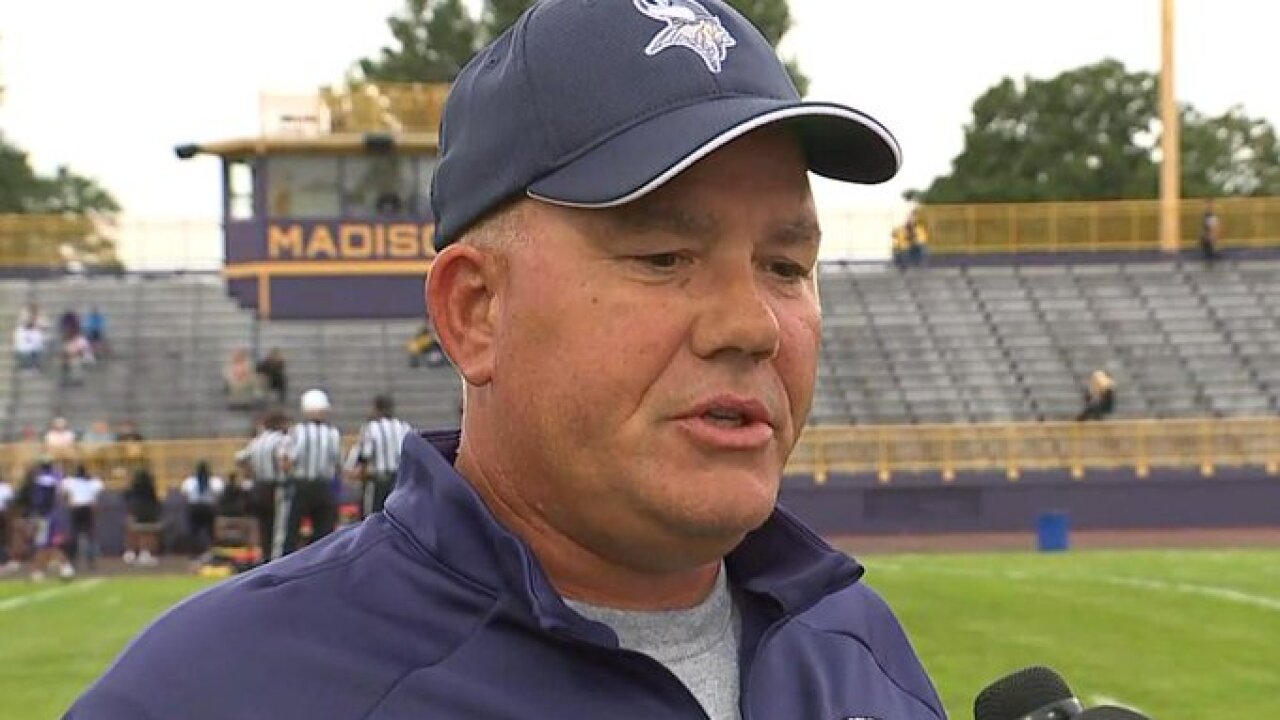 MADISON HEIGHTS, Mich. — Marysville's football program has known one leader at the top for 15 years.

Mark Caza guided the team from 2004-18, stepping aside this past winter.

In his place, Derrick Meier is in charge at Marysville and focusing on one key element for success.

Meier is putting his trust in the players.

Marysville finished 4-5 each of the last two seasons, but had an undefeated regular season in 2016. Meier has a brand new staff and a bulked-up roster.

"Just hopefully it's a switch or slide-over for them, and we'll have them prepared each Friday night."