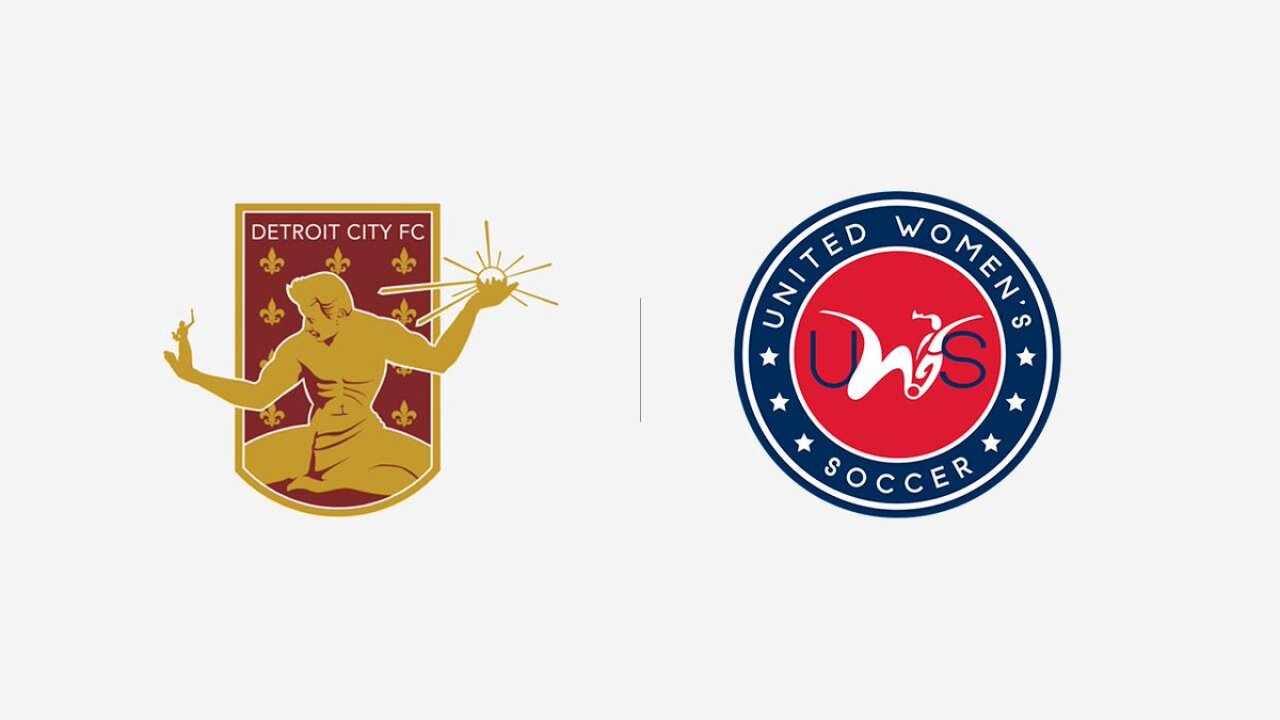 DETROIT (WXYZ) — Get ready for women's soccer in the Motor City! Detroit City Football Club announced on Saturday night that it will launch a women's team, which will begin playing in United Women's Soccer (UWS) in the spring of 2020.

This is a historic step for DCFC and women's soccer in Detroit, and comes on the heels of the U.S. Women's National Team winnings its third World Cup and with women's soccer setting record viewing numbers during the Women's World Cup earlier this year.

According to DCFC CEO Sean Mann, adding a women's team is something that the club has been talking about for a long time.

"We finally felt that we've grown to the point, as an organization, that we have the structure to do this properly," Mann said. "For us to be a true club, it was imperative that we brought on a women's side.

"Now that we're going professional with the men's team and we have our own training facility and the support staff, we felt like we were at a place where we can take this on," Mann added.

UWS is a national league with nearly two dozen teams, and is in the Tier 2 division of the U.S. Soccer organization, sitting below the National Women's Soccer League, the professional women's soccer league with the likes of USWNT stars Alex Morgan, Christen Press, Megan Rapinoe, Carli Lloyd, Crystal Dunn and many more.

DCFC is working with other clubs they've worked with in the past that have also started women's teams, including AFC Ann Arbor, Lansing United and Grand Rapids.

The team is currently building out the technical and coaching staff, and then the coach's will build out the roster for the team. The UWS helps fill the gap between college and professional soccer, and has a summer that runs May through July during the college off-season. It will run similar to the first few years of DCFC's men's team, which is a developmental league.

They expect the majority of the players to be top-tier college players, who Mann said would then go back to school, or, off to professional teams in Europe or the United States. He said that DCFC's strong reputation in American soccer is an advantage.

"People know we'll have fans right out of the gate to create a special and memorable experience for the young women," Mann said. "We've already had girls reaching out to us hoping that we'd do with this. Our goal is to put a competitive, winning side immediately, and I think we're well-suited to do that."

DCFC has continued to grow every year since its founding 2012. As attendance numbers grew, they moved from Cass Tech High School to Keyworth and renovated the historic Hamtramck Stadium. In August, Le Rouge announced it was going pro and joining the National Independent Soccer Association, with full membership in the U.S. Soccer Division III league.

Their growth will help keep the men's and women's teams equal in terms of their access to trainers, coaching staff, traveling and more. Mann said they want the women's players to have the same experience that the professional men do.

According to Mann, the club's partnership among youth groups in Detroit played an important role in the club adding a women's team. He said they're constantly hearing about the number of girls playing soccer and who want a team to look up to and aspire to play for.

The Detroit City FC women's team will give DCFC Youth players a structured path to the next level. Because everyone deserves a club they will never grow out of. #DCTID pic.twitter.com/I4kjssFZ66

According to Mann, they plan to start slowly, like they did with the men's team, and build up ever year. He said he believes they're starting at a different place than with the men's team though because of what the club has done over the past seven years.

Eventually, they plan to look for opportunities to have international friendlies, and they're already exploring opportunities.

The season tickets go on sale Monday, Sept. 30 at 10 a.m. at tickets.detcityfc.com. For more information, visit the team's website.