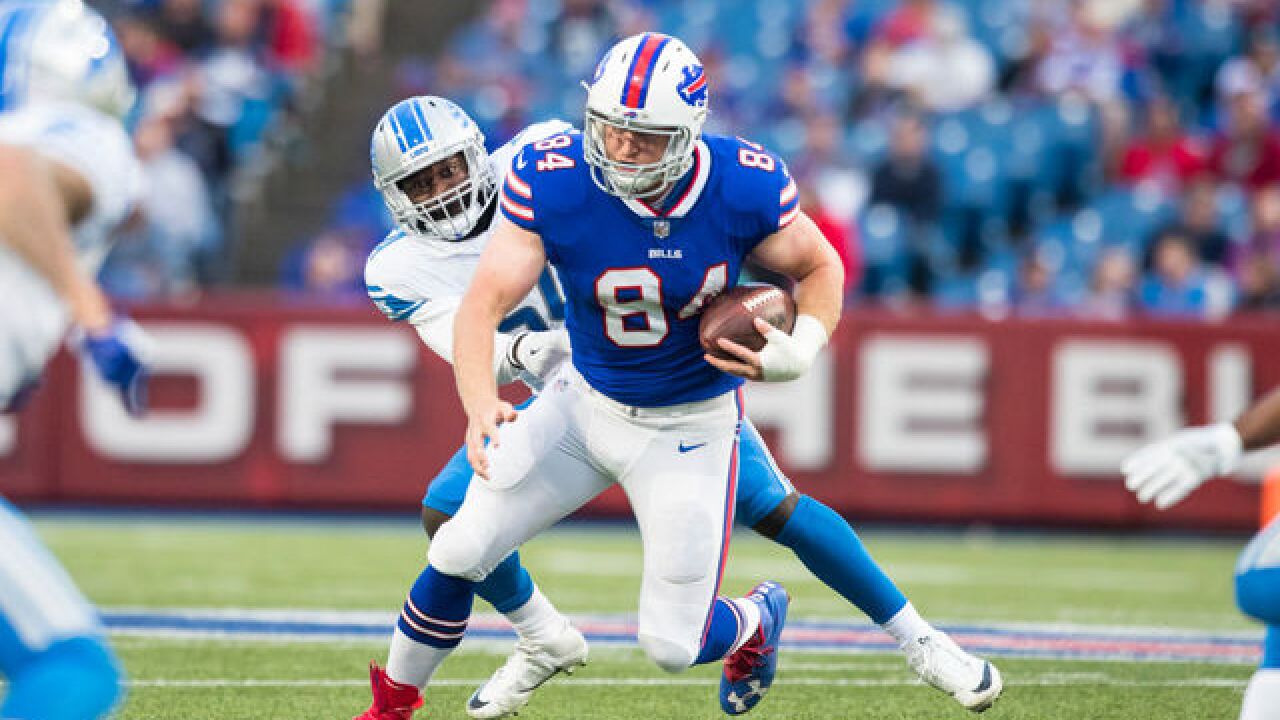 Image copyright 2017 Getty Images. All rights reserved. This material may not be published, broadcast, rewritten, or redistributed.
Brett Carlsen
<p>ORCHARD PARK, NY - AUGUST 31: Nick O'Leary #84 of the Buffalo Bills runs after the catch as he is pursued by Steve Longa #54 of the Detroit Lions during the first quarter of a preseason game on August 31, 2017 at New Era Field in Orchard Park, New York. (Photo by Brett Carlsen/Getty Images)</p>

The Detroit Lions have placed linebacker Steve Longa on injured reserve with a torn knee ligament.

Longa walked off the field after being evaluated.

The Lions were counting on the former Rutgers standout to be a key player on special teams and as a backup linebacker. Longa played in 16 games for the Lions over the previous two seasons.