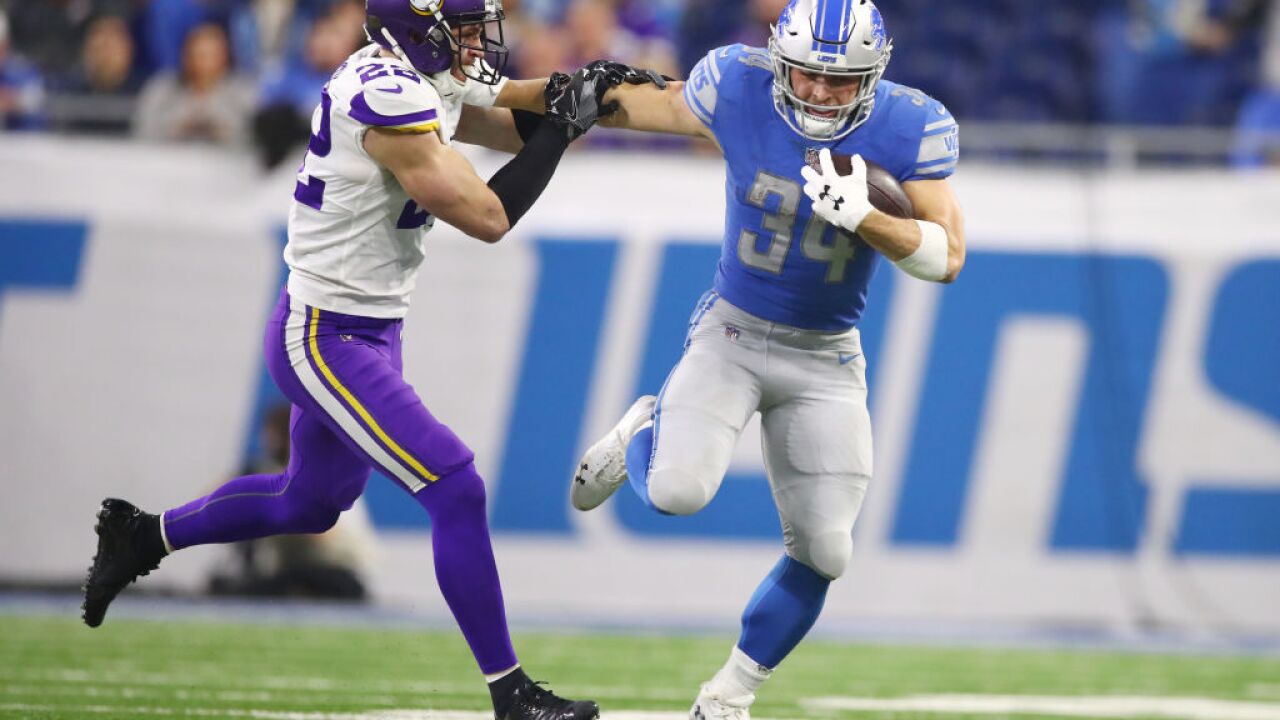 DETROIT (WXYZ) — The Detroit Lions have re-signed running back Zach Zenner to a one-year contract, the team confirmed on Tuesday afternoon.

Zenner, 27, has been with the Lions for four seasons. Last season, he played in eight games and had 265 rushing yards, 56 receiving yards and three rushing touchdowns.

He replaced an injured Kerryon Johnson during the second half of the season and will look to be the team's leading backup next year.