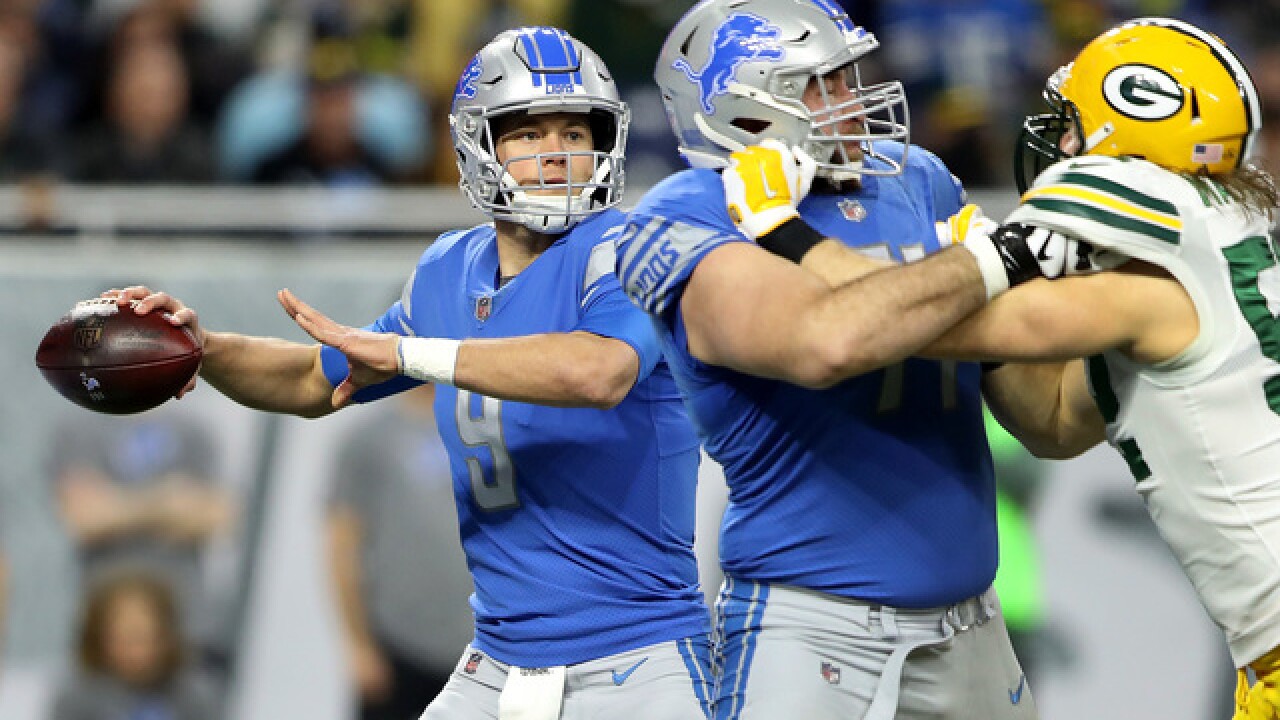 Copyright Getty Images
Leon Halip
<p>DETROIT, MI - DECEMBER 31: Quarterback Matthew Stafford #9 of the Detroit Lions looks to pass the ball against the Green Bay Packers during the first half at Ford Field on December 31, 2017 in Detroit, Michigan. (Photo by Leon Halip/Getty Images)</p>

The National Football League will unveil team schedules on Thursday night, but a new report out of New York says the Detroit Lions will open the season at home on Monday Night Football.

It will be the debut of new Head Coach Matt Patricia.

Other home opponents this year include the Los Angeles Rams, Seattle Seahawks, Carolina Panthers and New England Patriots. There is the usual NFC North matchups against the Minnesota Vikings, Green Bay Packers and Chicago Bears, both home and away.

When they hit the road, they will be traveling a lot, taking on the San Francisco 49ers, Arizona Cardinals, Dallas Cowboys, Miami Dolphins and Buffalo Bills.