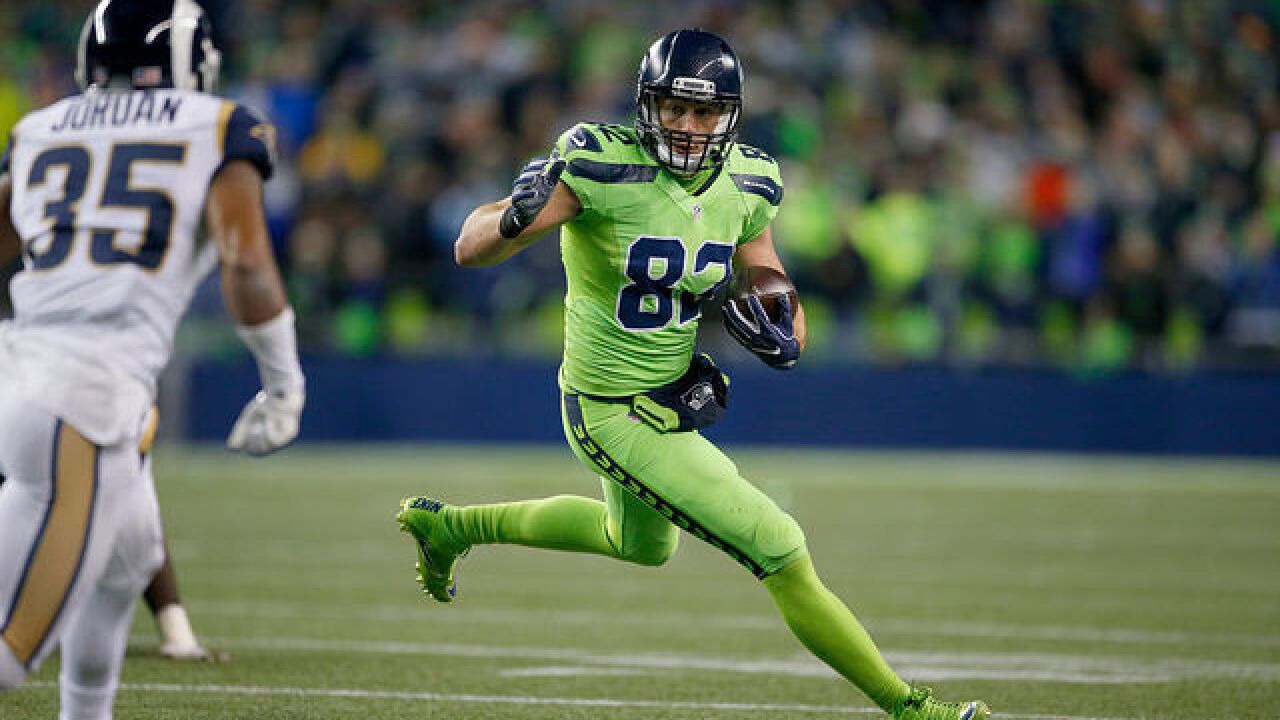 Detroit addressed needs on both sides of the ball with the moves Wednesday.

Willson has 89 career catches for 1,129 yards with 11 touchdowns in 72 games, all with the Seahawks. He has 13 catches for 154 yards and one score in the playoffs, including two receptions when Seattle routed Denver in the Super Bowl four years ago.

Seattle drafted the former Rice standout in the fifth round in 2013. Wilson is from LaSalle, Ontario, which is on the banks of the Detroit River.

The Lions opened free agency by making a major move last week, cutting ties with Ebron instead of paying him $8.25 million this season.

He started 11 games and was a reserve in four games last year for the Tennessee Titans and had 20 tackles. He previously played for four seasons for the Denver Broncos, who drafted him 28th overall in 2013 out of North Carolina.

Williams was a key player for Denver’s Super Bowl-winning team two years ago. He has 114 career tackles, including six sacks, in 59 starts and 75 games overall.