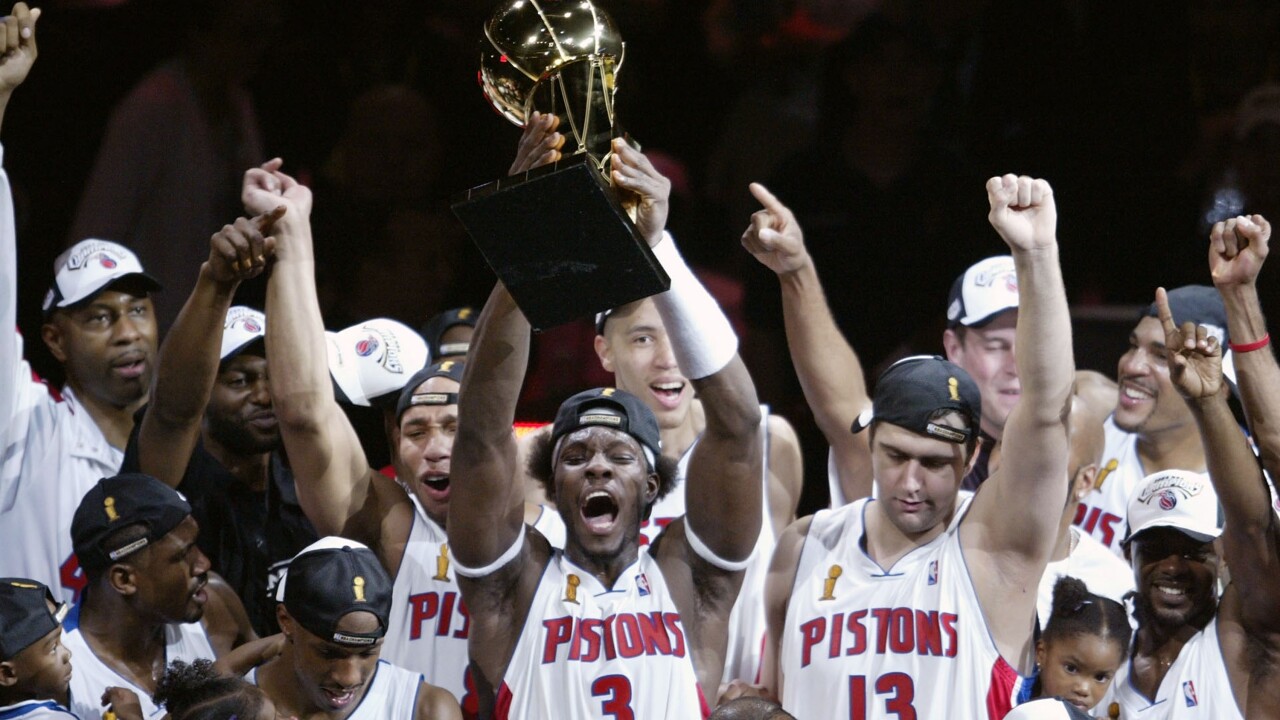 Tom Pidgeon/Getty Images
AUBURN HILLS, MI - JUNE 15: Ben Wallace #3 (C) of the Detroit Pistons holds up the Larry O'Brien NBA Championship trophy as he celebrates with teammatesafter defeating the Los Angeles Lakers 100-87 in game five of the 2004 NBA Finals on June 15, 2004 at The Palace of Auburn Hills in Auburn Hills, Michigan. NOTE TO USER: User expressly acknowledges and agrees that, by downloading and or using this photograph, User is consenting to the terms and conditions of the Getty Images License Agreement. (Photo by Tom Pidgeon/Getty Images)

Members of their respective championship teams will be on hand for each game, that will include a halftime show, video tributes, in-game interviews and more. Each night will also have a commemorative giveaway for fans.