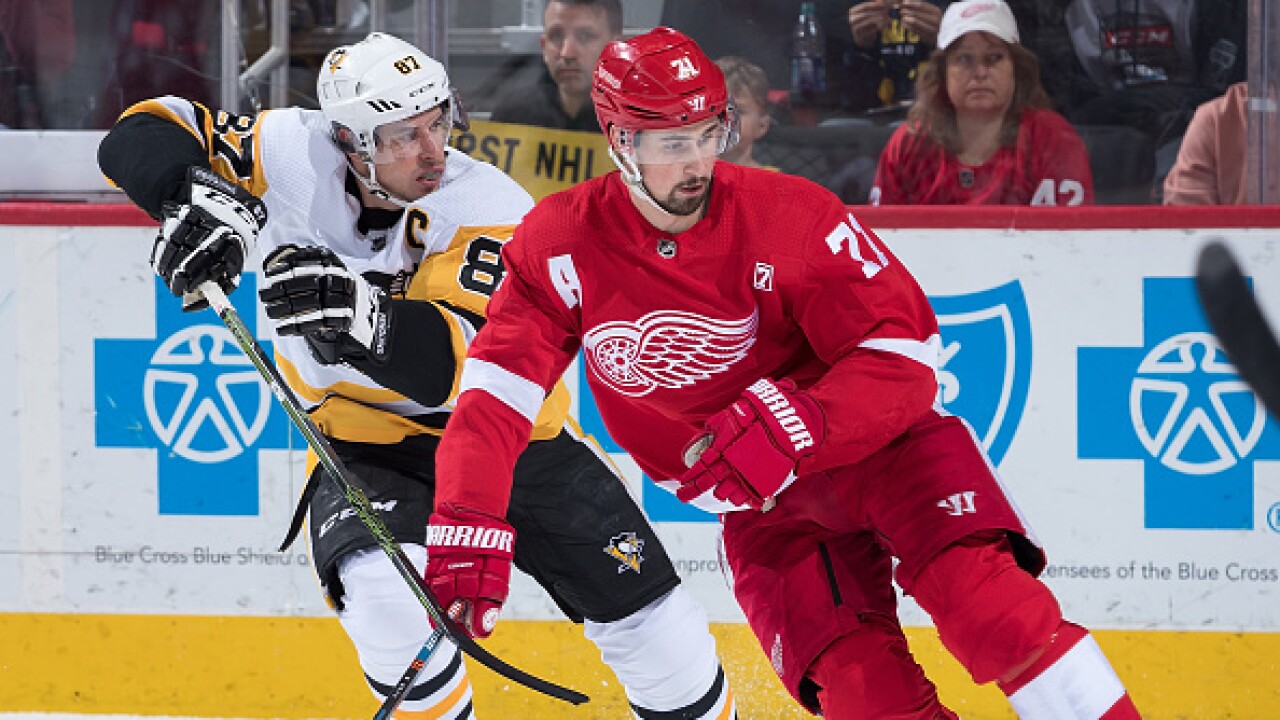 DETROIT (WXYZ) — The Detroit Red Wings have announced the 2019-20 preseason schedule with matchups against some Original-6 teams and the Stanley Cup Champion St. Louis Blues in the Upper Peninsula.

The Red Wings will kick off the preseason at Little Caesars Arena on Tuesday, Sept. 17 against the Chicago Blackhawks, before heading to Chicago the next day for a game at the United Center.

They will then host the New York islanders on Sept. 20 and Pittsburgh Penguins on Sept. 22 before traveling to both cities or road games later in the week.

On Sept. 26, they will host St. Louis in the town of Calumet, Mich., which was the winner of Kraft Hockeyville USA for 2019.

Detroit will close out the preseason against the Toronto Maple Leafs on Friday, Sept. 27 at home and then travel to Toronto on the next day.

Ticket sales will be announced at a letr date, as will tickets for the Kraft Hockeyville game on Sept. 26.