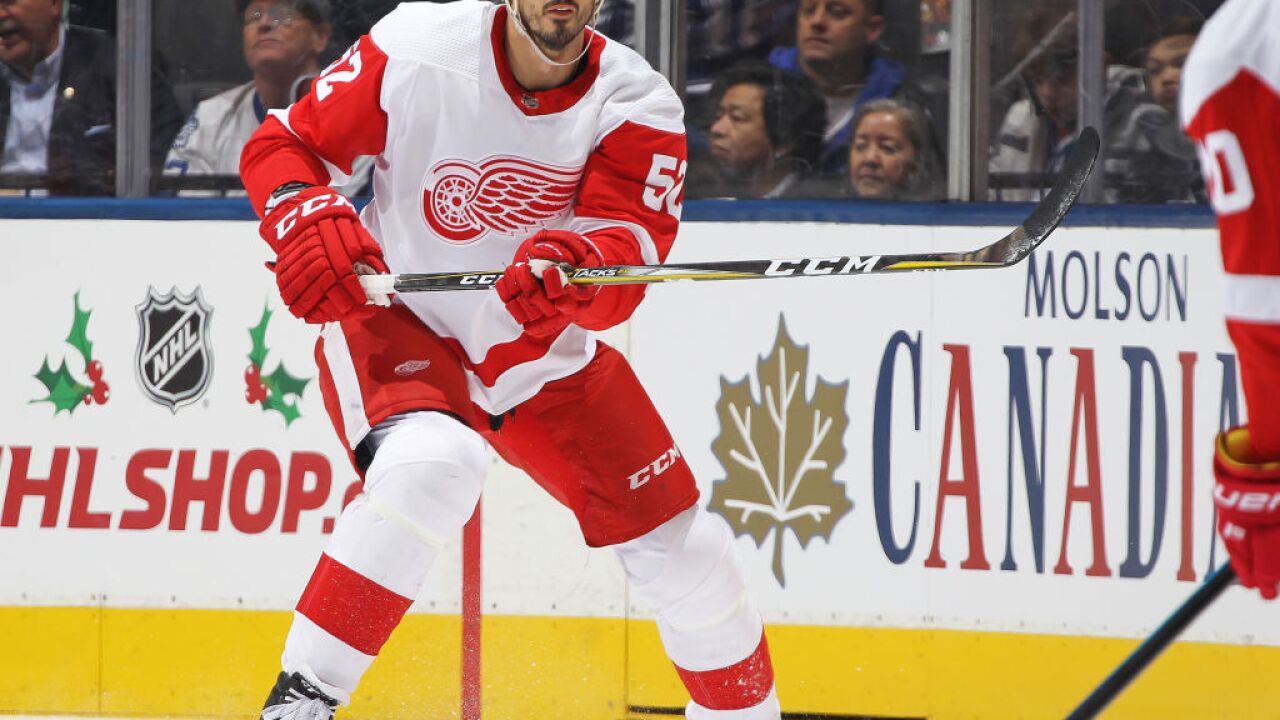 DETROIT (WXYZ) — The Detroit Red Wings have made several roster moves ahead of Tuesday night's game against the Vancouver Canucks.

The team announced that it has taken defenseman Jonathan Ericsson of of injured reserve and reportedly placed him on waivers. If he clears waivers by 12 p.m. on Wednesday, he can be assigned to the Grand Rapids Griffins.

Detroit also recalled Evgeny Svechnikov from Grand Rapids. The 22-year-old has four points in three games with the Griffins.

According to Detroit, they also assigned defenseman Alex Biega to the Griffins and placed left wing Adam Erne on IR.

Jeff Blashill said the Red Wings’ early season success was a small sample size. He said the same about the recent losses.