Detroit Red Wings will retire Red Kelly's No. 4 in February 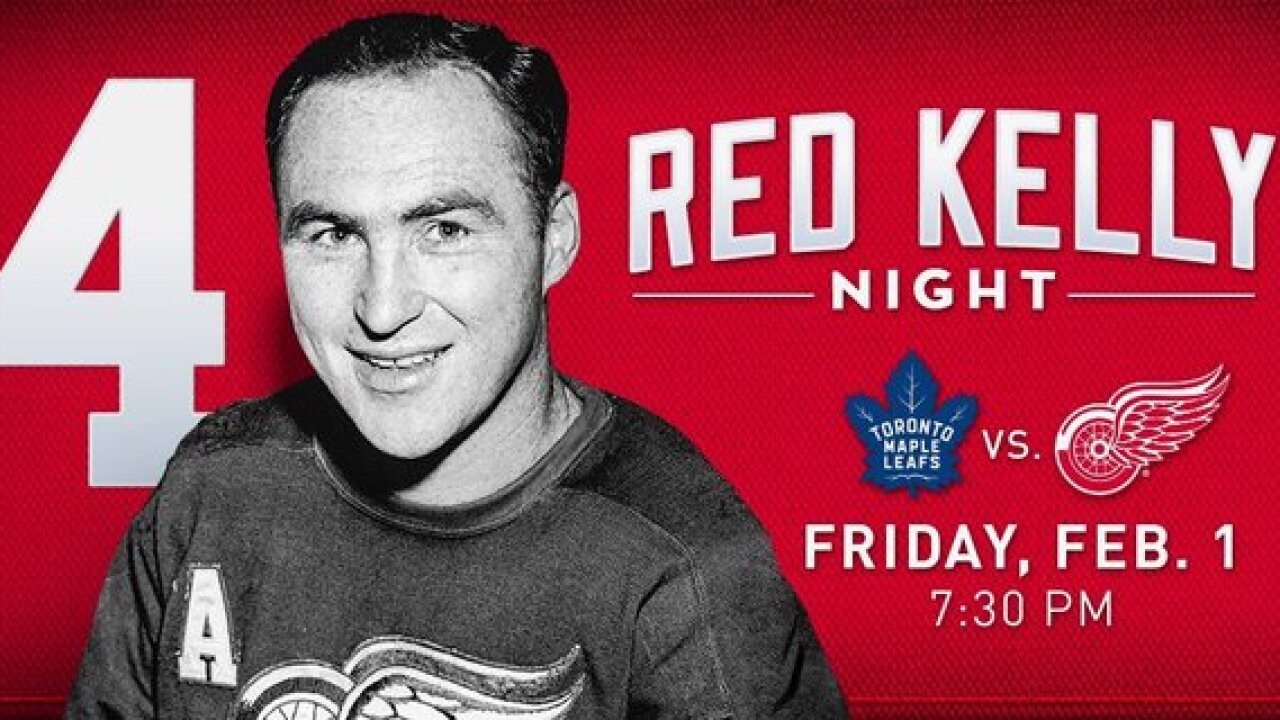 The Detroit Red Wings will add an eighth number to the rafters at Little Caesars Arena. Team President Chris Ilitch announced Thursday they will retire Red Kelly's No. 4 during a game against the Toronto Maple Leafs on Feb. 1, 2019.

“Red is one of the greatest Red Wings in the history of the franchise, and we think it’s long overdue for the organization to celebrate his numerous accomplishments,” Ilitch said. “Red was a prolific player for two decades and was a leader for the Red Wings during one of the most dominant decades in franchise history, which brought four Stanley Cup championships to Detroit. When Mrs. Ilitch and I spoke with Red and his wife, Andra, they were absolutely and authentically thrilled, as were we in sharing the news. We are looking forward to this special celebration with Red and his family.”

Kelly spent parts of 13 seasons in Detroit and wore the Winged Wheel for 846 games, where he accumulated 472 points. The other team he played for in his career was the Maple Leafs.

“There are very few players in the history of the National Hockey League with the resume of Red Kelly,” said Red Wings senior vice president Jim Devellano. “He was a tremendous player on both ends of the ice, and really revolutionized how the defensive position was played in an era where defensemen were not known for scoring a lot of goals. He encapsulated what it means to be a Red Wing, and I am thrilled that he is getting this deserved recognition.”

Ilitch would not comment on whether or not the team would retire No. 91 for Sergei Fedorov or No. 40 for Henrik Zetterberg, but just said there have been discussions.