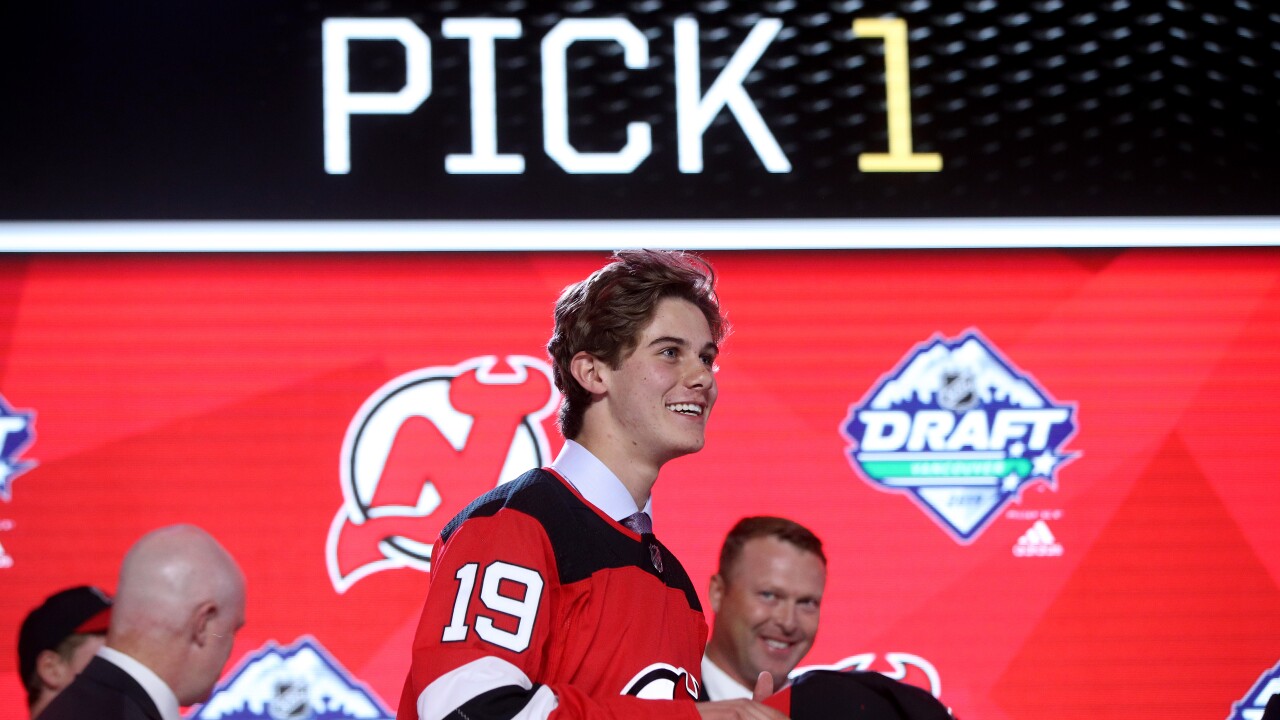 Hughes is from Orlando, Florida, and becomes the eighth American selected No. 1, and first since 2016, when the Toronto Maple Leafs chose Auston Matthews.

The 5-foot-10, 170-pound play-making center was the NHL Central Scouting Bureau's top-ranked North American prospect. Hughes was chosen ahead of Finland's Kaapo Kakko, who was the top-ranked European prospect.

The New York Rangers pick second, followed by the Chicago Blackhawks, who jumped to third from 12th in the order after being one of the teams to win the draft lottery.