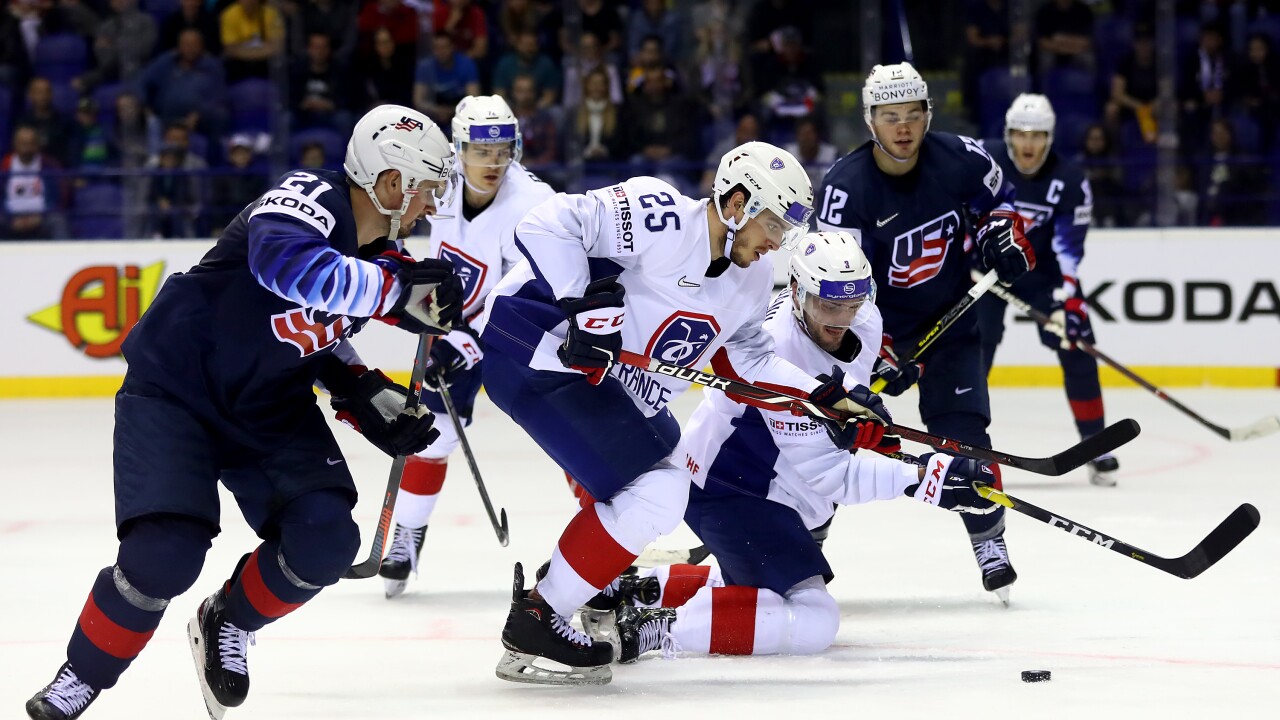 KOSICE, Slovakia (AP) -- The United States rebounded from an upset loss to Slovakia in the opening game at the ice hockey world championship by routing France 7-1 on Sunday.

After losing 4-1 to the host, the U.S. was not ready for another upset. Alex DeBrincat scored twice and Frank Vatrano added one in less than two minutes to set the pace early in the opening period for the U.S. to take command in the Group A game in Kosice.

Colin White also had two while Patrick Kane, who captained the Americans to the bronze medal at last year's worlds in Denmark, scored his first goal in Slovakia and added an assist.

Chris Kreider added one for the U.S. while Anthony Rech had a consolation goal for France.

The U.S. next faces Finland on Monday.

In the Group B game in Bratislava, star-studded Russia recorded its second straight win after blanking Austria 5-0. Evgenii Dadonov led Russia with two goals for the second consecutive game and Nikita Kucherov had a goal and an assist. Alexander Georgiev made 15 saves for the shutout.