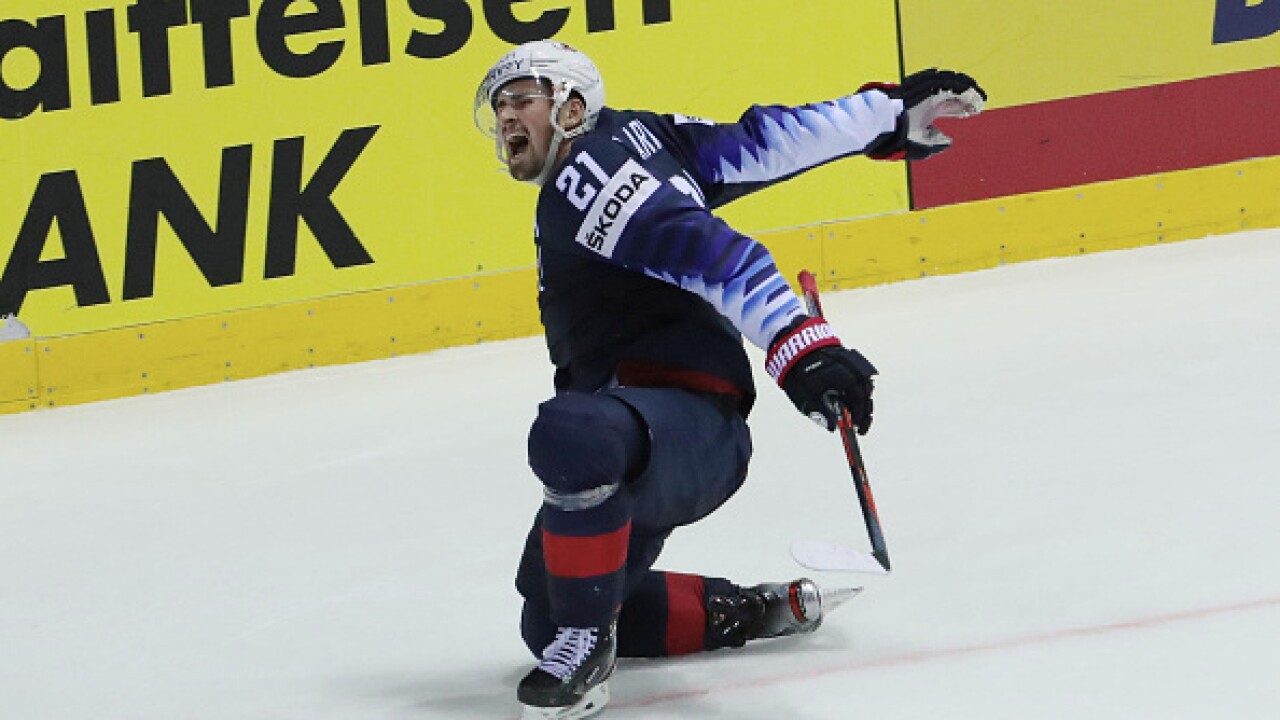 KOSICE, Slovakia (AP) -- Dylan Larkin scored with 1:13 left in overtime and Cory Schneider stopped 24 shots, lifting the United States to a 3-2 win over the Finns.

Larkin ended the 3-on-3 overtime, carrying the puck inside the right circle and scoring on a wrist shot that got past Veini Vehvilainen's blocker. The Finns complained about an open-ice hit that wasn't ruled a penalty against the U.S. shortly before Larkin scored the winning goal.

The matchup in Group A featured American center Jack Hughes and Finnish winger Kaapo Kakko, who are expected to be picked No. 1 and 2 overall, respectively, in the NHL draft next month.