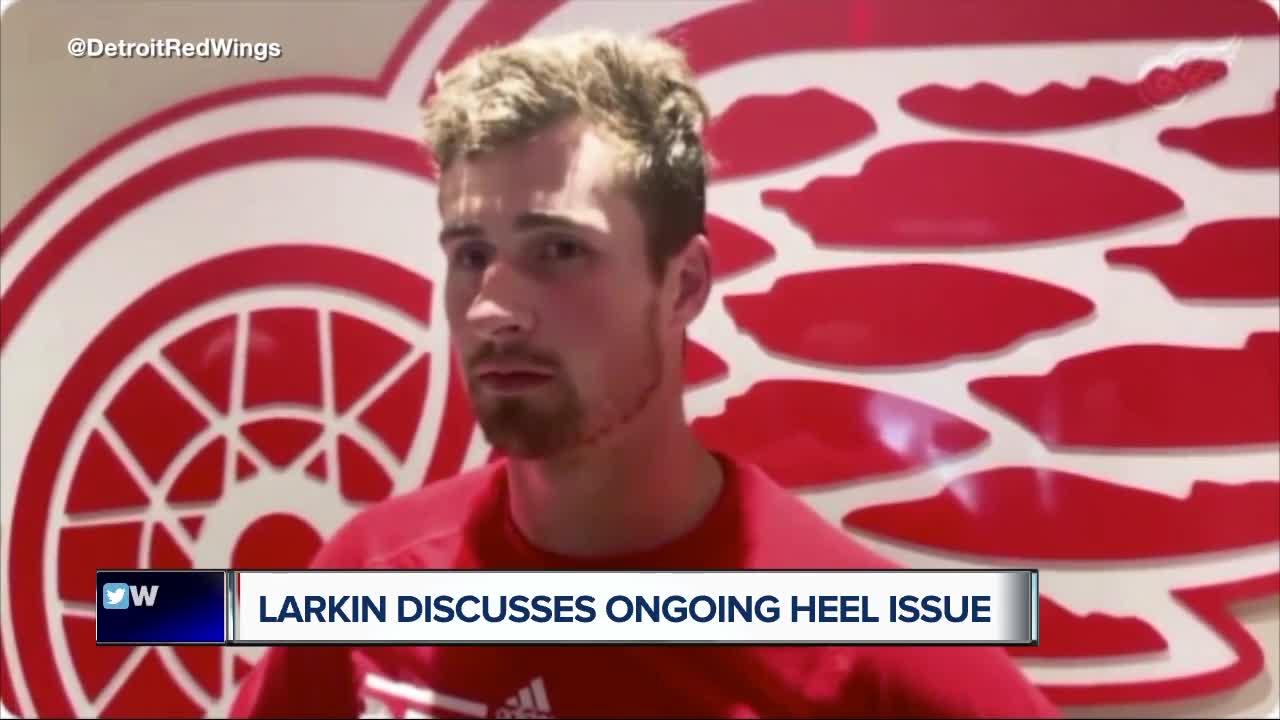 DETROIT — The Red Wings are two games into the preseason, and Dylan Larkin hasn't played yet.

He's likely to miss the weekend's two games as well.

Larkin is working through a foot issue, specifically in his heel.

“Just trying to figure it out. It’s something that came up during training, running," he told reporters on Thursday, after skating with teammates.

Larkin said he'd play if it were the regular season.

"I feel good on the ice, just taking it easy, I guess. Resting up and I hope to play soon," he said. “It’s fine, just nagging. I’ll be back playing soon. This isn’t an injury that'll hold me back."