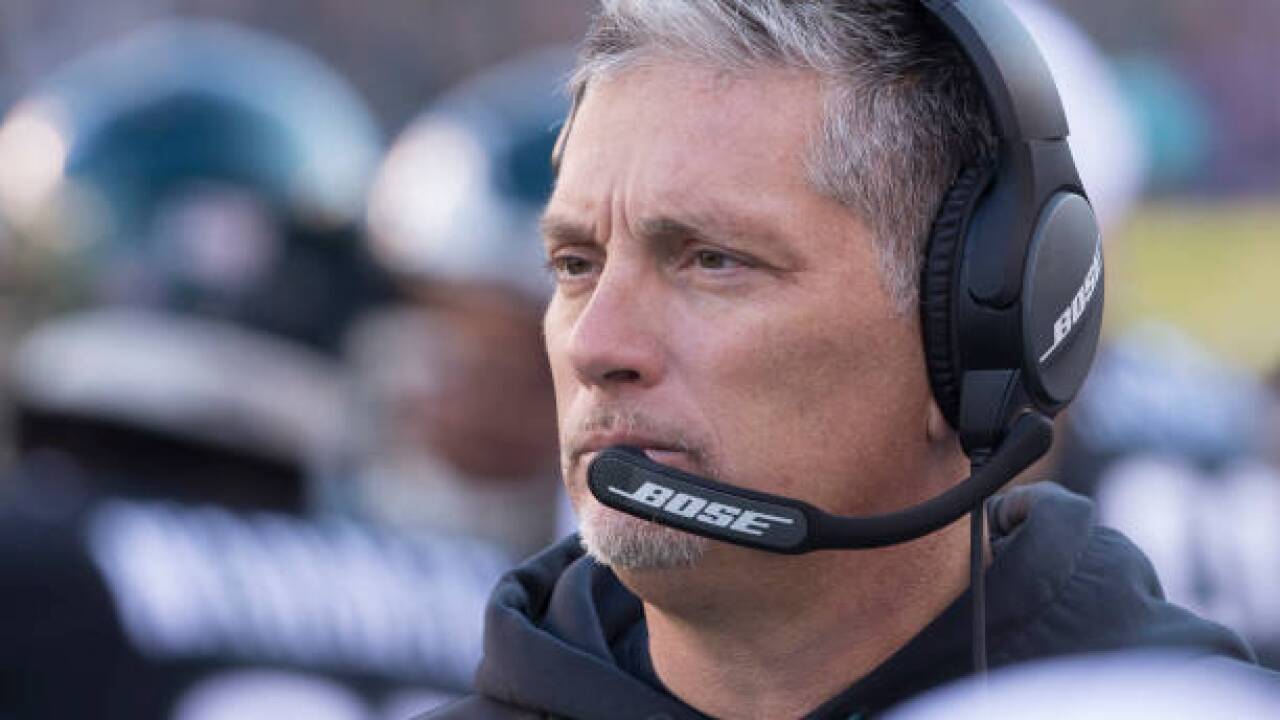 PHILADELPHIA (AP) -- Jim Schwartz struggled to remember any of his former players still on the Detroit Lions other than Matthew Stafford.

Long snapper Don Muhlbach, punter Sam Martin and cornerback Darius Slay also remain from the teams Schwartz coached from 2009-2013. Schwartz, now a Super Bowl champion defensive coordinator for the Eagles, will see all his guys when the Lions (1-0-1) visit Philadelphia (1-1) on Sunday.

"It's funny, I don't recognize anybody on that team," Schwartz said. "Stafford, the long snapper, the punter and then I think Darius Slay might be the only guys that were there. That shows you how much turnover there is in this league because it really doesn't seem that long ago. Maybe it has been."

Schwartz was a first-year head coach when Detroit drafted Stafford No. 1 overall in 2009. He was fired after going 7-9 in 2013, two years after helping the Lions reach the playoffs for the first time in 11 years. He was 29-51 over five seasons.

"He was part of that process, so I appreciate him a lot for giving me the chance," Stafford said. "We went to playoffs for the first time in a long time in this franchise's history and did a lot of good things in kind of getting us to where we are now, which I'm proud of, and I know he is, too."

Schwartz has faced Stafford twice already. He was the defensive coordinator under Doug Marrone in Buffalo when the Bills beat the Lions in Detroit. Schwartz was carried off the field by Bills players. Stafford led the Lions to a home win over Schwartz and the Eagles in 2016.

"Matt's always been a guy that is a very accurate passer," Schwartz said. "He's not afraid to put a ball in any window. He's got a strong arm. He can make all the throws. He's a really good game manager. That's gone maybe a little bit under the radar with him, and you can see that in the way they are playing. They are playing a little different scheme. They have a defensive head coach. They have an offensive coordinator that came from a run-first, Seattle-type scheme. So they have maybe a little bit different flavor, but he's still a very dangerous guy. Goes to the right spot with the ball. Makes accurate throws and moves the ball around to a lot of different people."

Some things to watch for when the Eagles host the Lions:

The Eagles will likely be without their two top receivers. Alshon Jeffery has a calf strain and DeSean Jackson has an abdominal injury. Rookie J.J. Arcega-Whiteside and third-year pro Mack Hollins would start in their place with Nelson Agholor in the slot. Agholor had eight catches for 107 yards and one touchdown in a 24-20 loss to Atlanta. He also dropped what would've been a go-ahead 60-yard TD catch. Hollins had five catches for 50 yards and Arcega-Whiteside only caught one ball for 4 yards.

Detroit hopes linebacker Jarrad Davis can play for the first time since injuring his right ankle nearly a month ago in a preseason game. Lions offensive tackle Taylor Decker has been playing through a back ailment, which he said feels good some days and not so good on others.

"Anyone who has had a back (injury), you know how they can be finicky," Decker said.

The last time Lions coach Matt Patricia faced the Eagles was in the Super Bowl on Feb. 4, 2018. The former New England defensive coordinator saw Nick Foles carve his unit for 41 points in a loss to the Eagles.

"I personally try to not look back at that Super Bowl," Patricia said.

The Eagles have only two sacks in two games and already have lost two defensive tackles to injury. Malik Jackson, who started opposite All-Pro Fletcher Cox inside, sustained a season-ending foot injury in Week 1. Tim Jernigan took his place but broke his foot last week. Hassan Ridgeway takes over for Jernigan. While there's been a lot of shuffling at the tackle spots, edge rushers Brandon Graham, Derek Barnett and Josh Sweat haven't been able to get to the quarterback, and that's problematic.

Carson Wentz and Philadelphia's offense continue to start slow. The team has scored an NFL-low 41 points in the opening quarter since the start of last season.

"I just have to find the magical plays," coach Doug Pederson said.