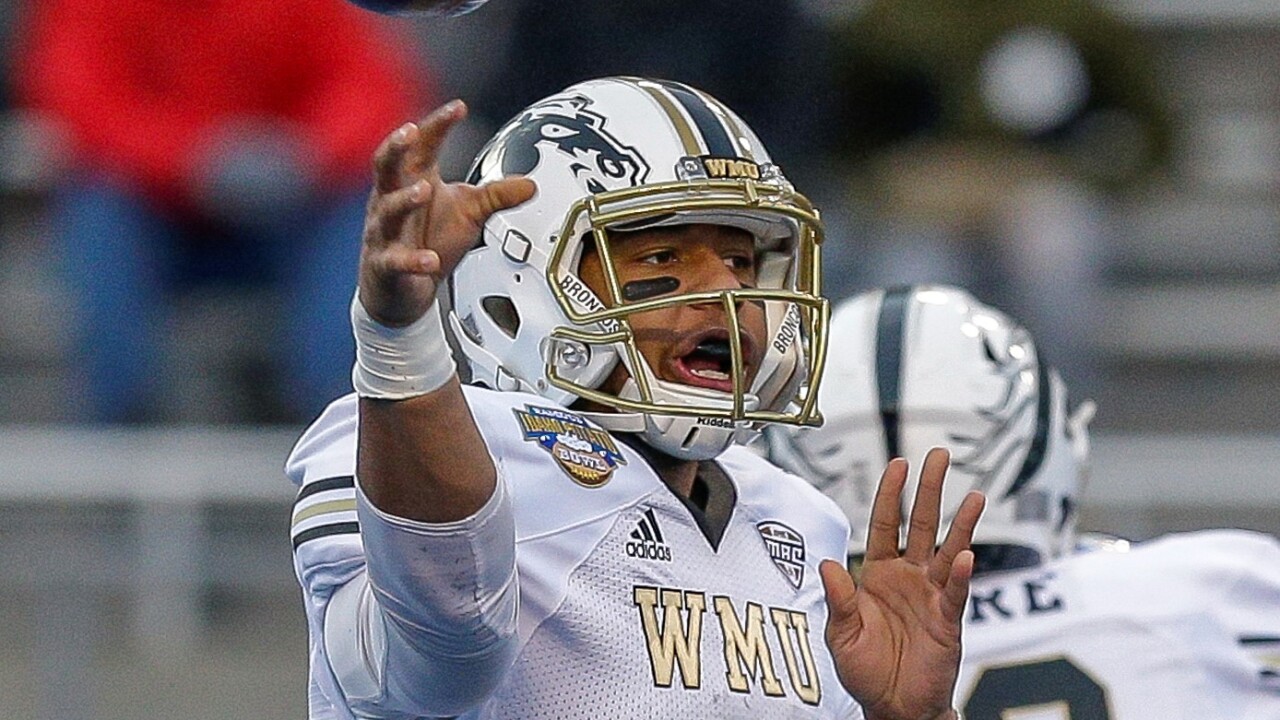 Western Michigan (3-0, 3-0 Mid-American Conference) has sole possession of first place in the East Division, and is 3-0 in the MAC for just the sixth time since 2000.

Eleby was 12 of 20 for 382 yards passing and also had a 4-yard touchdown run. Eskridge finished with four catches for 212 yards. Jaylen Hall had four receptions for 110 yards with two touchdowns. Sean Tyler added 94 yards rushing with a 6-yard TD.

Kobe Lewis broke loose for a 69-yard touchdown run to pull the Chippewas to 45-30. Eleby’s 43-yard touchdown pass to a wide-open Hall early in the fourth made it 52-30.

Lewis had 114 yards rushing with two touchdowns for the Chippewas. Kalil Pimpleton added 108 yards on the ground with three touchdowns.

Western Michigan had 628 yards of offense and Central Michigan finished with 406.