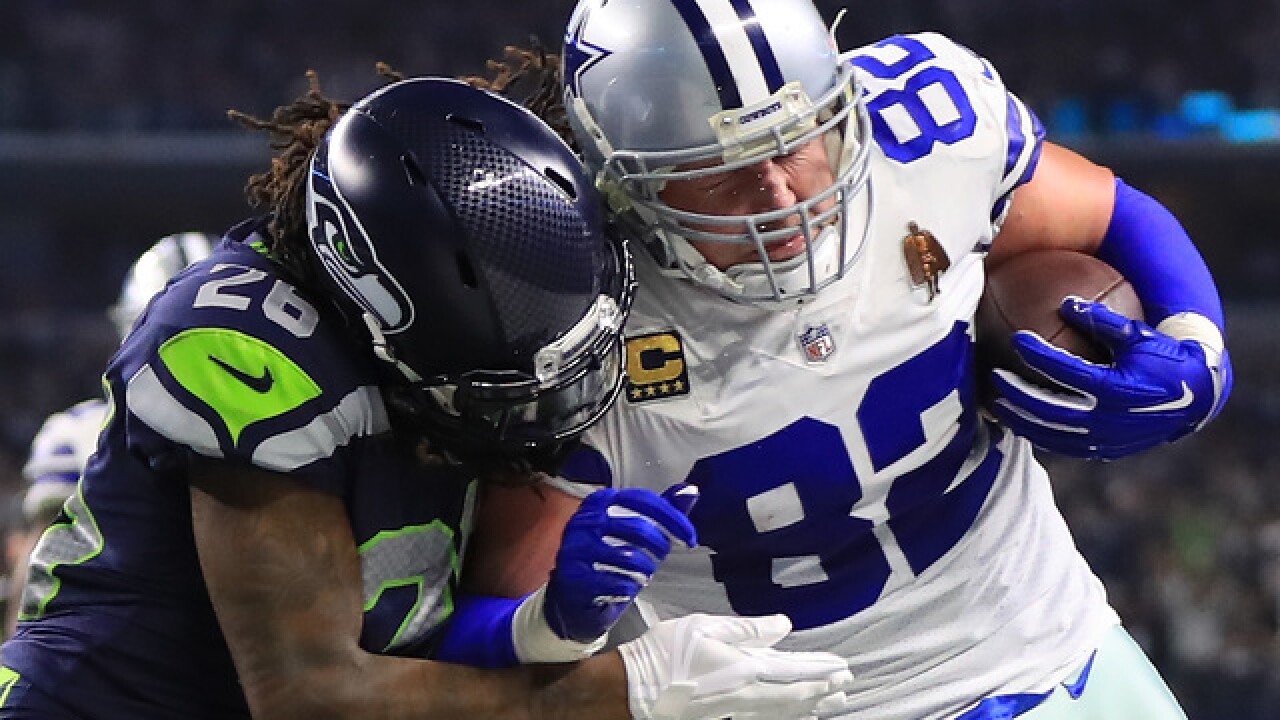 Copyright Getty Images
Ronald Martinez
<p>ARLINGTON, TX - DECEMBER 24: Jason Witten #82 of the Dallas Cowboys is tackled by Shaquill Griffin #26 of the Seattle Seahawks in the second half at AT&T Stadium on December 24, 2017 in Arlington, Texas. (Photo by Ronald Martinez/Getty Images)</p>

Witten met with owner and general manager Jerry Jones, who said no announcement was coming Friday. Jones said he'd have several conversations with Witten this week and indicated the franchise leader in games, catches and yards receiving hadn't made a final decision.

"He has some things to think about and discuss with his family from a professional perspective," Jones said before the introductory news conference for first-round pick Leighton Vander Esch.

"He also told me those things are going to require a few more days of consideration, at least through the weekend. He has not made any decisions that are definite at this time."

Jones said the Cowboys would have no other comment on Witten's future the rest of the weekend, which includes the last two days of the NFL draft on Friday and Saturday.

The news on the second day of the draft could affect Dallas' plans just a week after Witten suggested he might play until he was 40 and intended to return this coming season. Witten turns 36 early next month.

If Witten leaves Dallas, it's the second straight year that a Cowboys star is retiring to go into broadcasting. Former quarterback Tony Romo became the lead analyst for CBS last season.

The decision by Witten also would mean the Cowboys have lost two of their top three players in career touchdown catches this month. The club released receiver Dez Bryant, the club leader with 73 TD grabs, in a cost-cutting move. Witten is third with 68, three behind Hall of Famer Bob Hayes.

But stats and flash never really defined Witten, always praised by coach Jason Garrett as the best two-way tight end in the NFL because of his blocking ability.

Even though he was still active, the team paid tribute to him in its new practice facility with a huge picture of Witten running down the field against Philadelphia in 2007 without his helmet, which was knocked off on a hit as he stayed on his feet and kept going for almost 30 yards.

The decision by Witten would mean the lead analyst job at all three networks will be held by former players who spent their entire careers with the Cowboys. The other is Fox's Troy Aikman, who won three Super Bowls as quarterback in the 1990s.

Witten and Romo spent 14 seasons together, but never got the Cowboys to the NFC championship game. Dallas won two wild-card games with them, but lost both times in the divisional round.