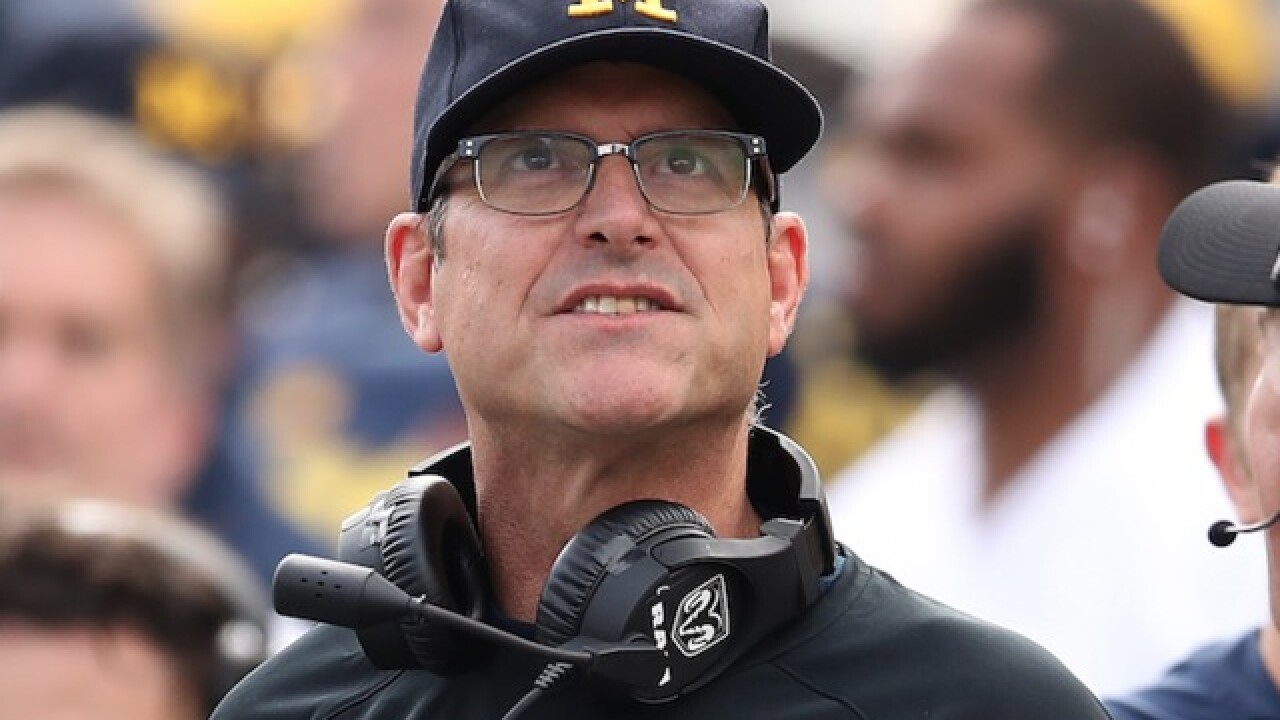 Harbaugh talked to WXYZ about life as a first-time grandpa, and the proud moment his son Jay and daughter-in-law Brhitney became parents.

"I was kind of just humming along, going, 'Baby's coming, that's exciting. I'm going to be a grandfather.' But when you see the baby born, you realize, 'Wow. There's another Harbaugh in the world,'" he said.

So what position does he see Jacob playing?

"Quarterback. We'll start there. Why not!"

WATCH THE INTERVIEW IN THE VIDEO BELOW OR CLICK HERE