Bears score early and often in win over Lions 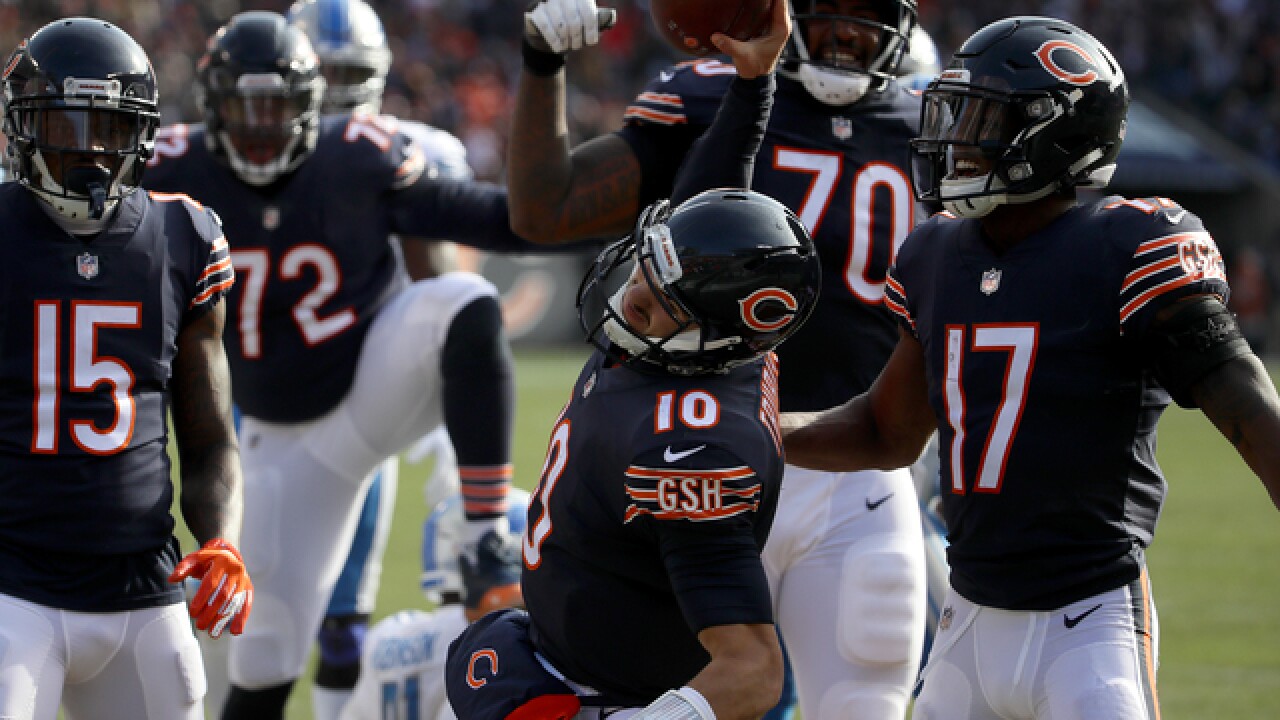 The Bears (6-3) had dropped nine of 10 against Detroit (3-6) and were seeking their first victory over a division opponent since Oct. 31, 2016, against Minnesota.

Chicago jumped out to a 26-7 halftime lead with Trubisky and Allen Robinson leading the way. And the Bears surpassed their win total from last year with their third straight victory.

Trubisky completed 23 of 30 passes against a short-handed secondary, with standout cornerback Darius Slay sidelined by a knee injury.

Rookie Anthony Miller added a career high 122 yards on five receptions, including a 45-yard TD and a 55-yard catch.

Khalil Mack had two of Chicago's six sacks against Matthew Stafford -- both in the second half after missing back-to-back games with an injured right ankle.

Bryce Callahan had a sack and an interception.

About the only downer for the Bears was Cody Parkey missing two extra points and two field goals. Things were so bad for him that fans cheered sarcastically when he made an extra point late in the first half and let out a loud roar when the Bears went for a 2-point conversion after a touchdown by Robinson in the third.

But Parkey's misses didn't stop the Bears from opening a three-game stretch against division opponents on a winning note.

Detroit dropped its third in a row after back-to-back victories.

Stafford was consistently under pressure again after getting sacked 10 times against Minnesota the previous week. He was 25 of 42 for 274 yards, two touchdowns and a pair of interceptions.

Coming off a 41-9 romp at Buffalo, Chicago immediately took control by scoring on its first four possessions.

The Bears went 75 yards on the game's opening drive, with Tarik Cohen running it in from the 3 after Robinson broke a tackle by DeShawn Shead on a 35-yard slant. Parkey hit the right upright on the extra-point attempt.

Robinson also had Shead on him when he hauled in a 36-yard pass in the end zone on third-and-15 in the closing minute of the first quarter.

Chicago added to its lead early in the second quarter on a 45-yard touchdown pass to Miller, who wriggled free when Glover Quin tried to tackle him at about the 20. Parkey missed another extra point, this time off the left upright.

Callahan then intercepted Stafford at the Detroit 30 and got pushed out at the 18. That led to a 4-yard touchdown by Trubisky on a draw, making it 26-0.

Detroit scored with just over a minute left in the half when Kerryon Johnson went over the top for a touchdown.