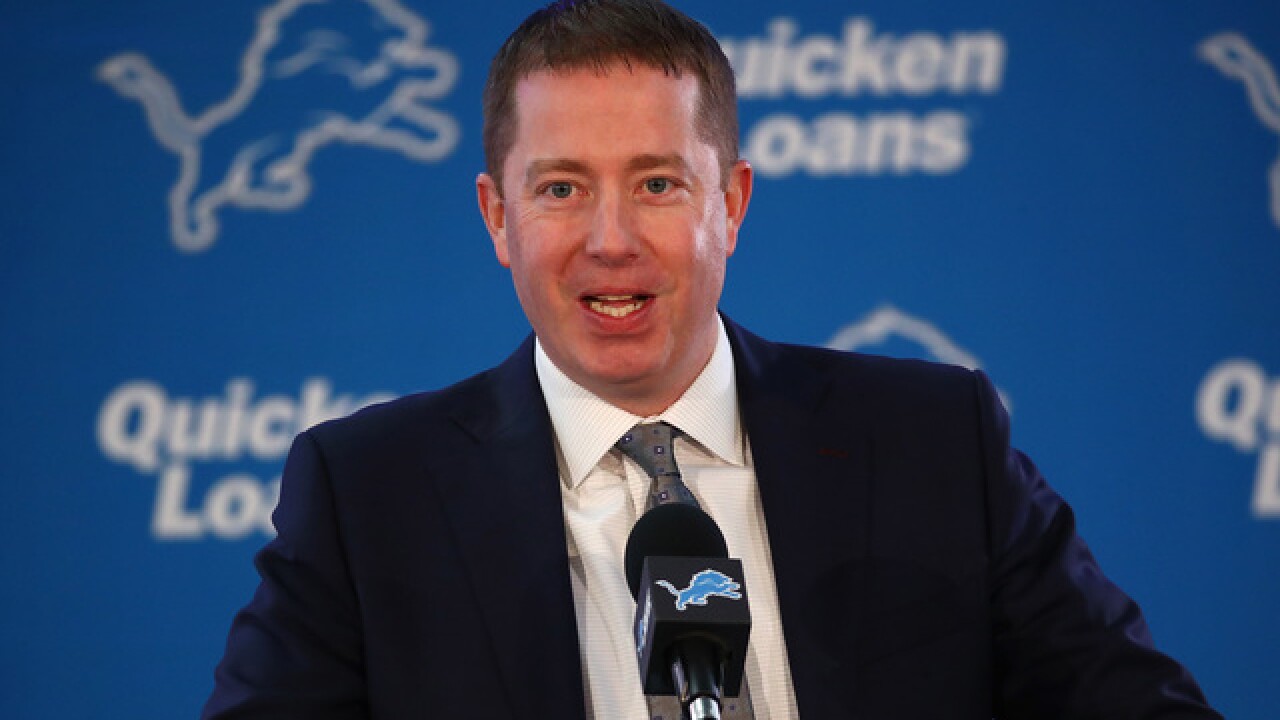 "Matt and I worked together for over ten years in New England, so there was a lot of time spent together," Quinn explained. "We went through a couple years in the late 2000s where Matt and I spent time on the road evaluating college prospects, so there's a lot of long drives, a lot of hotel stays, a lot of dinners out, so we had a lot of time to bond as friends and as professionals.

Quinn said Patricia was at the top of his list following the firing of Jim Caldwell as head coach in January.

"I think I was very fortunate to bring him to Detroit, because the last couple months has been great. He's been awesome in the building, the players have been responding to him, and we have a great feel for how we're going to do next season."

Between the hiring of Matt Patricia and the signing of running back LeGarrette Blount, the New England Patriots connections have been apparent since Quinn took over in Detroit. Quinn says Patriots head coach Bill Belichick and his 'do your job' mentality had a strong influence on him during his time with New England.

"Every job you have (in the building), whether you're the equipment manager, head scout, or position coach, if you just do your job to the best of your ability, everything in the organization gets better. So that's what I'm trying to preach to my scouts and my personnel department, and I know Matt's preaching the same thing to his coaching department. So if we take our jobs really seriously and do the best we can every day, we're going to make this team better."