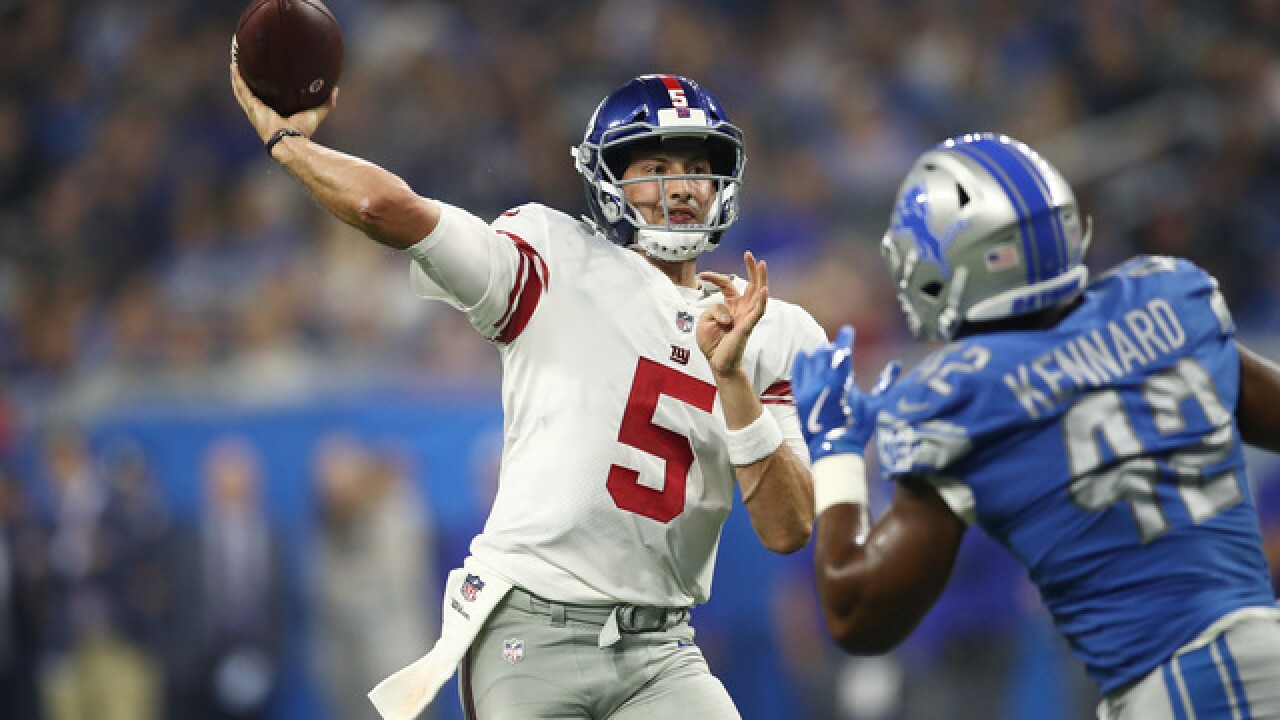 Webb was 14 of 20 for 140 yards with an 8-yard TD pass to Wayne Gallman Jr., who scored for a second time later in the game. Webb showed poise in the pocket and touch down the field, connecting on a perfectly lofted 40-yard pass to Russell Shepard to set up Aldrick Rosas' 55-yard field goal in the second quarter.

Webb, a 2017 third-round pick, bounced back from a poor performance last week. He was 9 of 22 for 70 yards, sailing passes over open receivers in the preseason opener against Cleveland to raise some concerns about whether he's ready to be the team's No. 2 quarterback.

Giants rookie quarterback Kyle Lauletta, a fourth-round pick, scrambled and scored on a 10-yard run in the third quarter to put the Giants ahead 17-3. Gallman took an inside handoff and bounced to the outside on an 11-yard run to put New York up by three TDs early in the fourth.

The Lions started Matthew Stafford after sitting him in last week's game at Oakland and he had a shaky game behind a porous offensive line. Stafford was 2 of 5 for 51 yards and was sacked twice and hit once as he threw.

Jake Rudock replaced Stafford in the second quarter and finished 23 of 30 for 171 yards with a TD. Rudock came back in the fourth, reliving veteran Matt Cassel, who threw an interception.

INJURIES
Giants: RB Jalen Simmons left the game in the second half with a concussion. Shepard left the game in the fourth with a finger injury.
Lions: LB Steve Longa appeared to hurt his right knee when he tried to tackle Lauletta on his TD run in the third quarter. After being evaluated on the field, Longa walked off the field slowly and went toward the locker room.

NATIONAL ANTHEM
There were no player protests during the national anthem. The Lions, as they did last week, stood on the sideline with their arms locked together. The Giants all stood at attention and many players held their right hand over their heart.

UP NEXT
Giants: Face the Jets on the field they share, technically as the visitors on Aug. 24.
Lions: Visit Tampa Bay on Aug. 24.