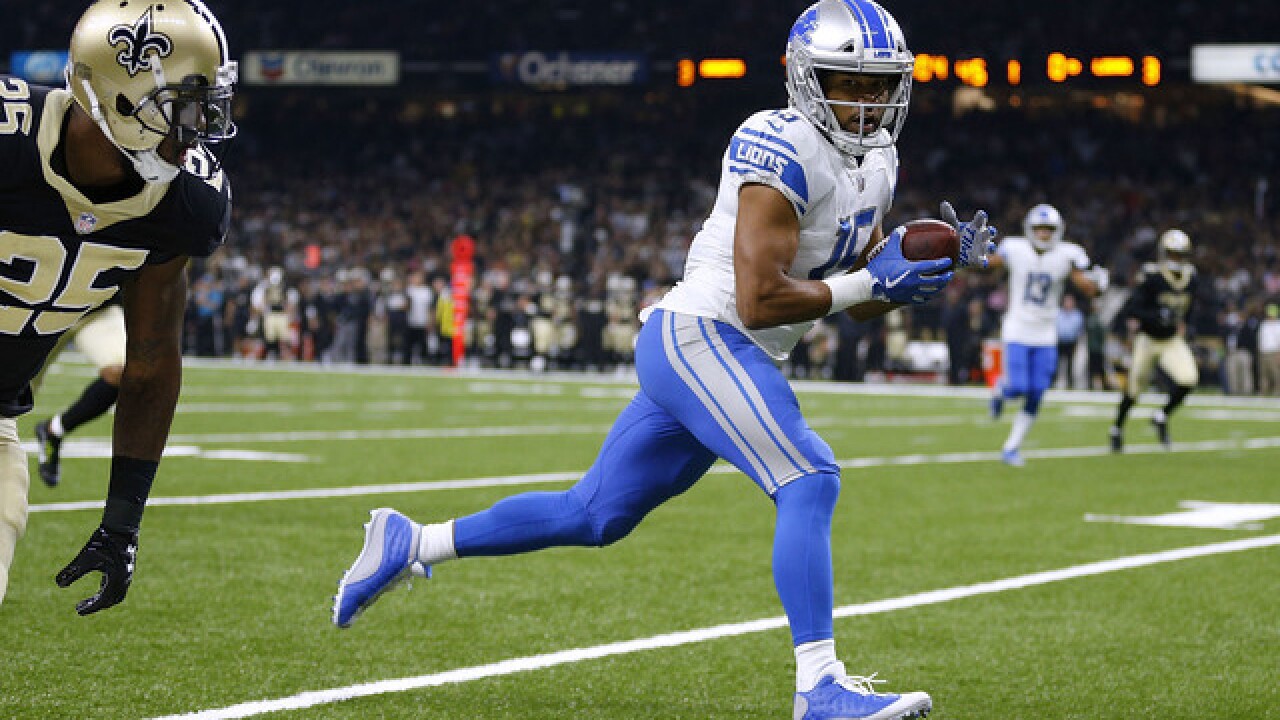 Copyright Getty Images
Jonathan Bachman
<p>NEW ORLEANS, LA - OCTOBER 15: Golden Tate #15 of the Detroit Lions catches the ball for a touchdown as Rafael Bush #25 of the New Orleans Saints defends during the first half of a game at the Mercedes-Benz Superdome on October 15, 2017 in New Orleans, Louisiana. (Photo by Jonathan Bachman/Getty Images)</p>

Well Mr. @TheRock Johnson. How about loser has to wear and post on social a picture wearing the opposite team gear. I know UA got a lot of @NDFootball gear so should be easy for you to find! 😂 I’ll even rock the #TurnOverChain If y’all win! #GoIrish #BeatTheCanes https://t.co/zUmSMLjAL7

Deal. 👊🏾@NDFootball wins, I’ll wear a #23 jersey in honor of the Golden One. @univmiami wins, you’ll rock #94 in honor of the People’s Champ. After the loss, look on the brightside brotha..
you’ll finally wear colors of a champion. #TheU 🙌🏾 https://t.co/L97h6ugHDn

Tate and Johnson formed a bit of a social media rapport after Johnson's endorsement of Tate's "People's Elbow" touchdown celebration against the Saints in October.