Lions add Da'Shawn Hand, 2 others on final day of draft 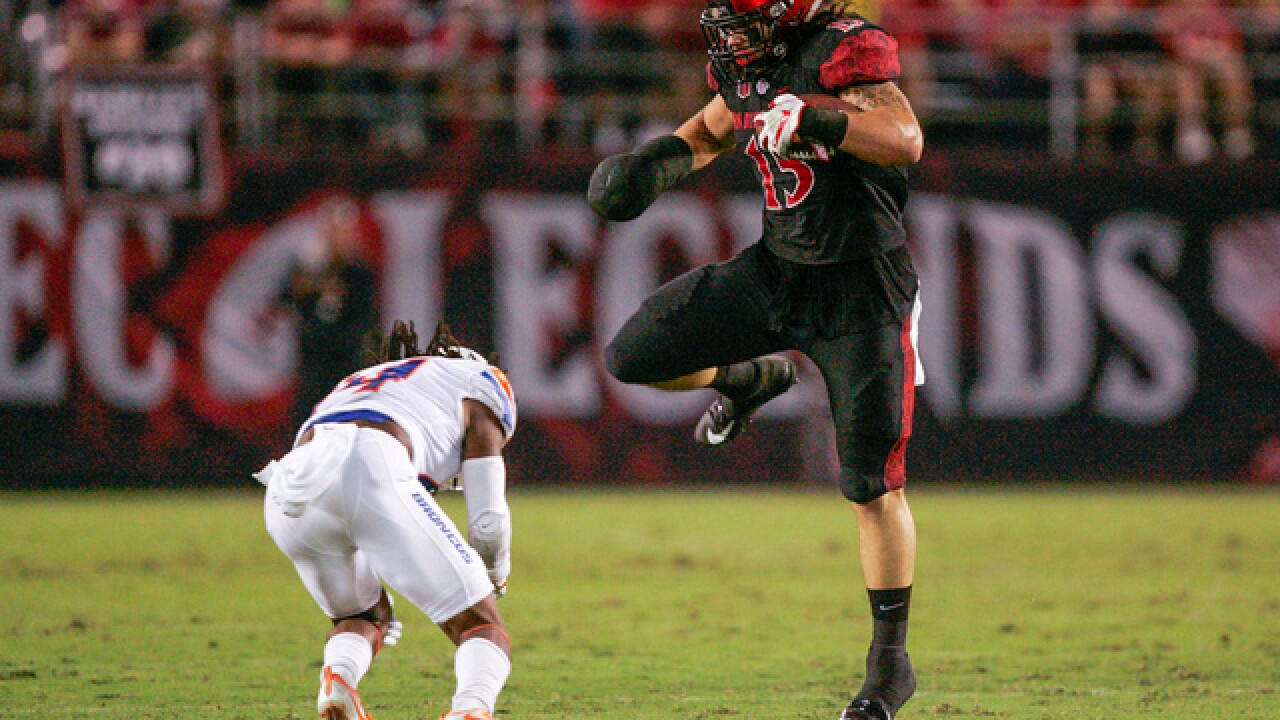 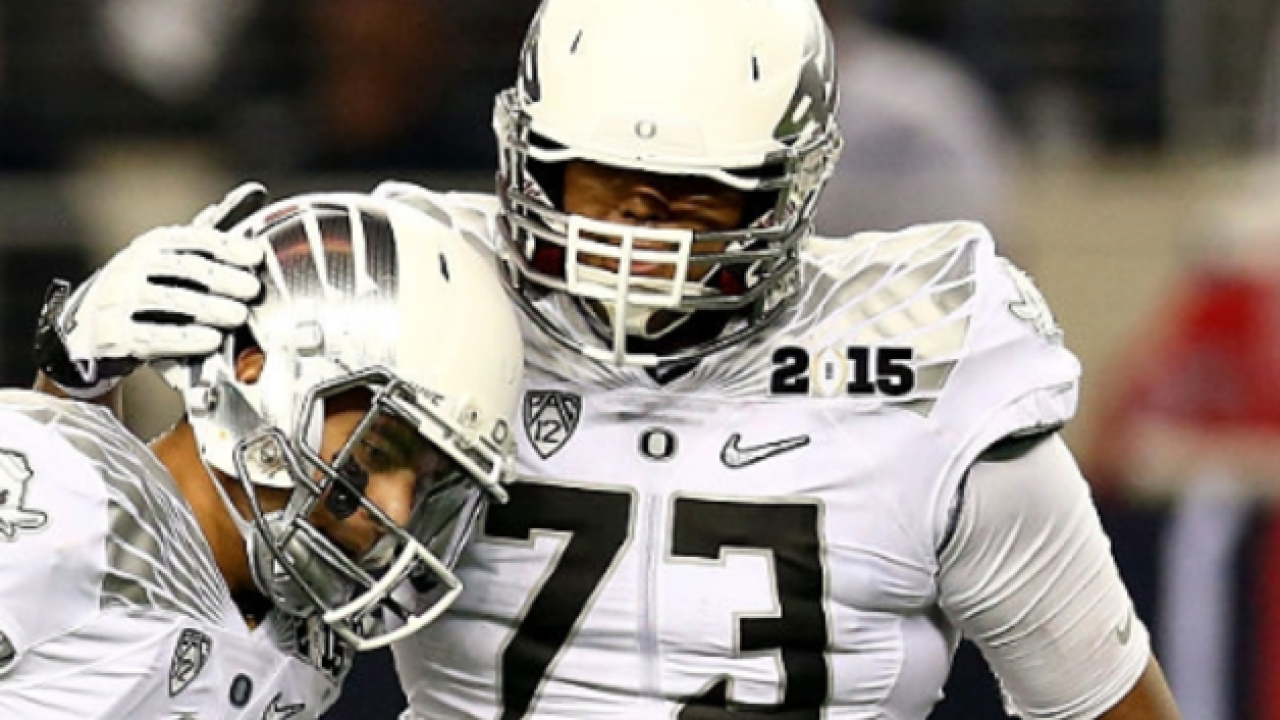 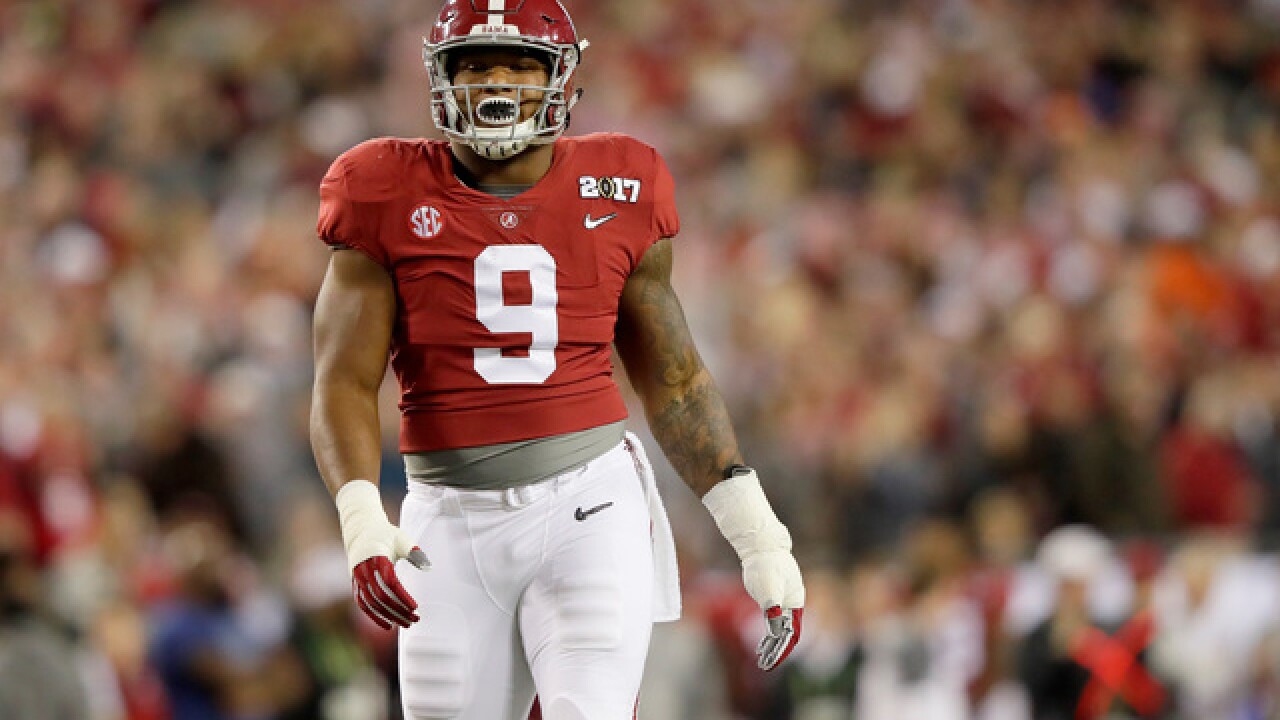 ALLEN PARK, Mich. (AP) -- The Detroit Lions have been nothing if not persistent in the NFL draft.

The Lions picked an offensive lineman in the first round for the fourth time in seven years. Then they took a running back in the second round -- the fourth time since 2010 they've drafted a player at that position in rounds one or two. They eventually moved on to the defense, but for Detroit, this draft was clearly an effort to improve the running game.

"I think it's supply and demand," general manager Bob Quinn said Saturday. "Look at the board, I'd say, quite honestly, there was much, much more depth along the offensive line and at running back than there was at pass rush, and the pass rushers came off pretty early, and then there's a huge drop-off."

Detroit picked center Frank Ragnow of Arkansas , running back Kerryon Johnson of Auburn and safety Tracy Walker of Louisiana-Lafayette on the draft's first two nights. The Lions entered Saturday with only two picks left, but they traded into the fourth round and took defensive end Da'Shawn Hand of Alabama.

Then Detroit added offensive lineman Tyrell Crosby of Oregon in the fifth round and fullback Nick Bawden of San Diego State in the seventh.

Crosby faced some questions about his injury history, and he wouldn't say how many concussions he's had. Neither did Quinn.

Some other things to know about Detroit's draft:

KINDRED SPIRITS: The Lions made two trades with New England, moving up eight spots in the second round Friday and then trading into the fourth Saturday. That makes six trades between Detroit and the Patriots since Quinn took over the Lions after the 2015 season.
Quinn had served in a variety of roles in player personnel for the Patriots.
"It's really easy to work with people you know, right?" Quinn said Friday night. "You call some teams and it would take like 30 minutes to do a trade because they can't make a decision. I'm just telling you how it is. Some teams you can call and you can get it done in like 30 seconds."

SEC FOCUS: In his three drafts, Quinn has picked eight players from the Southeastern Conference. That includes five of Detroit's six picks in the top two rounds in that span.
"I know I'm in Big Ten country here. I'm going to tread lightly here. The SEC has a great brand of football," Quinn said. "I think when you watch SEC football, it's probably the closest thing in terms of scheme to the NFL."

HALF-DOZEN: The Lions had only six picks in the draft this year, their fewest since they took five players in 2011.

POSITION SWITCH: Bawden was another example of Detroit's effort to improve its running game. He actually was a quarterback at San Diego State before switching to fullback. He said he had to gain weight and started cooking his own meals. That led to a question about what he knows how to cook.
"I can cook a chicken, like sweet potatoes, veggies, just really basic meals," he said.  "I'm really looking forward to taking cooking lessons, so I can learn how to cook with all the spices, and all the sauces and make everything really good. But I can definitely cook for myself, but I don't know if someone else I cook for is going to love it because it's pretty plain."

STILL NEED: The Lions didn't address their defensive front until the fourth round and didn't add any linebackers. They have a top cornerback in Darius Slay but may need to upgrade across from him. Detroit used a second-round pick last year on cornerback Teez Tabor, but he made only one start as a rookie.