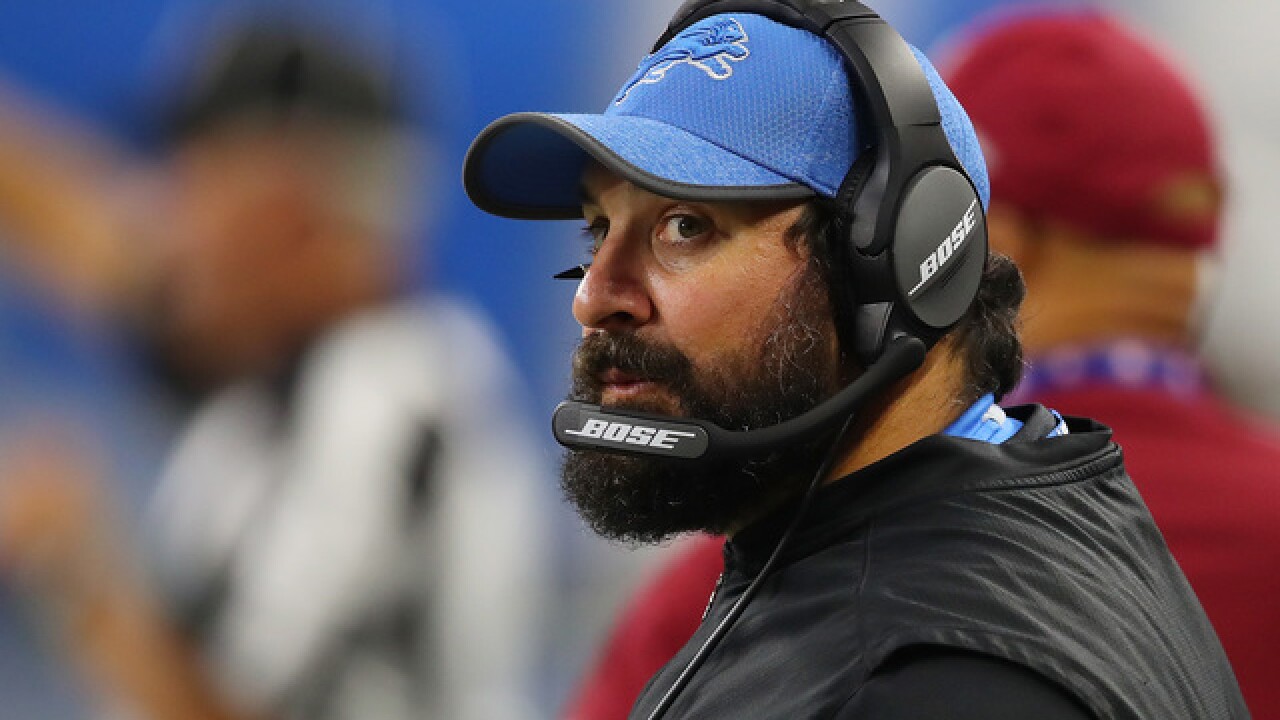 ALLEN PARK, Mich. (AP) -- The Detroit Lions underwent a regime change in the offseason, and the early returns already have long-suffering fans of this team fearing the worst.

A 1-3 record in the NFL preseason saw the Lions finish with a minus-34 point differential. But if this is cause for concern, new coach Matt Patricia isn't showing it.

"I think for me, I'm really just trying to look forward as far as what we've got to do this week," Patricia said. The Lions open the regular season playing host to the New York Jets on Monday, and that's where Patricia is placing his emphasis.

His players are also opting to take the same approach as their coach.

"We're kind of using the preseason as a stepping stone," linebacker Jarrad Davis said.  "Now we're playing and practicing for a new team, somebody that we want to go beat, and it's actually going to count."

Defensive back Quandre Diggs, who agreed a three-year, $20.4 million contract extension with the team on Monday, figures the Lions are simply in the midst of the natural growing pains that come from a transitional phase.

"I've dealt with change in the past in college (at Texas)," Diggs said. "It really isn't different. It's the nature of the business."

Still, surrendering a league-high 27.75 points in preseason play has to be a worry for a team that put its future in the hands of Patricia, formerly the defensive coordinator of the New England Patriots.

"I think we got some things accomplished as far as player evaluation," Patricia said. "That was our biggest point of emphasis. We got some fundamentals laid down."

He'll continue to evaluate and reassess. On Monday, Patricia reached back into his past as the Lions claimed linebacker Marquis Flowers on waivers from the Patriots.

"We'll still be working the roster as best we can," Patricia said. "We'll be bringing guys in. There's a lot of guys that have been released here over the last couple of days, and more to come, so we'll continually try to look at those players to see if they help upgrade us."

After the Lions concluded the preseason with a 35-17 home loss to the Cleveland Browns, Patricia allowed that the process of implementing what he wants to do is going to take a long time. Exactly how long was a commitment he wasn't prepared to make.

"I don't think we ever really put a finite time on that," Patricia said. "We certainly have a lot of work to do, which is definitely part of this as we go. I thought by the end of training camp, things were working a lot more smoother, a lot better.

"It's just a process that we go through and where that journey takes us, we'll find out."

NOTES: Rookie receiver Brandon Powell switched from No. 1 to No. 10, but it was not of his own volition. "I don't know," Powell said. "I just came in here this morning and it was hanging in my locker. I was just happy to have a number." ... Flowers was issued No. 59. ... LB Trevor Bates was waived to make room for Flowers. ... Two players picked up on waivers Sunday, CB Dee Virgin (Houston) and OL Andrew Donnal (Baltimore), joined practice Monday. Donnal was issued No. 78 and Virgin is wearing No. 30.