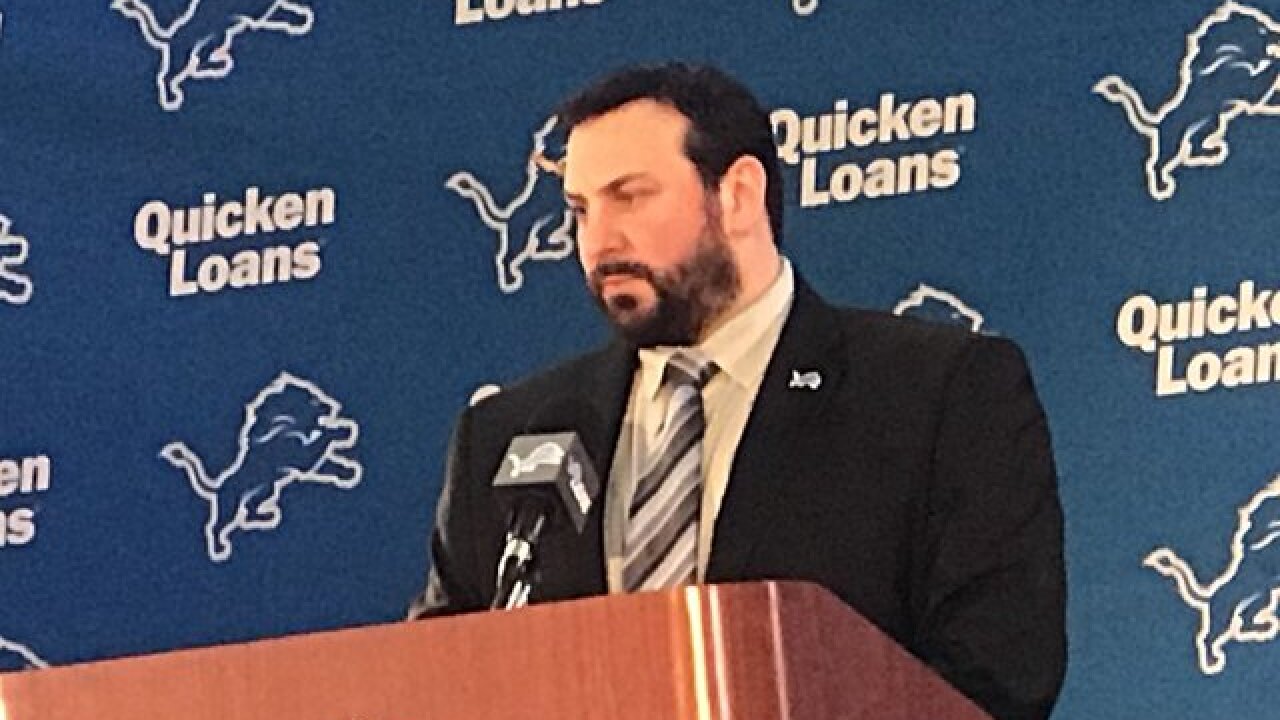 The Detroit Lions has issued a statement in response to reports that Head Coach Matt Patricia was indicted on sex assault in a case that was ultimately dismissed.

The case was dismissed in January 1997.

The Lions have released the following statements from Matt Patricia and from Lions' owner Martha Firestone Ford, Bob Quinn and Rod Wood.

As someone who was falsely accused of this very serious charge over 22 years ago, and never given the opportunity to defend myself and clear my name, I find it incredibly unfair, disappointing, and frustrating that this story would resurface now with the only purpose being to damage my character and reputation. I firmly maintain my innocence, as I have always done.

I would never condone any of the behavior that was alleged and will always respect and protect the rights of anyone who has been harassed or is the victim of violence. My priorities remain the same – to move forward and strive to be the best coach, teacher, and man that I can possibly be.

Responding to a published report this evening from the Detroit News, The Detroit Lions are aware that a criminal charge involving sexual assault was brought against Matt Patricia in 1996. Matt was 21 at the time and on spring break in Texas. The charge was dismissed by the prosecutor at the request of the complaining individual prior to trial. As a result, Coach Patricia never had the opportunity to present his case or clear his name publicly in a court of law. He has denied that there was any factual basis for the charge. There was no settlement agreement with the complaining individual, no money exchanged hands and there was no confidentiality agreement. In discussions today with Lions management, the reporter involved acknowledged that the allegations have not been substantiated.

As an organization, The Detroit Lions take allegations regarding sexual assault or harassment seriously. Coach Patricia was the subject of a standard pre-employment background check which did not disclose this issue. We have spoken to Coach Patricia about this at length as well as the attorney who represented him at the time. Based upon everything we have learned, we believe and have accepted Coach Patricia’s explanation and we will continue to support him. We will continue to work with our players and the NFL to further awareness of and protections for those individuals who are the victims of sexual assault or violence.