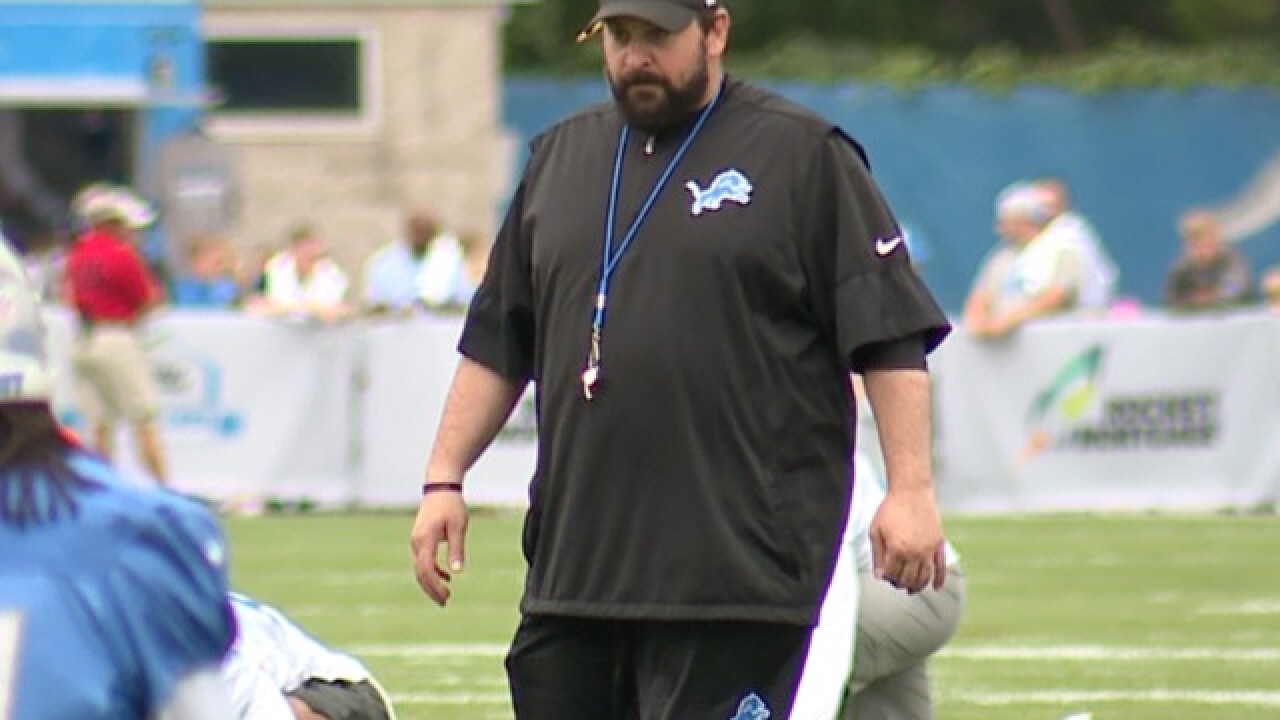 ALLEN PARK, Mich. (AP) -- Detroit Lions coach Matt Patricia walked briskly onto a field for his first NFL training camp in charge with a black cap, black pullover and black shorts while a yellow pencil was nestled over his right ear.

And, he didn't waste any time sending messages on Friday.

Patricia pulled aside safety Tavon Wilson, one of many former New England Patriots now in the Motor City, to say a few words early in practice.

Wilson, knowing Patricia expects everyone to always hustle, listened to what Patricia had to say and then sprinted to rejoin his teammates on another field.

After speaking briefly with team president Rod Wood, the new coach tried to connect with as many players as possible as they stretched out and warmed up. He chatted with some, slapped hands with others and simply tapped helmets as he roamed with a bounce in his step and a smile on his face.

During drills, Patricia spent time with many of the position groups to evaluate quietly or teach with words and gestures.

While Patricia tried to sound businesslike in his news conference before practice, it was clear how fired up he was even before his white sneakers hit the green grass.

"When you walk out on the field again, the painted lines, the fresh cut grass, all of that sort of atmosphere around it, it's exciting," he said. "If you have been in this game a long time, it takes you back years to when whether you were playing or first started coaching or even just a little kid running around."

The Lions have been around .500 in recent years, winning nine games in each of the past two years after averaging nine wins over the previous two seasons.

That was not enough for Jim Caldwell to keep his job with the franchise for a fifth season.

The Lions fired Caldwell and hired Patricia shortly after last season, hoping some of what he learned as one of Bill Belichick's top assistants will rub off on a team with one playoff victory in 60-plus years.

Even though Detroit made only subtle roster changes , linebacker Jarrad Davis said the major move made on the sideline may make an impact.

"It can be a huge difference," Davis said. "The way he came in, honestly, just set the tone right away. You know, he came in, he laid down the law. He gave us the rules and he came in with energy. ... He came in, made it clear, gave us the expectations. And now we have something we can chase."

Davis declined to say what the Lions are chasing, and Patricia has insisted he is only interested in talking about small-picture goals such as making the most out of each day.

Even though Patricia has not ever led an NFL team, a veteran coach who gave him a pivotal opportunity many years ago believes he is ready.

Detroit defensive coordinator Paul Pasqualoni, who hired Patricia as a graduate assistant at Syracuse in 2001, said he knew he would be working for a high-energy, bright coach when he accepted the offer. What he didn't know was how detail-oriented Patricia would be as a head coach.

Patricia has a detailed planned for everything, Pasqualoni said, including the team's hydration and nutrition plan.

"Until you work with him there's no way of knowing that," Pasqualoni said.