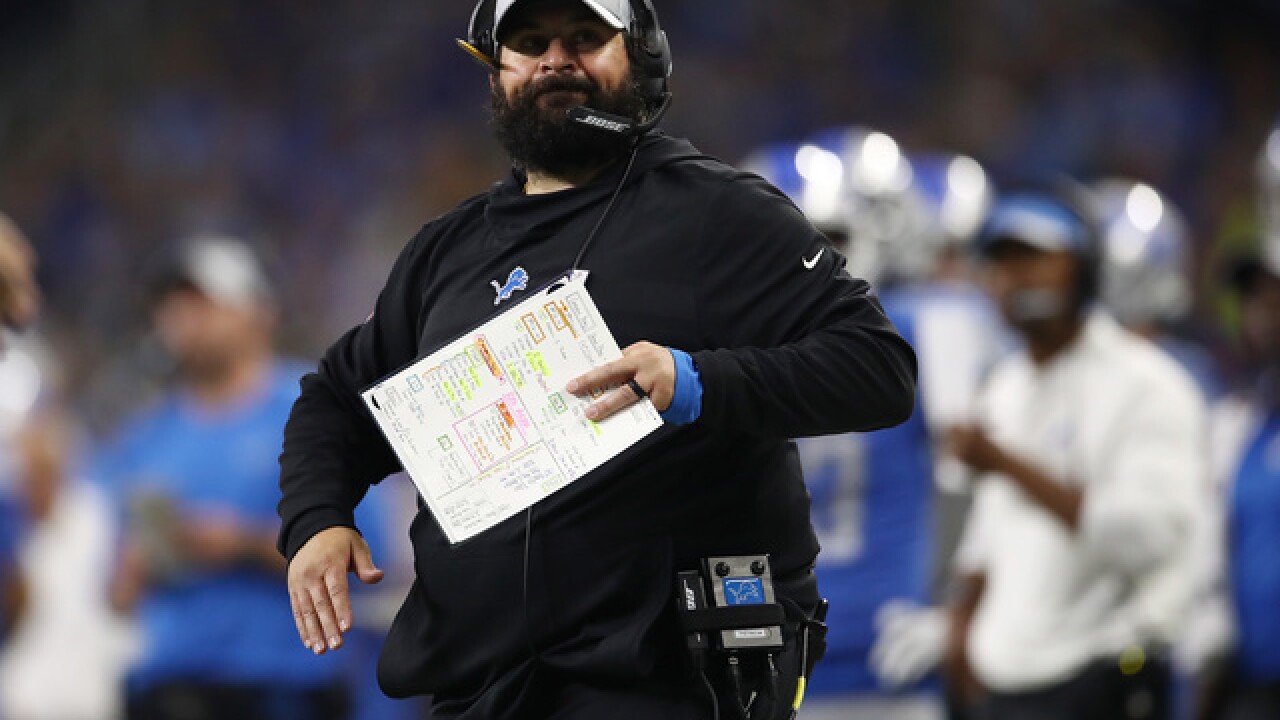 Jamal Agnew, who earned All-Pro honors last season as a rookie punt returner, was put on injured reserve with a knee problem. The Lions announced the move Monday, although coach Matt Patricia doesn't seem to be ruling out the possibility of Agnew returning this season.

"We'll just go through the process with it," Patricia said. "That's the good thing about that kind of designation is we have options. If we get to that point where we can expedite him or use him, then we'll try to do that."

What's clear for now is that the Lions will be without Agnew for a while, and their season could hinge on what happens in these next few games. Detroit (2-3) recovered from a terrible start to the season with victories over Tom Brady and New England and Aaron Rodgers and Green Bay.

But those two wins came at home. Now the Lions play three of their next four games on the road -- and their next seven are against teams currently at .500 or better.

Detroit plays at Miami this weekend.

"I've always had battles with this team," said Patricia, a former New England assistant. "They definitely play tough, they play real tough at home. This is a grueling team to play at home. Obviously, they do a great job down there. They use the crowd noise to their advantage."

Agnew returned two punts for touchdowns last season. He's averaged only 5.6 yards per punt return this season but has also returned six kickoffs for an average of 27.8 yards.

Agnew also plays cornerback and has even contributed a bit on offense for the Lions.

"He's obviously a very valuable player to our team. Really can do a great job of turning field position, does a great job when he's out there at gunner, plays defense," Patricia said. "So, a pretty multiple, versatile player for us. But that's the nature of the game. We have guys that are going to have to step up and fill those roles whether it's one person or multiple guys. We'll just try to put the best guy out there that we can."

Running back Ameer Abdullah has been listed as the backup returner for Detroit, behind Agnew.

The Lions actually had a better record on the road (5-3) than at home (4-4) last season, but they've dropped their first two games away from home in 2018. Miami is 3-0 at home this season, including an overtime win over Chicago on Sunday in 89-degree weather.

"I think as you can see as the games go on down there, the teams in the end -- conditioning will be a big part of the game," Patricia said. "They're fortunate that they have that nice shaded sideline down there for their home team, so we're going to be in the heat for the entire game.

NOTES: Lions CB Nevin Lawson went to high school in the Miami area and expects to have plenty of supporters in the crowd this weekend -- although he said he wasn't about to become everybody's ticket broker. "I tell them just go on StubHub.com and you get all the tickets you want," Lawson said. ... The Lions signed LB Trevor Bates to the active roster from the practice squad. ... The Lions also announced that they have signed free agent linebacker Garret Dooley to the practice squad.