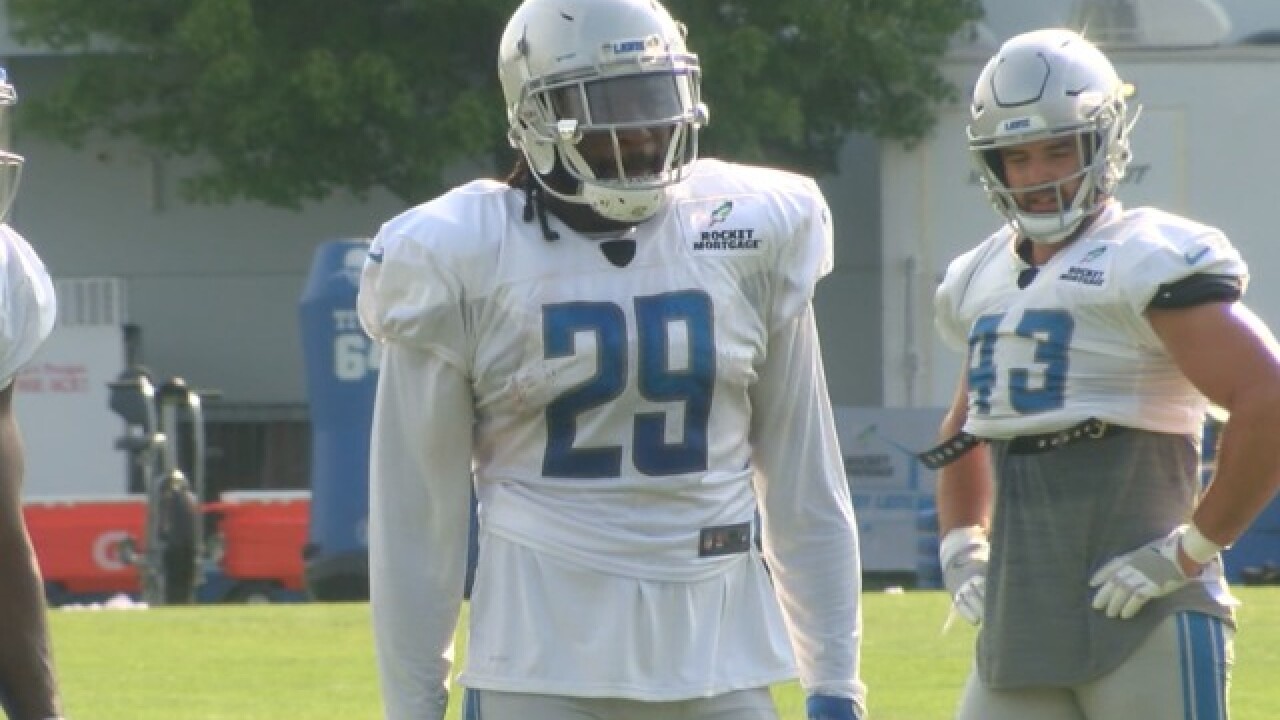 ALLEN PARK, Mich. (AP) — Detroit Lions running back LeGarrette Blount returned to training camp a day after walking off the field during practice.

The Lions are counting on the 31-year-old Blount to help improve their running game, which has ranked among the NFL’s worst in recent years.

He helped Philadelphia and New England win the past two Super Bowls. Blount ran for 1,927 yards and 20 touchdowns over the previous two seasons.

Safety Tavon Wilson attended practice, but was not in pads with his teammates. It was not clear why Wilson was held out of drills. Defensive lineman Da’Shawn Hand left the field with his right knee wrapped in ice.

Detroit has its first day off during training camp Tuesday.