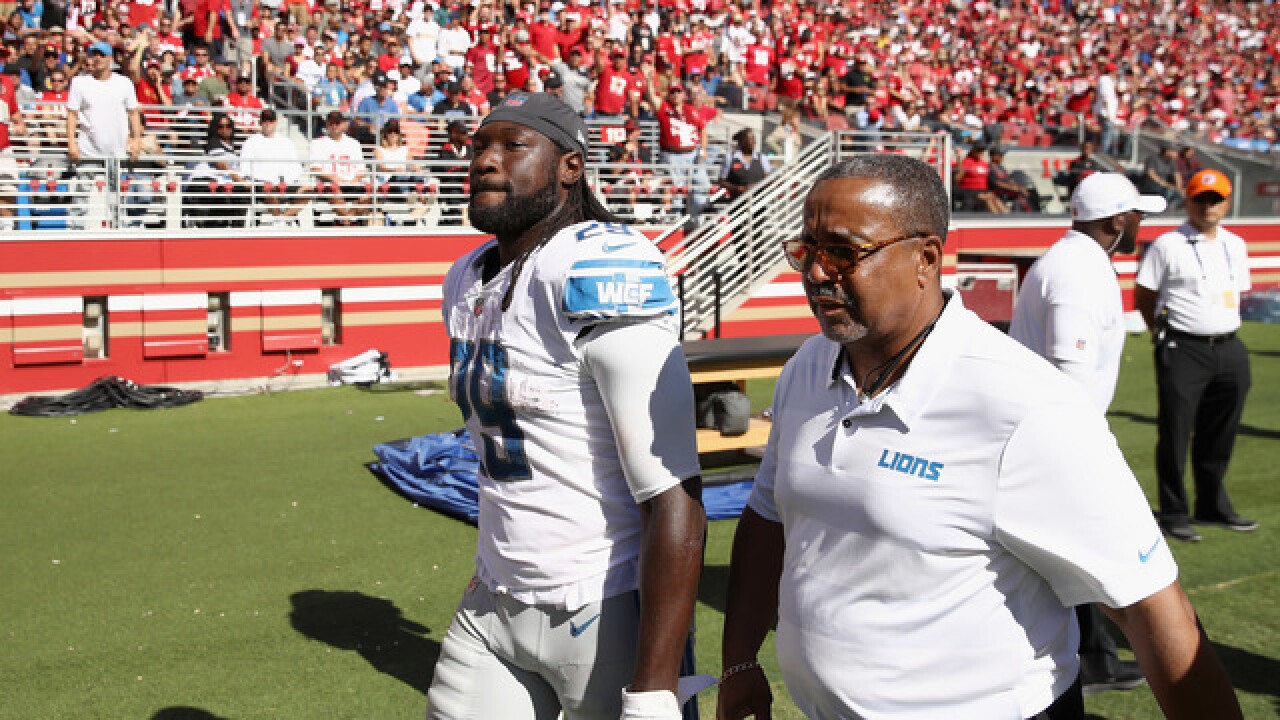 Copyright Getty Images
Ezra Shaw
<p>SANTA CLARA, CA - SEPTEMBER 16: LeGarrette Blount #29 of the Detroit Lions leaves the field after being ejected for unnecessary roughness during their game against the San Francisco 49ers at Levi's Stadium on September 16, 2018 in Santa Clara, California. (Photo by Ezra Shaw/Getty Images)</p>

(AP) -- Detroit Lions running back LeGarrette Blount picked up a $10,026 fine for his actions midway through the fourth quarter of the Lions' loss to San Francisco.

Blount was ejected for a personal foul penalty after he came off the sideline and shoved 49ers linebacker Elijah Lee to the ground. That came right after Detroit quarterback Matthew Stafford was pushed out of bounds near the sideline.

Blount took exception to a hit he thought might have been a tad bit late -- although Stafford was still in bounds on the play and no penalty was called.