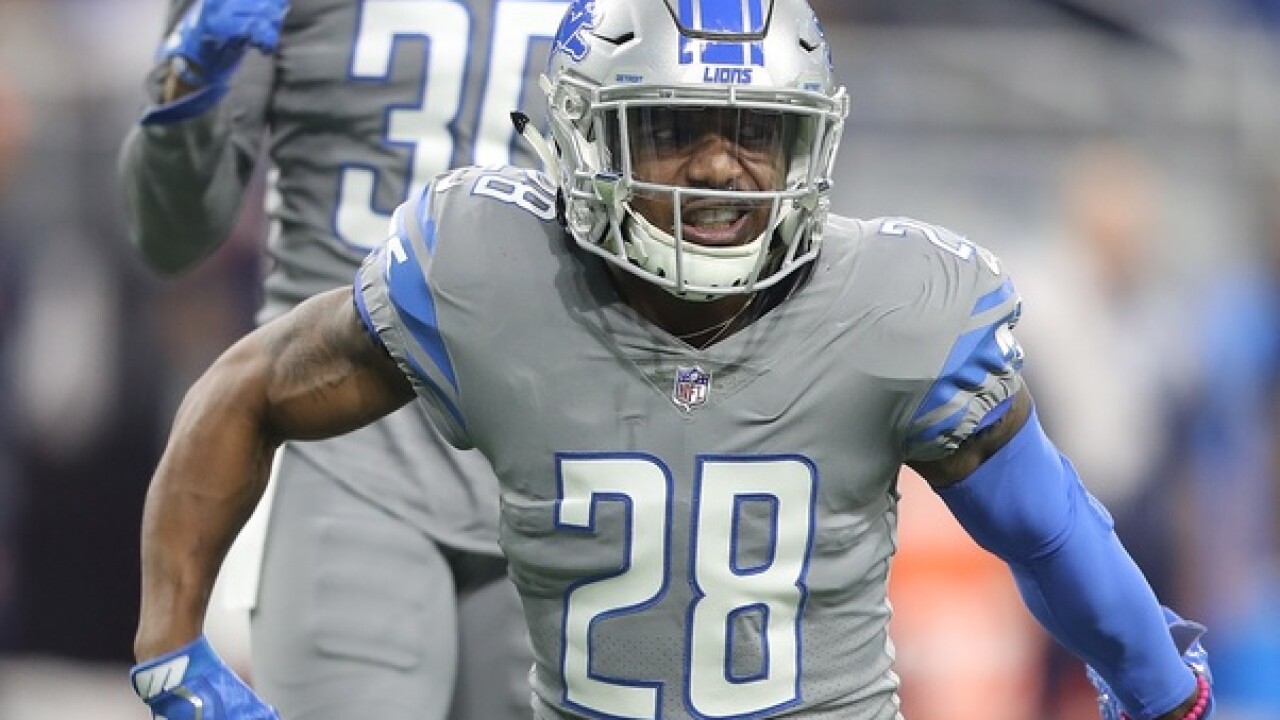 Copyright Getty Images
Leon Halip
<p>DETROIT, MI - DECEMBER 16: Quandre Diggs #28 of the Detroit Lions celebrates a defensive play against the Chicago Bears during the first half at Ford Field on December 16, 2017 in Detroit, Michigan. (Photo by Leon Halip/Getty Images)</p>

ALLEN PARK, Mich. (AP) -- Defensive back Quandre Diggs and the Detroit Lions agreed to terms Monday on a contract extension that will carry through the 2021 NFL season.

Detroit's sixth-round draft pick (200th overall) in 2015 out of Texas, Diggs is entering his fourth NFL season. He has appeared in 44 career games with 19 starts. His career totals include 131 tackles (110 solo), three interceptions, 16 pass defenses, three forced fumbles, one fumble recovery and one sack.

"Quandre has developed into one of our core defensive players and we are excited to come to this agreement that will have him as a Detroit Lion for the next four seasons." Lions executive vice president and general manager Bob Quinn said.