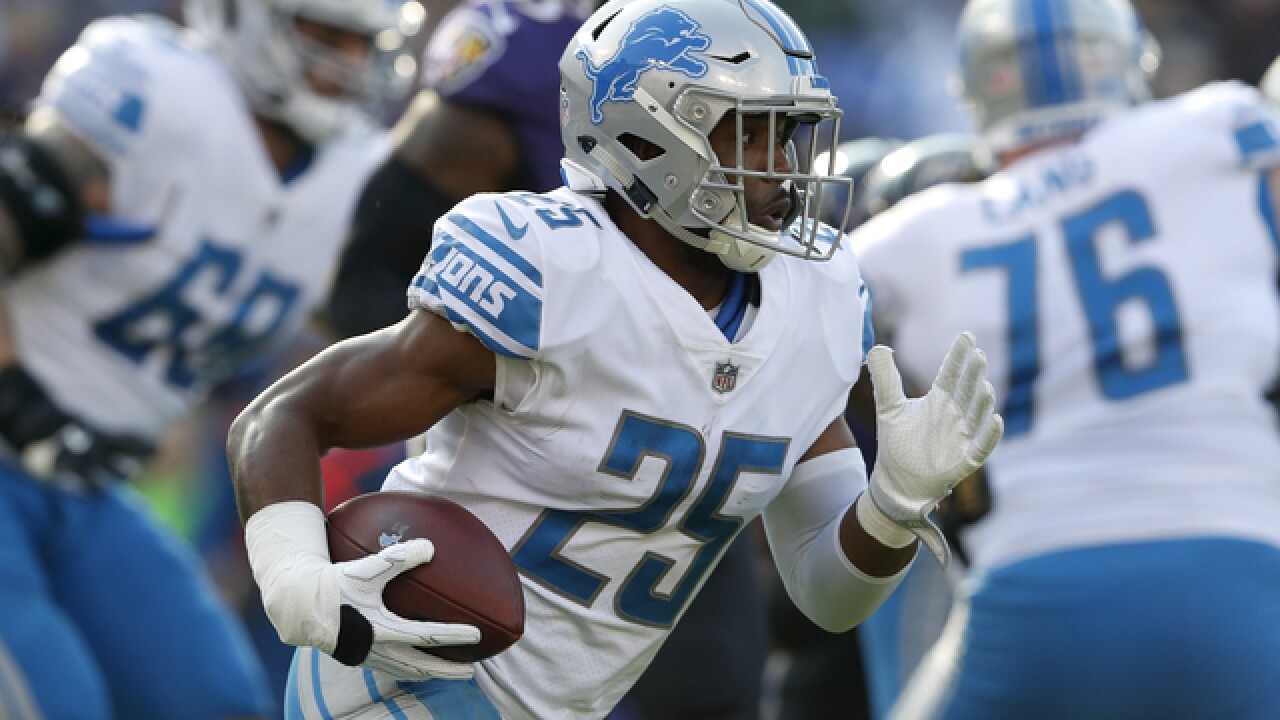 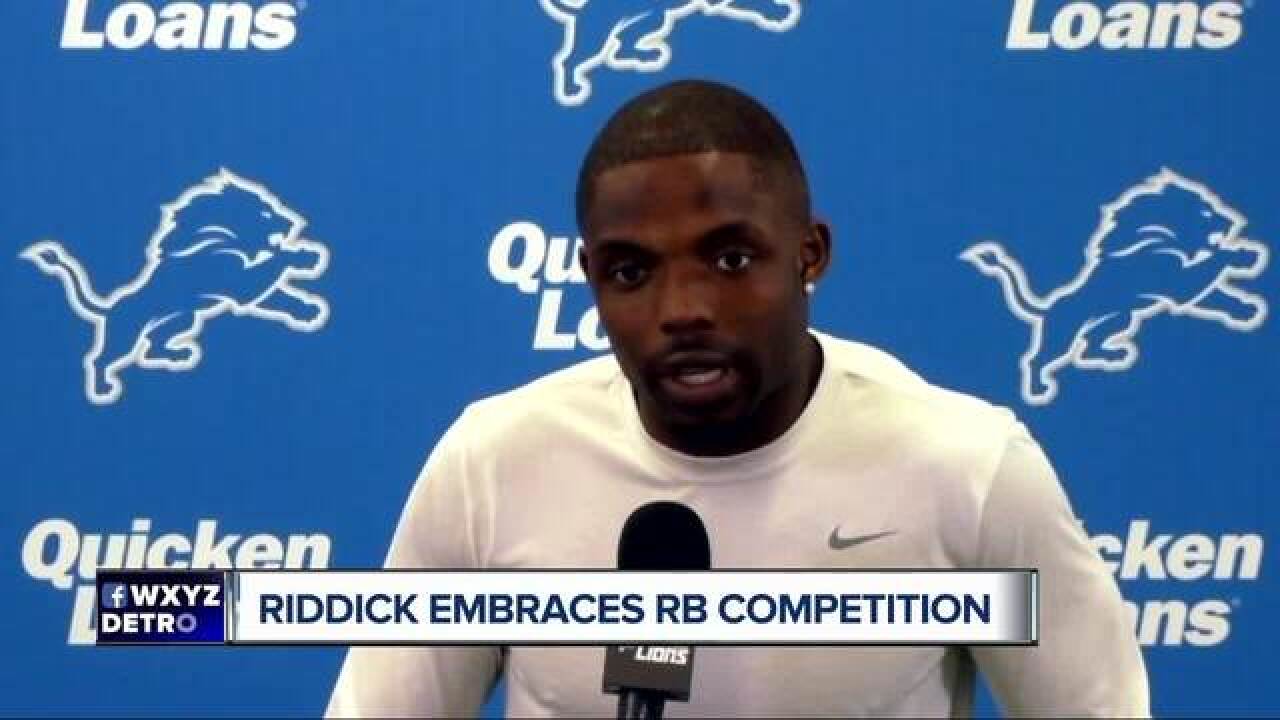 "I love it," Riddick told reporters Tuesday when asked about the increased competition for roster spots. "I love competition. That's why you play the game. I think we all do."

The Lions drafted Auburn running back Kerryon Johnson in the second round of the 2018 NFL Draft, and signed free agent LeGarrette Blount in March.

Riddick said he's excited for Johnson to arrive in Allen Park, and plans to mentor him the way Reggie Bush and Joique Bell previously mentored him.

"Having (Bush and Bell) be so helpful to me has definitely helped me help others, especially younger guys. Try to lead, help them make the team and gain knowledge of the game, things of that nature."