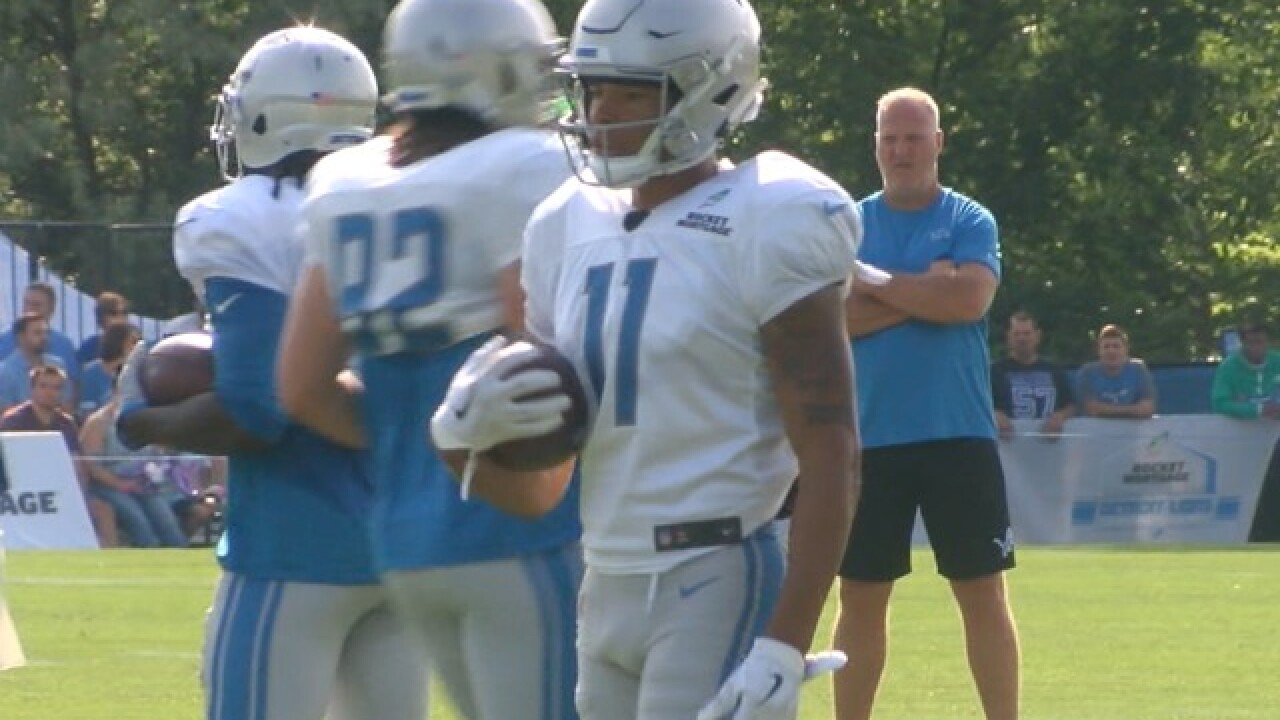 Copyright 2018 Scripps Media, Inc. All rights reserved. This material may not be published, broadcast, rewritten, or redistributed.
WXYZ-TV
<p>ALLEN PARK, MI -- JULY 29: Marvin Jones #11 of the Detroit Lions goes through drills at the team's training camp. (Photo by WXYZ-TV)</p>

ALLEN PARK, Mich. (AP) -- The Detroit Lions had a key player on offense come back from an injury and one walk off the field during practice.

Running back LeGarrette Blount, meanwhile, slowly walked off the field with a trainer during Sunday's practice. It was not clear why Blount went back inside the team's training facility.

Jones got tangled up with a teammate on Saturday and landed awkwardly. The training staff evaluated his left leg and he was held out of the rest of practice.

Under the rising sun the next day, Jones was in full uniform with his teammates and didn't appear to be affected by whatever was ailing him.

"I'm out there rolling," Jones said. "It's the first day of pads and I'm going to be out there."

Jones insisted he wasn't scared that his injury could've been more serious.

Detroit coach Matt Patricia said Jones was evaluated before going back onto the field.

The Lions will be counting on Jones to be one of Matthew Stafford's top targets again this season. And, they're hoping Blount can bolster a running game that has been poor in recent years.

Jones had a career-high 1,101 yards receiving last season. He also had 61 receptions and caught nine touchdown passes, falling just short of career highs in both categories.

Over the past three seasons -- two in Detroit and one with the Cincinnati Bengals -- he has averaged 60 catches and 949 yards receiving.

"Any player in the league, they want to be consistent and kind of stay on top for the length of their careers," he said.

Detroit signed the 31-year-old Blount in the opening days of free agency after he helped Philadelphia and New England win the past two Super Bowls.

The Lions have been one-dimensional on offense in recent years because they simply couldn't run the ball consistently. Even if Jones catches fewer balls because the team is moving the ball on the ground, he is all for it.

"It starts up front," Jones said. "You want to run and that's going to open up everything and vice versa."